Organised activities at tourist magnets may not rank highly for people like me who delight in roads less travelled. But this one at New Zealand's most popular tourist town is so cool I just had to write about it. Plus I had some video to illustrate it. Flying aerobatic manoeuvres over the stunning landscapes of Queenstown in winter is simply awesome, and something I'll never regret doing despite the costs. 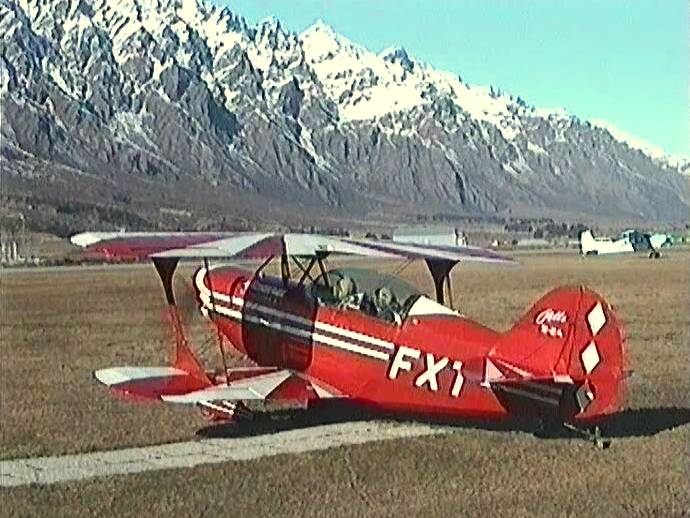 It was a spontaneous decision; the result of browsing the staggering range of brochures available to Queenstown visitors. Nowhere else have I seen so many imaginative endeavours designed to separate tourists from their money ... but that doesn't mean there aren't activities which are genuinely worthwhile.

One brochure kept calling me; it was for something I'd always fancied doing but never had the opportunity. Now, however, Queenstown was offering me the opportunity: to ride in a Pitts Special high performance aircraft, doing loops, rolls, dives, spins and other gut-churning movements above splendid mountain and lake scenery. Resistance was futile.

One phone call, a short ride to the airport and a safety briefing later, and it was time to fly. Another person was doing the trip, and as only one passenger can fly at a time in the tiny two-seater plane, I was able to watch the other guy go up and see what I was in for.

My turn came, and on sitting in the tiny passenger compartment I was struck by just how small the aircraft was. Feelings of vulnerability grew with speed, but this wore off once airborne. Soon I was absorbed in admiring the views, and noticing how much of the recent low-level snowfall still covered the ground. Then everything turned upside down. 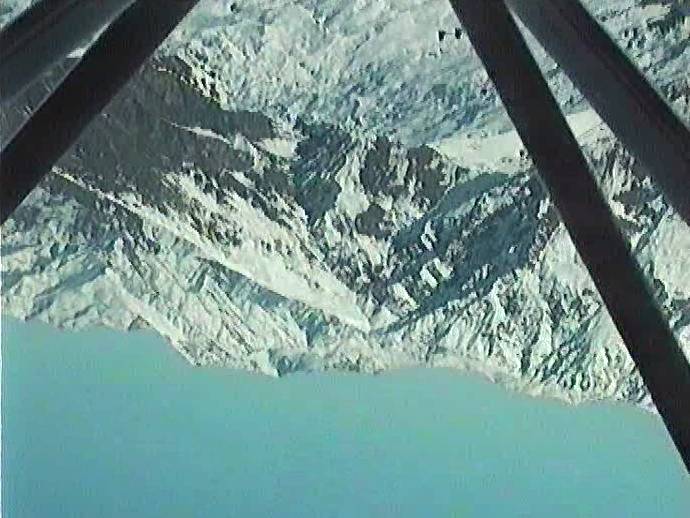 The picture is not upside down - the aircraft is

Flying inverted as part of a fast loop feels safe because G-forces pull you into the seat. But when flying upside down in a straight line, only the harness is stopping gravity from pulling you out of the seat. It was exhilarating ... after the initial few seconds.

A good range of aerobatic manoeuvres was covered, such as loops, rolls, flying upside down and every other angle, and fast dives with sudden pull-ups. Towards the end the pilot cut back the engine and let the plane spin towards the ground, recovering and pulling up at what seemed like the last minute. By this time I had become very confident in the pilot's abilities, so I was able to relax and really enjoy the sick-inducing sensations.

I managed to not be sick, but I did have a little trouble keeping my video camera still. This was a challenge, using a 1990s analogue video camera weighing nearly as much as a brick, in an erratically moving vehicle with sudden G-forces from any direction. Somehow I captured enough to remember the experience, which appears below.

Rising prices and changes to my travel budget mean I would be less likely to do such a flight now. This only makes me more grateful that I was able to take the opportunity presented by Queenstown's thriving tourism industry - an indulgence I've not regretted.