Five strategies to annoy tourists and discourage them from hanging around

For those who manage businesses or facilities which serve tourists, here are some tips on how to annoy visitors and encourage them to go somewhere else. They are easy strategies which, if adopted, can frustrate holidaymakers and lead to less of them bothering you.

Now why would I write such a page? Partly it’s to express some minor gripes from my own travel experiences ... and I feel better for it. But also to highlight how some things which are seemingly small can get in the way of smooth travel. Things which, if fixed, may encourage visitors.

In no particular order, here are five strategies which have discouraged me from lingering and fully exploring an area, and which might deter others too.

1. Close or reduce your opening hours for the off-season ... but don't tell anyone

Strategy: Widely advertise a business or place of accommodation, but don't mention details like seasonal changes to opening hours, or temporary closures. If you do specify opening times, only mention the summer hours.

Result: When your advertising works and visitors come, some will turn up in the off-season to find a "closed" sign or a deserted premises. If this happens often enough in one place, the frustrated visitor might just move on to the next.

Reduced hours or closures are always a risk for tourists visiting out of season, who should seek out such information. But it doesn't help if there is no such information to be found.

The can be especially inconvenient with accommodation. Once I drove out of my way to stay at a caravan park at Swansea in Tasmania because the advertising made it look appealing. Arriving late in the day I was greeted by a small notice saying it was closed for the winter months, a detail not mentioned in the ad. Not a great first impression of the town!

Another time I tried to visit a cheese maker in Western Australia. Online and printed advertising plus the sign on the highway all said it was open daily. I drove twenty minutes out of my way up gravel roads to find another sign at the premises saying "Closed Wednesdays" ... and of course it was a Wednesday. I would have visited another day if only I had known.

Even if tourists have an opportunity to return, some won't bother: one frustrating experience can quench the motivation to try again another time. 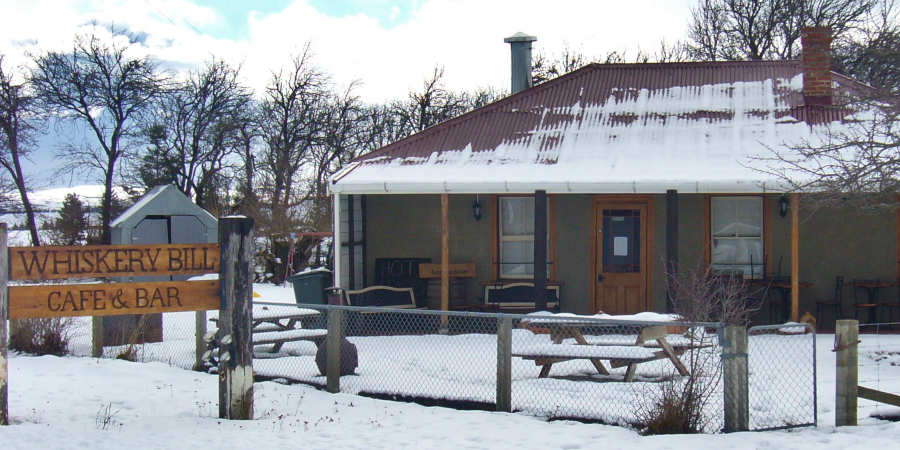 It would be frustrating to drive on slippery roads to this remote NZ cafe only to find it closed. Fortunately the closure was publicised, so no frustration was experienced in capturing this image.

Strategy: A walking track or other natural attraction may need to be closed for reconstruction or repair. Continue to promote it, but don't publicise its temporary closure.

Result: The unsuspecting visitor first learns of the closure after travelling all the way and finding it inaccessable. This causes irritation, and may discourage a visitor from investing time and effort into other walks in case there are other secret closures.

This is related to the first, but can happen in any season, and is not as uncommon as you might expect. It happened to me once when trying to visit the Waterhole lookout in a certain National Park in eastern Tasmania. There was no news of any closure in the visitor centre, my accommodation, the relevant website, or anywhere along the route to the track. As a diligent traveller I’ve learned to always look out for such signs.

The first and only clue to the lookout's closure was a big fence blocking access to it, with a construction sign on it. I only saw that after driving along a slippery gravel road and walking most of the track to the lookout. If the intention of keeping the closure a secret was to exasperate, it was a splendid success.

Unpublicised closures consume time that visitors could have spent somewhere else, and make them wonder what else might not be worth trying to visit.

Result: If a visitor has to pay through the nose with coins he doesn't have for a too-short shower which isn't hot enough and leaves his clothes and shoes wet, he will feel irritated and ripped off. If unsure whether to stay another night, this might tip the balance against it. If returning to the area, other accomodation options may look more attractive.

Those who haven't stayed in caravan parks - or anywhere with shared ablution blocks - may not appreciate the power this seemingly small issue has to annoy. But when you're travelling around in a caravan or campervan, and especially when tenting, a good hot shower in clean facilities can be a highly prized and anticipated comfort. Especially if you've been using bush campgrounds and haven't washed for a couple of days!

When someone pays an overnight fee, the main tangible services that visitors feel they have paid for are a patch of ground to park on, electricity (if on a powered site) and the ablution facilities. The many other running costs of caravan parks are less visible. The prominence of shower facilities, and their importance to travellers, gives them a disproportionately large influence in determining whether a visitor is satisfied or disappointed. 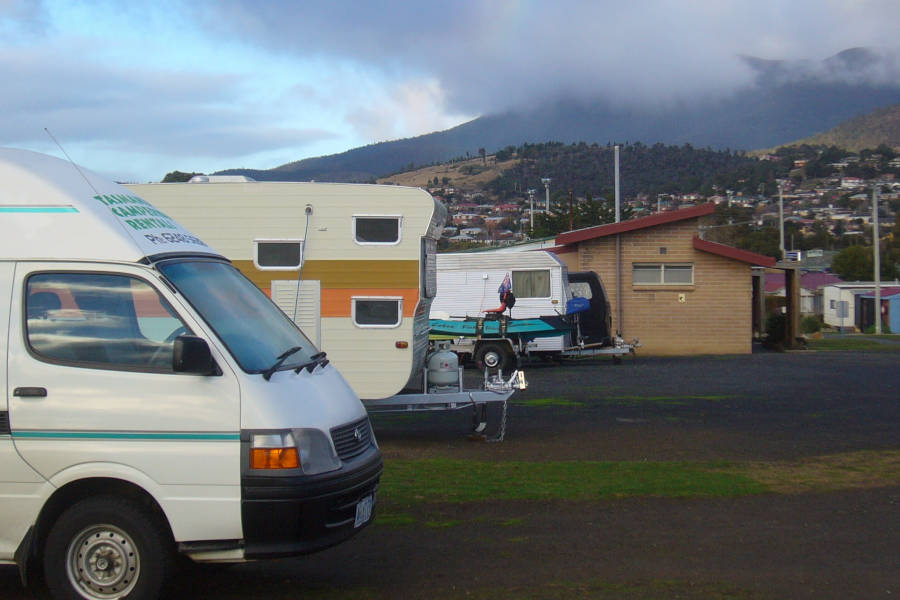 Dreams of a nice hot shower lure cold and dirty travellers to caravan parks. Disappointment means some may not return.

4. Keep road signage to a minimum

Result: Poor or absent signage may lead to tourists cruising past instead of inconveniencing you with their presence. Some might see a sign and have the opportunity and determination to turn around and go back, but others will just keep going and spend their time and money elsewhere.

Tourists are, by definition, people who are visiting from somewhere else ... and therefore not familiar with the area. So on a road which is busy or demands concentration, the turn-off to an attraction or place to stay needs to be clearly marked. And with prior warning so there is enough time to slow down safely without the risk of being hit by the inevitable tailgaters. On wet or gravel roads it may not be safe to stop quickly, and opportunities to turn around may be lacking.

For these reasons, poor signage can be a highly effective way to minimise visitors. I've missed a few scenic attractions thanks to not seeing signs until it was too late to stop safely. Sometimes I've turned around and gone back, but not always. A long distance to the next safe turning place provides time to reconsider, or to just run out of time.

Accommodation is especially affected by poor signage. There are usually other places to stay, so unless booked and committed, missing one place can lead to someone staying at another instead. This has happened to me many times.

Strategy: Entice tourists to hire your cars or campervans with the promise of freedom ... to go where they want at their own pace. But in the rental agreement, prohibit them from driving on unsealed (gravel) roads, with the threat of serious financial penalties if they do and something goes wrong.

Result: Visitors soon learn that a large chunk of Australia's scenic spots can only be reached by driving on unsealed or gravel roads, at least for part of the journey. Outside of the most populated area, sticking only to sealed roads will significantly restrict how much of the great outdoors can be visited. This works against the whole point of having your own wheels.

Driving on gravel when the fine print says you can't is more of a risk than many realise. It is a breach of the rental agreement, which can invalidate the vehicle's insurance for the whole trip - not just the part on gravel.

Renters who have driven on gravel could - potentially - be made fully liable for all damage, even that which had nothing to do with driving on gravel. Some companies threaten to charge a penalty or "inspection fee" for a returned vehicle merely showing the tell-tale signs of having been driven on gravel - even if there is no damage.

Many visitors don't read the fine print and drive on gravel anyway ... most get away with it and have a great trip. But an unlucky few will suffer some minor damage that becomes very expensive if there is any evidence that they have driven on gravel. And washing the vehicle doesn't remove all evidence.

Other more cautious drivers who read the rental conditions may be nervous about venturing off the bitumen, or avoid gravel altogether in order to be safe ... and miss out on much of what the country has to offer.

Either way, prohibiting rental vehicles on gravel roads is a simple and easy deterrent to visitors wanting to come here and explore the great outdoors. 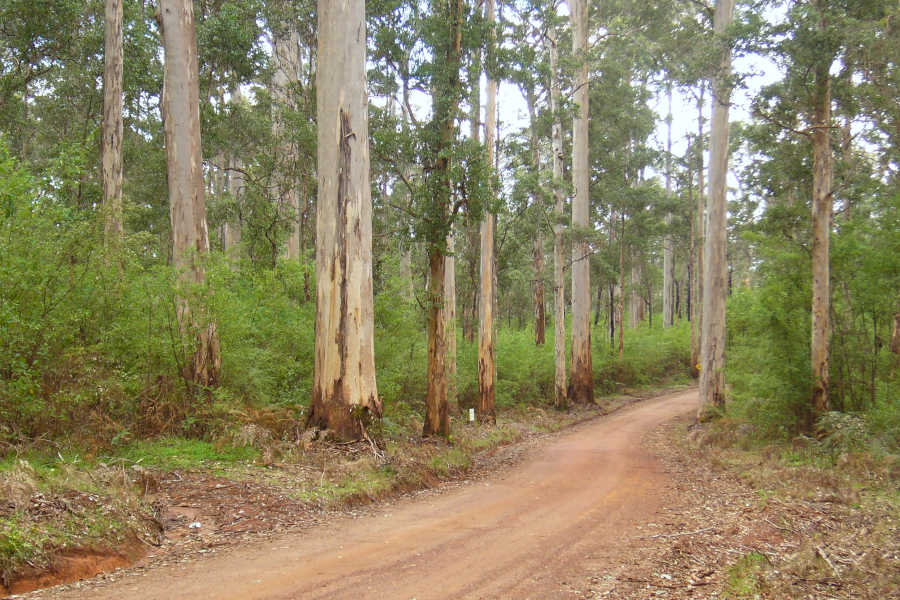 But do these things really matter?

Some would say these are ‘first world problems’, and there is truth in that. What I’ve described are small inconveniences affecting people privileged enough to be on a holiday, and obviously don’t compare with “real” problems.

But that doesn't make travel annoyances inconsequential. On the contrary, tourism is a massive part of the economies of many countries, rich and poor. Countless people depend upon satisfied travellers to earn their livelihood. Issues which work against this shouldn't be downplayed, especially when the solutions are not exactly rocket science ...

If the goal is to annoy tourists and prevent them having a smooth frustration-free holiday, then applying the above no-cost no-effort strategies will get results. But if the goal is to make visitors feel welcome and make it easier for them to access facilities and services (and spend money), then clearly the opposite applies.

Insuring rental vehicles for unsealed roads may have added costs, but it can be done - some companies manage it. Improving things like signage and shower cubicles shouldn't be beyond anyone! Conveying information, such as opening hours and closures, is easier now than at any other time in history.

The benefits may well be out of proportion to the costs involved. For example, installing shower curtains and clothes hooks is probably cheaper than having even just a couple of slightly disappointed guests choosing to try a different caravan park next time.

So please, can someone put up some shower curtains and let us know their winter opening hours in advance?

Campervans and cold weather
The challenges and rewards of campervan travel in Australia in cold winter conditions
Special places: tell others, or keep quiet?
The dilemma of wanting to share a place with others while wanting it to stay unspoiled by crowds
Top travel quotes
A collection of my favourite quotes containing wisdom relevant to travel
Winter travel in Australia and New Zealand
Some advantages of travelling down under in the winter off-season
Five ways to annoy tourists
Five strategies to annoy tourists and discourage them from hanging around
Tasmanian forestry signs
The public relations messages behind some of the signs you see in Tasmanian forests
Australia's unappreciated wonders
About the overlooked and understated nature of so many of Australia's great wonders