The many Blue Lakes

Most lakes appear blue when seen under a blue sky, so naming a body of water 'Blue Lake' may seem too obvious and unoriginal; a missed opportunity to add a more distinctive label. And yet ... in Australia and New Zealand many lakes have been given this same name. In my travels I've 'collected' a few Blue Lake visits, and have come to realise that this unimaginative name might not be such a bad choice after all. 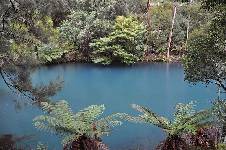 I saw my first Blue Lake on a school excursion to the Jenolan Caves, just west of the Blue Mountains near Sydney. As well as one of Australia's best cave systems, the Jenolan Caves has a scenic access road, a dramatic rock arch, and a pretty lake which the brochures described as "impossibly blue".

On a sunny day in the right light, Blue Lake does indeed look more blue than your average lake. Someone said the colour was accentuated by tiny particles of clay and limestone in the water. I've revisited a couple of times since then, and it has looked extra blue each time.

The next Blue Lake I came across was on a hiking trip to the Snowy Mountains. This one occupies a basin gouged out of rock by a glacier in the last ice age; one of only five lakes on mainland Australia to be formed by glaciers. The glacier may be long gone, but the lake is frozen for about four months each year and its rocky walls draped in snow drifts well into summer.

Blue Lake can be visited by taking the Lakes Walk, a magnificent track taking in Australia's highest peaks and ridges and each of the glacial lakes. It is a 31km round trip from Thredbo, or a bit less if starting from Charlotte pass. I've done the walk a number of times in different weather and seasons, and while Blue Lake was a lovely sight each time, it didn't look any more blue than other lakes. 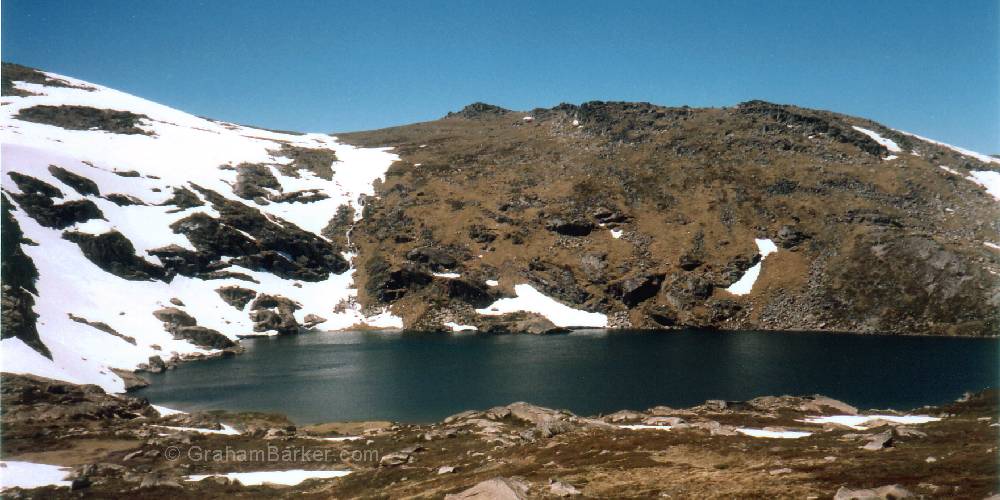 Mount Gambier is a volcano which erupted through limestone plains in South Australia as recently as 4300 years ago, leaving behind four crater lakes. Two of these have dried up, and the best known of the survivors is Blue Lake, from which the surrounding town of Mount Gambier gets its water.

From November or December to March the lake has a vibrant blue colour, thought to be caused by calcium carbonate which precipitates out of solution in the warmer surface layer during these summer months. In the cooler months it returns to a grey-blue colour when the water mixes more thoroughly, re-dissolving the calcium carbonate and bringing more tannin to the surface from below.

My only visit to Mount Gambier was in summer, and the lake lived up to its blue reputation. 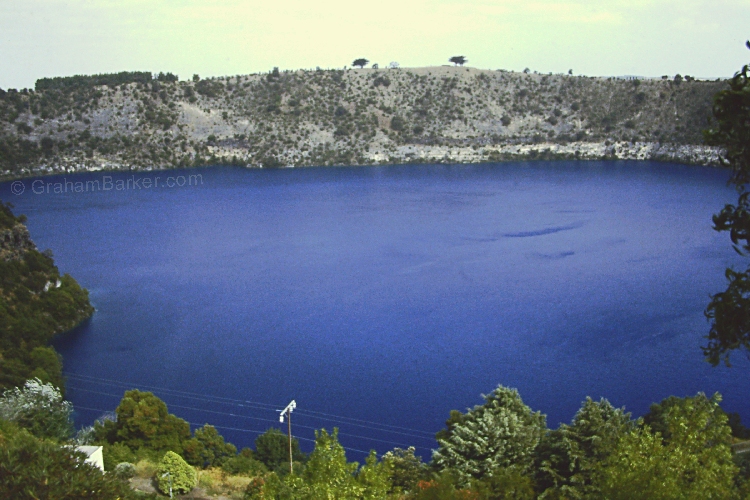 Tasmania's contribution is known also as Little Blue Lake, even though it isn't all that little. I found it near the road between Pioneer and Gladstone in the north-east corner of Tasmania - on the way to the Mount William National Park and the Bay of Fires.

Unlike the other blue lakes I'd seen so far, this one was was the result of mining, being part of the excavations of the old Endurance Tin Mine now filled with water. Suspended white clay and other minerals are responsible for the strong colour of this lake, and the water appeared a milky blue-green on my visit - more colourful than I would have expected on a cloudy day. 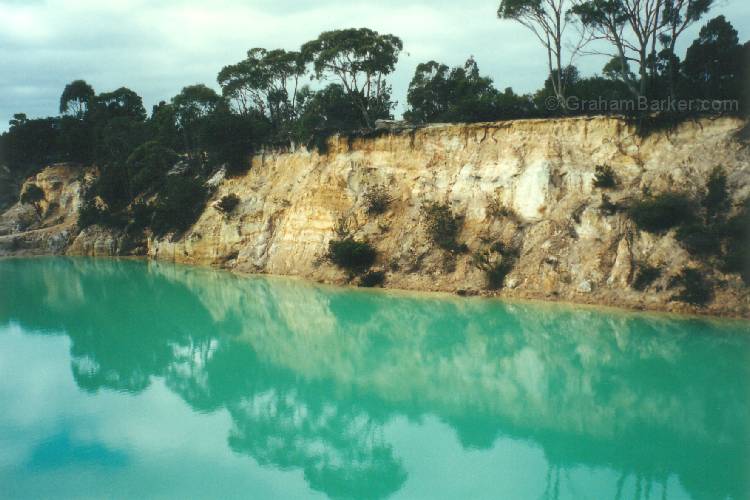 The final Blue Lake I've come across so far is tucked away in a quiet corner of Central Otago, in New Zealand's south island. It sits next to the ghost town of St Bathans, and like the town it is the result of a gold rush in the late 19th century.

Originally, the lake's location was occupied by a 120m hill, but decades of sluicing operations turned the hill into a 68m deep hole which later filled with water to form the lake. As for its blueness ... I'm not sure. It was a lovely blue when I saw it, but I'm not convinced it was more blue than any other lake would be on a sunny blue-sky day. 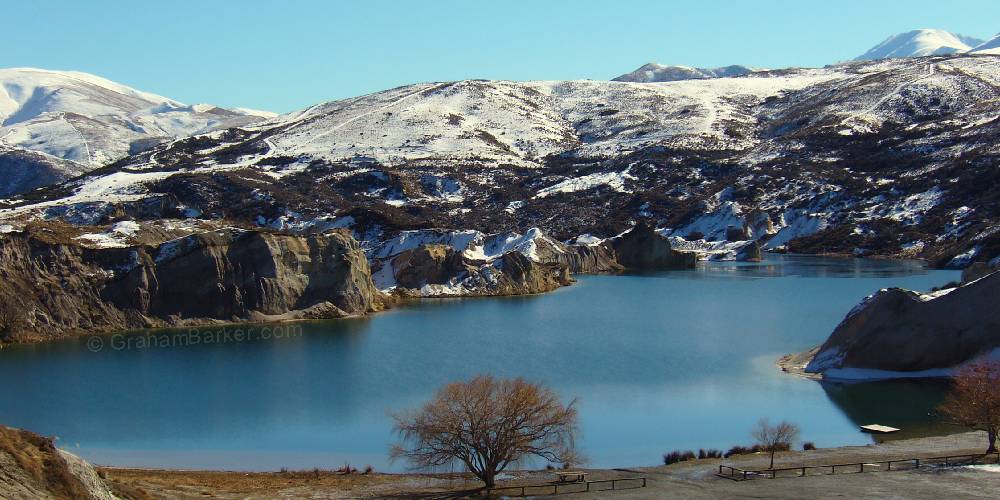 But wait, there are more! Some searching revealed these further water bodies named Blue Lake in Australia and New Zealand. The first two I've passed by without being aware of, the last three I'm yet to visit, and no doubt there are others.

Visiting different places united by a common theme can be an interesting style of travel, and an excuse to go and see things which might otherwise be missed. So it has been for me, visiting water bodies named "Blue Lake".

Far from being unoriginal, I found that "Blue" can often be a descriptive and well deserved name for a lake. Collecting these lake visits has also led me to look at the lakes more closely and make comparisons, which has drawn my attention to the different ways lakes can be formed. Of just the five Blue Lakes above, one was gouged by ice, another born in a volcano, one is in limestone country, and two the result of mining - for tin and gold.

Having such variety emphasised - by visiting places based on a theme - increases my appreciation of where I visit. This can only be a good thing ... and has got me thinking about other themes I can use as excuses to go travelling.