Battle of the Cardrona bra fence

Once upon a time in rural New Zealand, some women hung their bras on a roadside fence. Inspired by the sight of feminine undergarments dangling in the breeze, many others felt compelled to take off their bra and hang it from this fence. A great bra collection grew, drawing admiration from locals and tourists alike, but a happy ending was not guaranteed. Some locals objected, and the battle was on ... the battle of the Cardrona bra fence. 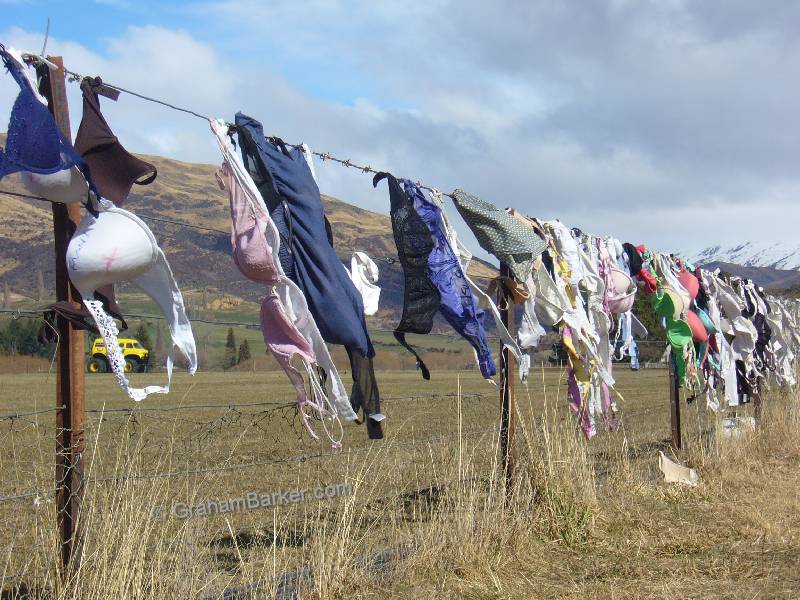 How the bra fence began is the stuff of legends. Apparently four women were celebrating the 2000 new year at the Cardrona Hotel. After leaving the pub late at night they each hung their bra on the nearby fence as a celebration of the new millennium. Exactly how this action relates to the millennium probably requires a night of drinking to appreciate!

Whatever the motivation, the eccentricity of a bra collection hanging from a roadside fence held some appeal for most who saw it. In the following years the bra population multiplied and grew to be a distinctively unique tourist attraction. It gained worldwide attention, not to mention frequent donations of underwear from visiting women who "caught the vision". 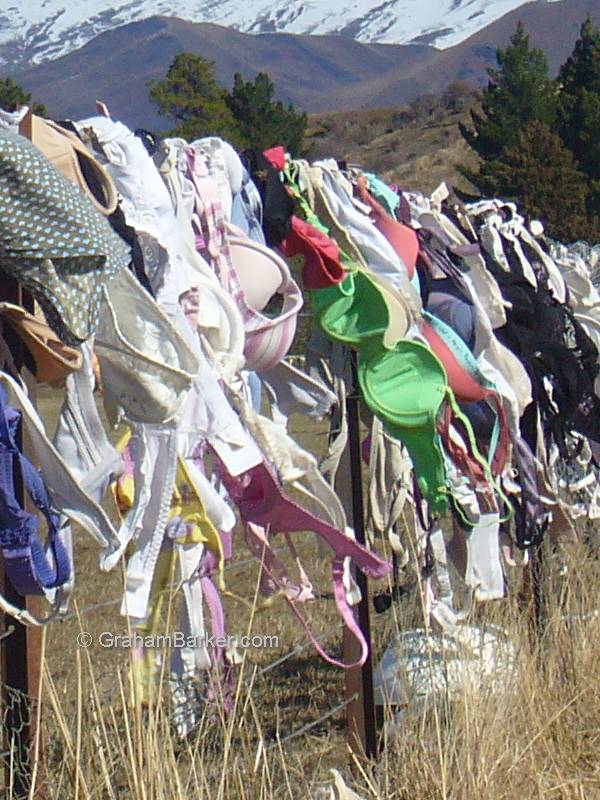 Unfortunately, not everyone loved it - the colourful sight of hundreds of women's undergarments hanging artistically from a rural fence tended to polarise people. The great majority viewed it positively, but a few saw it as an eyesore and an embarrassment. Some thought it was a traffic hazard, and tried to have it removed. Others claimed it might offend Japanese students staying 24km away in Wanaka.

After unsuccessful legal challenges, and the burning of many bras (the ones on the fence), it was found that the fence sat on public land. The Queenstown Lakes District council stepped in and ordered the removal of the bras from the fence, on the grounds that they were an eyesore and a traffic hazard. On September 9, 2006, over 1500 bras were finally removed from the fence.

I visited the bra fence at its glorious peak, and thought it was rather decorative and unique - a fine example of the quirky sense of humour enjoyed by New Zealanders and shared by Australians. To me, it looked no more unsightly than some of the other man-made structures in the region. 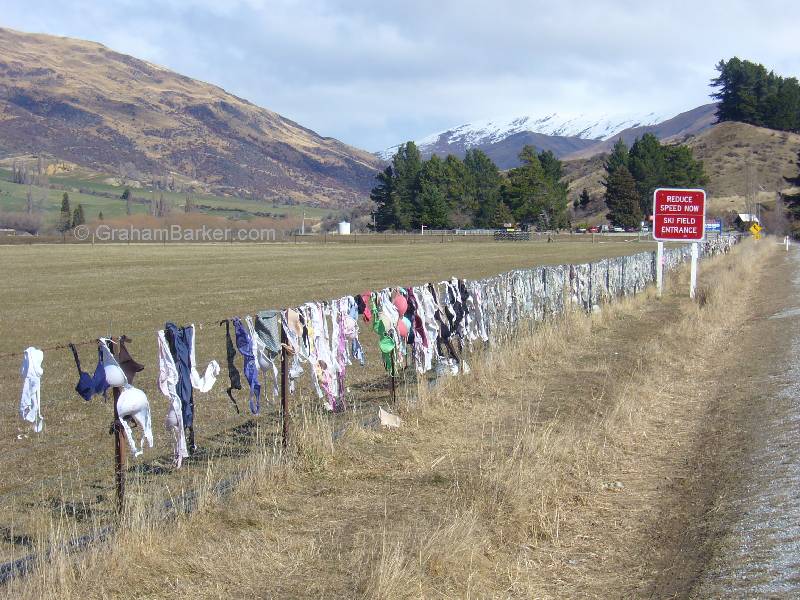 The Cardrona bra fence two weeks before its removal in 2006

On the other hand, it might well have been a traffic hazard. The bra fence was near the turn-offs to some ski areas which are busy in winter, and it's not hard to imagine problems caused by people pulling over to take photos ... or simply being distracted by so many bras. But then there are plenty of other roadside distractions which nobody seemed to be as concerned with.

So it looked like the battle of the bra fence was lost, victory going to the vocal minority who no longer had to suffer the sight of a fence that didn't look the same as every other fence. Rules once again snuffing out something which dared to be different.

But the battle wasn't really over. Humour and creativity won in the end, and the bra fence was relocated from the main highway to the driveway entrance of "The Cardrona" horse trekking and quad biking business. In 2015 it was named "Bradrona" and fitted with a donation box to raise money for breast cancer.

Travellers can still behold the unique spectacle of mammary support garments fluttering majestically in the breeze on a humble kiwi fence ... and support breast cancer research at the same time. 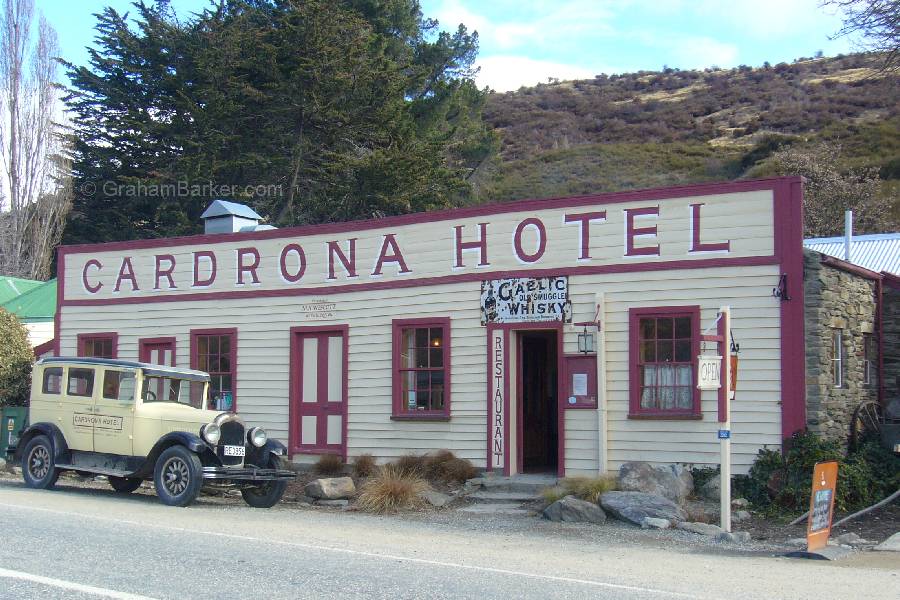