Seven reasons to consider staying out in the suburbs or out of town, rather than in central locations

When visiting cities or large towns, many tourists prefer staying in central locations. The convenience makes a lot of sense, so why would you want to stay out in the suburbs, or out of town? Here are some of my reasons.

Not all of these reasons will appeal to everyone, or apply to all locations or times. But they account for why some travellers steer away from where the crowds go, at least some of the time. In no particular order ... 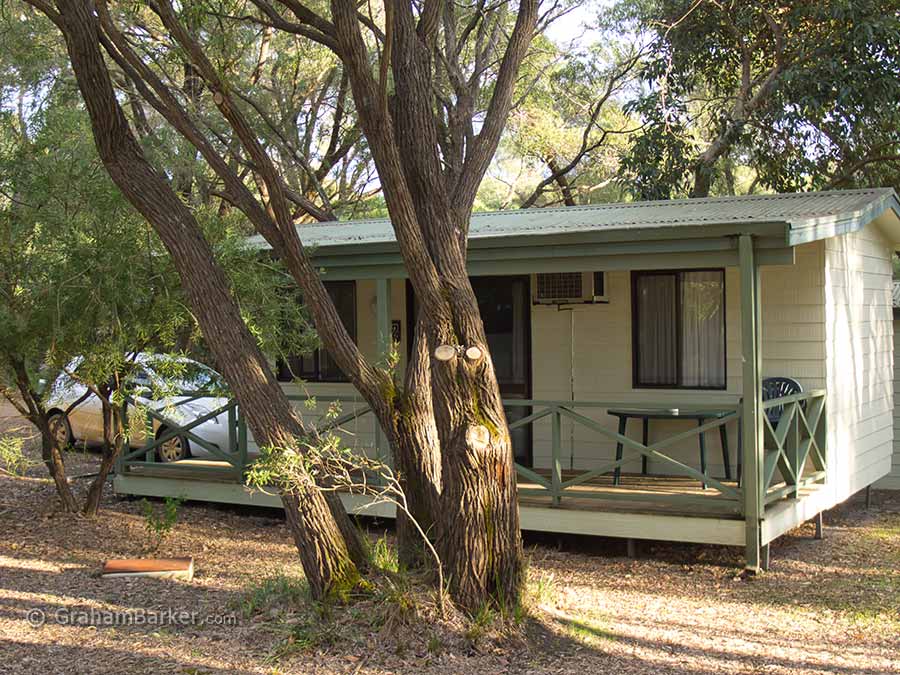 Even with small towns like Walpole in WA, staying out of town can make a difference

Being centrally located can mean being easier for travellers to get to, and handy for tours and attractions. This can lead to greater demand ... and higher prices. On the other hand, places a bit out of the way, or harder to get to - and therefore less attractive to the masses - may charge less.

This simple economics doesn't always apply, but it often does in cities. Commuting to cheaper accommodation out of town can save money, even if it costs a little extra to get there. With a limited budget or on a long trip, this can really help.

Accommodation is not the only benefit. Self-catering travellers may find that suburban supermarkets stock a larger range of groceries at better prices than smaller city centre shops.

For travellers dependant upon public transport, or wishing to walk everywhere, a central location makes sense. But what about those with their own vehicle?

It can be hard or surprisingly expensive to park in a city centre. But in accommodation further out, where most visitors arrive in their own transport, parking is usually much easier, and free.

Noisy environments are not good for mental health. There are scholarly articles which support that, but city dwellers usually learn it for themselves through relaxing in quieter places.

I've stayed in a couple of inner city hostels in Christchurch and been very conscious of the background noise of traffic and other peoples' activities. Yet in a suburban hostel near the river and a park, 3km from the city centre, the only background noises were the chirping of birds. And even they quietened down at night. 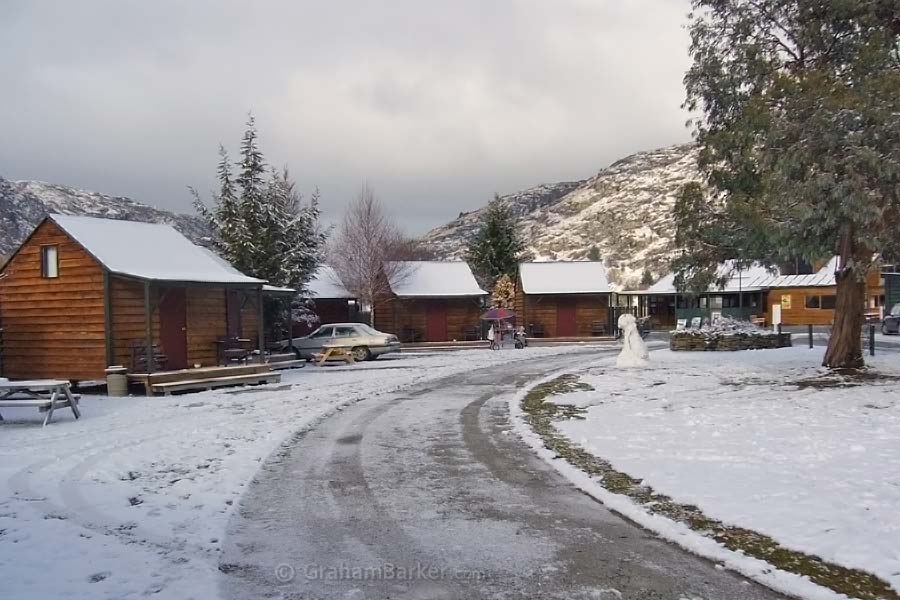 Peace and quiet at Arthur's Point, near Queenstown, NZ

Queenstown is another example. Central parts of this bustling tourist town can be far from peaceful at times. Yet just five minutes away by car is the holiday park at Arthur's Point, which feels like a remote mountain hideaway in comparison.

Staying out of town doesn't guarantee quietness. But unless the accommodation is next to a busy road, pub, or other source of noise, the local area is likely to be quieter than a conveniently located place in a city centre.

In the centre of a town or city, your neighbourhood might be dominated by roads, traffic, shops, and other buildings. Staying further out may not give you a wilderness, but it will increase the likelihood of a bit more nature in the vicinity - a park, some bush or water, or even just more open space.

In Hobart I once stayed across the river from the city in the suburb of Bellerive, near the foreshore and its walk trail. It was a lovely area to wake up in.

My favourite example is Wellington in New Zealand, where I stayed in the northern coastal suburb of Plimmerton, about half an hour from the city centre. In the city I would have been surrounded by roads and buildings. At Plimmerton I was just a few metres from the sea, with lovely views up and down the coast. I woke to the sound of waves and could enjoy an early morning walk along the shore. 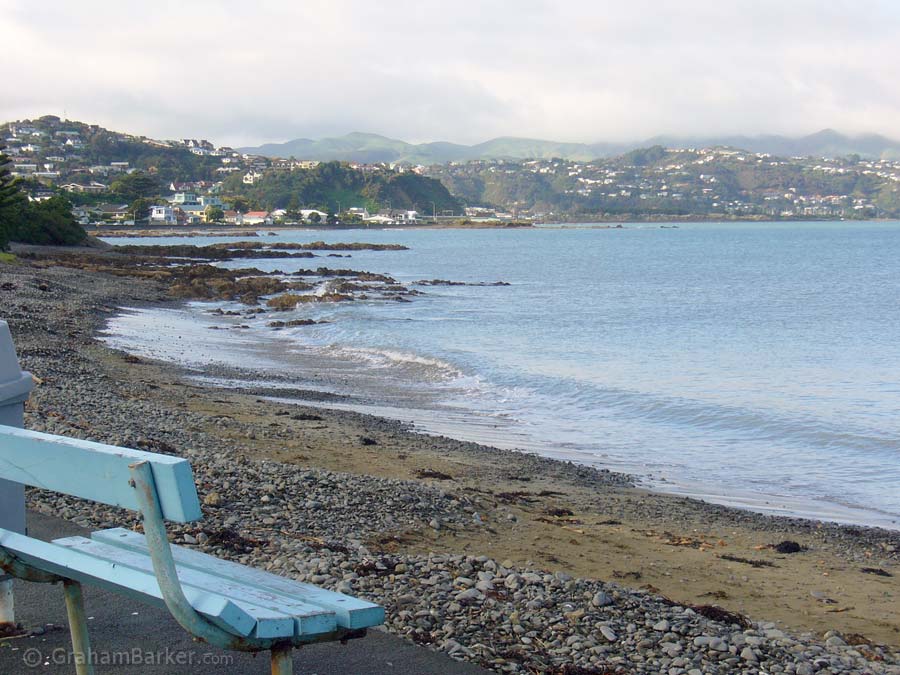 The Plimmerton coast near Wellington, NZ

More representative of how the locals live

In the larger cities of Australia and New Zealand, the city centres are mainly for working and shopping. The growth of inner city apartments has begun to change this, but the majority of people still live in suburbs surrounding the city centre, and commute in and out as needed. So if you stay in centrally located accommodation, you're not really experiencing the place as most of the locals do.

By staying out in the suburbs, you're living (and shopping, if self-catering) in the sort of environments where most of the locals do their living and shopping. Commuting into the city on public transport is also something the locals do, even if for different reasons.

In Sydney I've stayed in diverse suburbs like Marrickville, Manly Vale, Turramurra, Randwick and Carlingford, amongst others. This has given me a better picture of the habitats of Sydney residents than if I'd only stayed in the concrete canyons of the city centre.

This only works up to a point - a visitor on holiday can't fully immerse into the lives of locals living their routine, non-holiday lives. But staying out in the suburbs does reveal a broader and richer picture of a city's people than being confined to the centre. 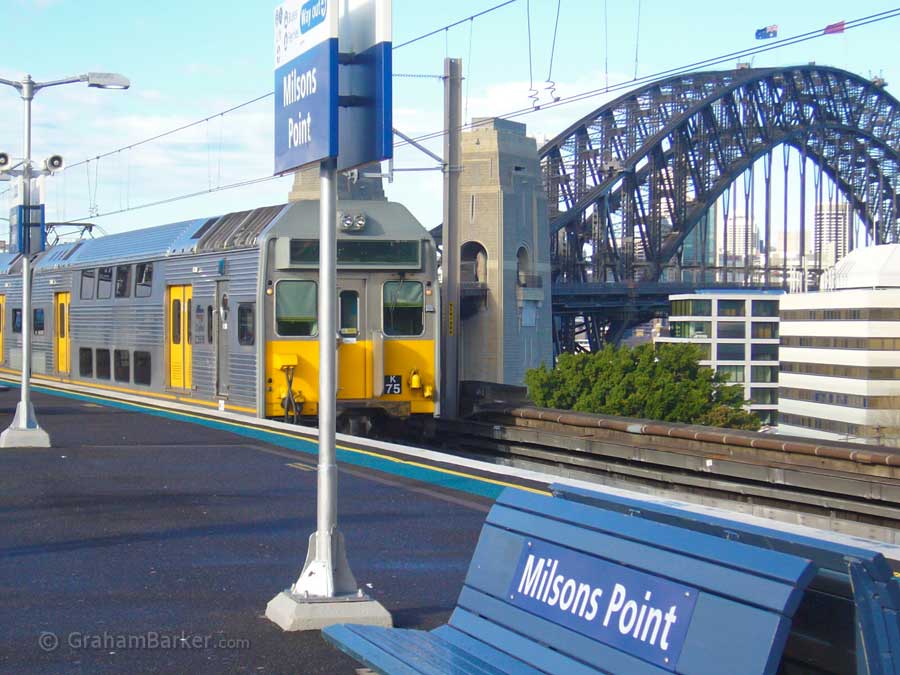 You see more of the city

Having to commute into and out of the city centre forces you to see parts of the city you wouldn't have seen if you'd stayed in the centre. Even mundane bus journeys in peak traffic can be a small adventure if done in small doses while on holiday, rather than being repeated ad nauseum as part of commuting to work.

Over the years I've stayed in a number of Melbourne suburbs which required regular tram journeys. In the process I’ve explored more of Melbourne than I otherwise would have ... and found some places worth visiting which I might have missed.

Travelling between Wellington and the Plimmerton lodge I mentioned earlier involved a train journey through scenery very different from where I live. Workers who had done the trip a thousand times were probably bored by it; some certainly looked that way. To a visitor like me, it was new and different.

Staying in a city centre may be convenient, but are the local streets somewhere you'd feel safe walking alone late at night? Or leaving luggage in a parked car?

The probability of actually being robbed or attacked is quite low in Australia and New Zealand; most travellers aren't bothered by crime. But in a large city the central area is generally not as safe as quieter outer suburbs. With local variations, of course. And even when nothing goes wrong, the perception of safety is a subtle and intangible factor which can affect the level of enjoyment of a holiday. 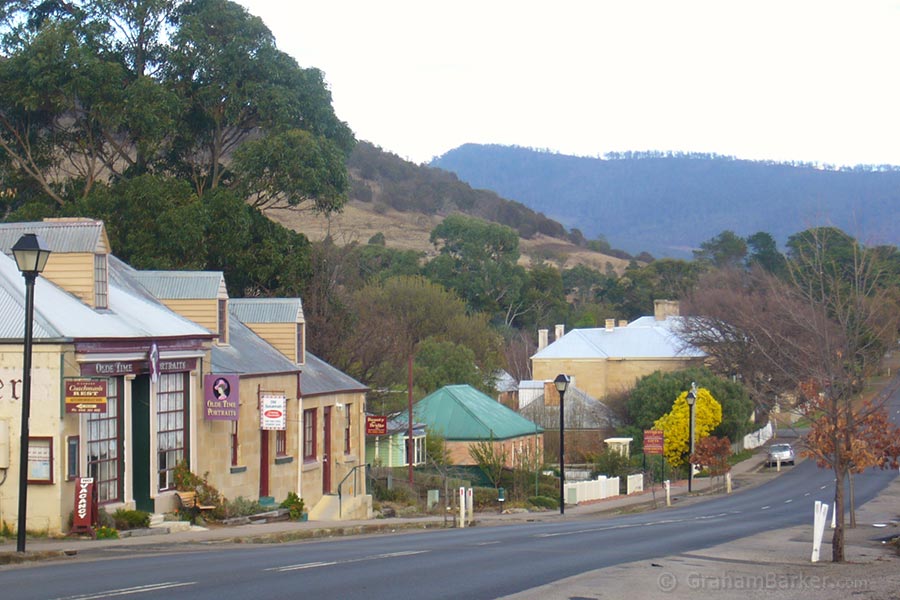 Richmond, an easy commute to Hobart

I didn't fully appreciate this until staying in remote small towns or islands where crime is almost unknown. Once experienced, the relatively care-free absence of concern is not forgotten. This has made me more conscious of my perceptions of safety elsewhere, and for me is a small factor which makes me more likely to enjoy staying outside of a city centre than in it.

In concluding, I admit that staying out of town is not always the best option. For a short visit, the convenience of staying somewhere quick and easy to get to may outweigh all other factors. But for longer stays in cities and big towns, the reasons I've listed above are why you'll usually find me seeking accommodation which is not centrally located.