Comfort on a budget in Christchurch

A while back I wrote about comfortable budget accommodation in New Zealand, citing the BBH hostel chain as one option for those wanting basic comfort and privacy without a hotel price tag. Here I share one of my three favourites - Dorset House in Christchurch. 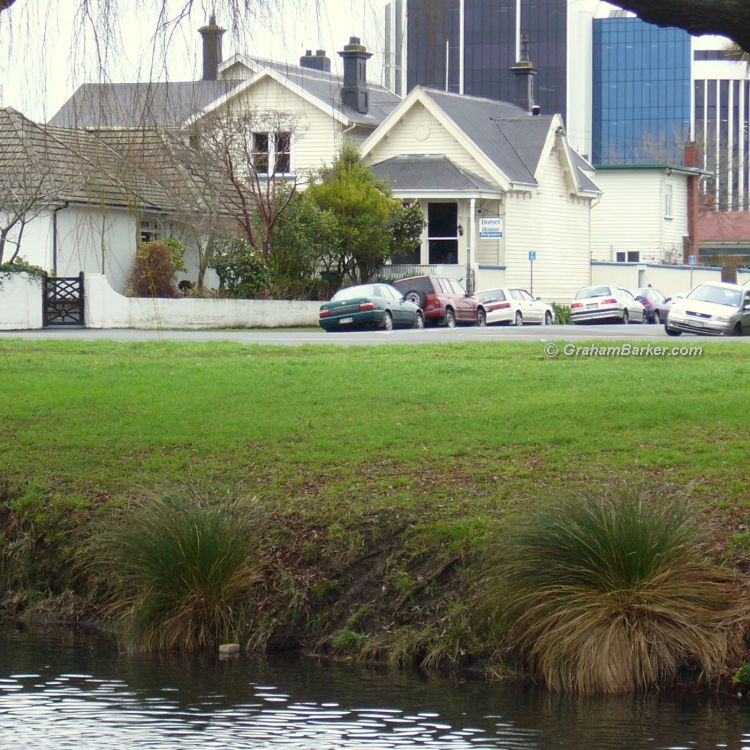 Dorset House from the Avon River

Although classed as a backpacker hostel, the owners take pride in it being small and homely, which it is. If you imagine a big two-storey house with lots of bedrooms, a cosy lounge room and a log fire, then you've got the picture. Its location on the quieter fringes of the central city area also set it apart from other hostels which tend to position themselves nearer to the city centre but in less charming settings.

The clincher for me was the way solo travellers are catered for. That is, solo travellers who don't want to share a dormitory with strangers, something which can become less appealing with age. Dorset House (and many other BBH hostels) have rooms specifically for singles. Naturally they cost more than a dorm bed, but are less than the twin or double rooms which the hostel also has. Treating people on their own with as much respect as people who are accompanied is something that more expensive places could get better at!

The real beds (not bunks) and comfort of the rooms make it easy to forget you're in a hostel - until you leave your room and use the shared facilities. Communal lounges are one of the strengths of hostels, and having a very well equipped shared kitchen at one's disposal can be a fantastic asset. Not just for saving money by self-catering ... I used the kitchen at Dorset to prepare daily rations for a camping trip, something which would have been much harder in a motel or hotel.

If you don't want to do your own food, there are plenty of eating places in the vicinity. Nearby Victoria Rd, a main road heading north-west out of the city, hosts a variety of eating places and cafes. Procope Cafe, just around the corner from the hostel, does delightful breakfasts and coffee. I found this cafe after running out of breakfast cereal near the end of my trip, and wished I'd run out of cereal sooner. 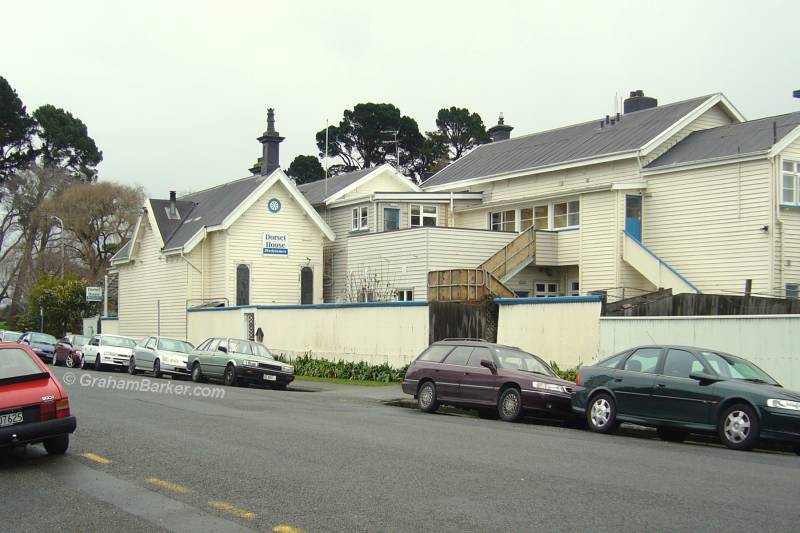 Dorset House from another angle- its much nicer inside than out!

Dorset House is about ten or fifteen or twenty minutes walk from the city centre - depending on your route and how fast you walk. While it may have an "away from the hustle and bustle" feel to it, the hostel is still within walking distance of most of the central city if you don't mind using your legs.

Another selling point is the proximity to the Avon River, just 200 metres to the west. A relaxing stroll along this gentle river, among manicured park land, provides access to the western end of central Christchurch - not a bad way of getting around.

I stayed at Dorset House at the beginning and end of my last NZ trip, and also during the middle when I switched from bus mode to car mode. It was a beautifully comfortable home base, made particularly welcoming by the friendliness and helpfulness of its hosts and staff. Next time I go to Christchurch, I know where I'll want to stay! 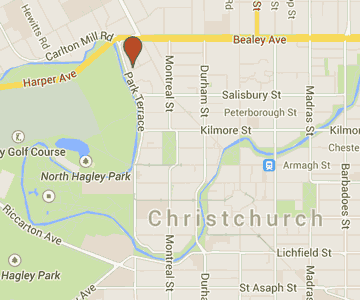