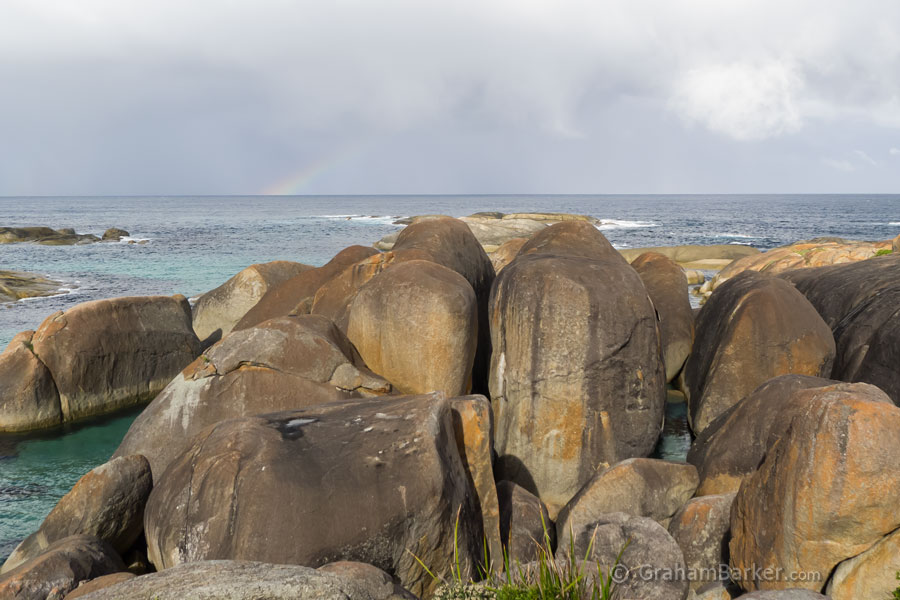 Western Australia's version are on the south coast at William Bay National Park, just west of the town of Denmark. Eroded from granite, they sit on the beach and in the shallow waters of a quiet sheltered bay. From some angles, some of them do in fact look a bit like elephants as viewed from the rear, minus the legs and other appendages. Whatever they look like, they provide a pleasant and distinctive backdrop to a beautiful swimming area, and are well worth visiting together with nearby Green's Pool.

The resemblance to elephants is where the similarity with their NZ counterparts ends. The WA version have different geological origins, are coastal rather than inland, and have never formed part of a film set. On a warm summer day the WA rocks can become crowded with sightseers and swimmers. 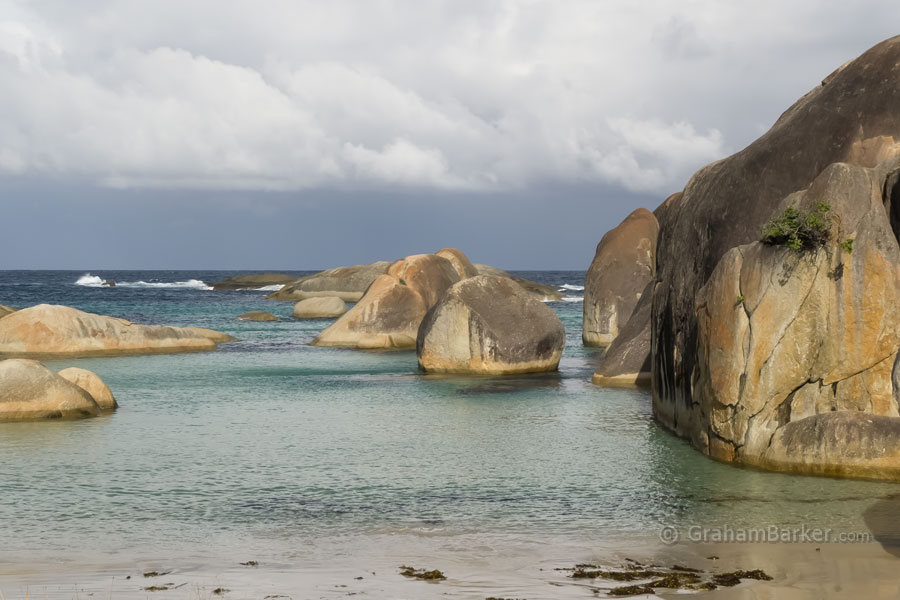 As to which Elephant Rocks most resemble elephants, I'd have to give my vote to the WA version, but in both cases the imagination needs to be exercised.

For the record, three other formations named "Elephant Rocks" which I'm aware of, but will probably never visit, are at:

The first two are named after rocks which resemble elephants, and the third is a habitat for elephant seals. 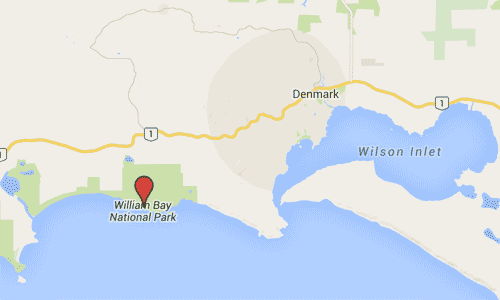