Visiting the most southern parts of Tasmania, and Australia

How far south can you go in Australia, and what's it like there? On my first visit to Tasmania, this curiosity led me to drive south until I ran out of road. The landscapes and coast I found there have lured me back to Tasmania's far south on all visits since. 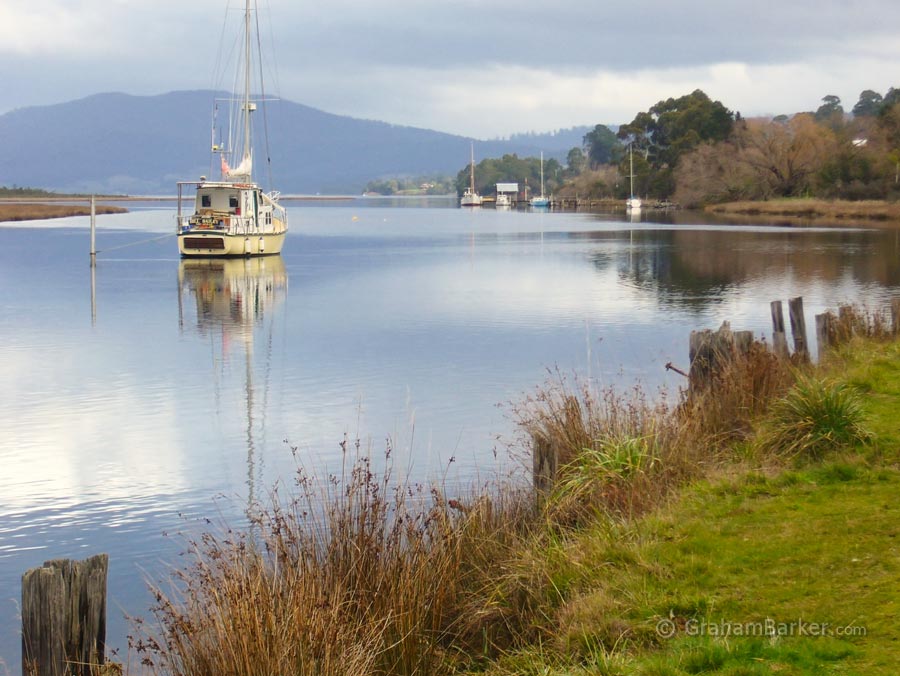 The Huon River near Franklin

There is something about extremities that draws people. If somewhere is the most southern (or western, etc) point of something, it usually gets a mention on maps or signs, or in tourist brochures. Whatever the reason for it, I share that urge to push geographical limits. Heading south from Hobart seemed like something I just had to do.

The journey begins by leaving Hobart on the Southern Outlet - not an imaginative name for a road, but an accurate description. Turning right at Kingston leads to Huonville, the biggest town you come to on the road south of Hobart. It's also the last town of any size in that direction, and a good spot to stock up on groceries if staying further south. 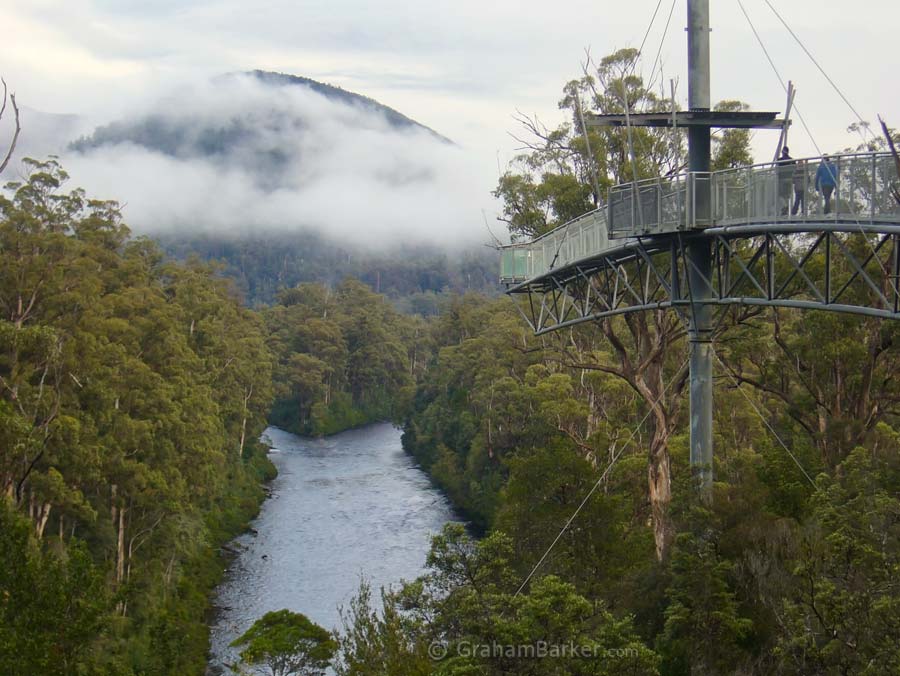 Huon River and the Tahune Airwalk

After leaving Huonville behind, the waters of the D'Entrecasteau Channel widen out to the left. Some small towns take advantage of quiet waterfront settings: Franklin, with its connection to wooden boat building, followed by the tiny waterside hamlets of Castle Forbes Bay and Port Huon.

The road then detours slightly inland to Geeveston, a small town associated with logging. It's the access point for the Tahune Tree Walk and the Hartz Mountains, and the setting for most of the Australian TV series "Rosehaven".

South of Geeveston is still rural, but with gradually fewer farms and more forest it is where the "far south" frontier ambience becomes more apparent. A coastal road meanders to Dover past the huge ocean enclosures where much of Tasmania's salmon is grown. The main road heads more directly to Dover, the most southern settlement that everyone would agree to be a town.

Early morning view across the Esperance Bay at Dover

Dover sits in a gorgeous setting on the sheltered shores of Esperance Bay. The backdrop is forest and mountains, some of which are snow-capped in winter and occasionally at other times. One of the local tourism slogans is "where mountains and forest meet the sea", and this describes the area well.

South of Dover, forest dominates. A turn-off leads to Southport, often claimed as Australia's southernmost town. To me it feels more like more like a small settlement with a pub than a town, but it definitely has that "end of the road" feeling.

But the road hasn't ended yet. A little further down the main road is a side road to the Hastings Cave and thermal pool. Not far beyond are the localities of Lune River and Ida Bay, the drawcard there being the Ida Bay Railway. This short tourist rail trip is Australia's last remaining forest tramway, and most southerly railway.

A peaceful inlet looking across to Bruny Island

The railway terminus, on the main road, has a cafe which is the last you'll pass heading south. That makes it Australia's southernmost cafe, and the most southern commercial espresso machine. You can come up with all sorts of "furthest south" labels when you're this close to the bottom of Tasmania.

On leaving Ida Bay, Australia's southernmost sealed road surface ends. From here the road is all gravel. A pleasant half hour of slow meandering through forest and alongside peaceful inlets brings you to Cockle Bay, dotted with campsites and holiday shacks. After crossing the bridge over Cockle Creek the road ends.

That's as far south as you can drive in Australia. Only in New Zealand (south of Christchurch) and southern Chile and Argentina can you drive further south. But wait, there's more ... the southernmost extremity of "mainland" Tasmania is a little further on. A beautiful three hours of walking (each way) along the end section of the South Coast Track takes hikers to South Cape Bay, the true bottom of Tasmania.

To continue further south would require a very sturdy boat, with Antarctica the next landfall.

Cockle Bay, where the road ends

Being a geographical extremity is what first drew me to the bottom of Tasmania. The sense of wildness and remoteness which increases as you head south still lures me. Anyone wanting to feel away from it all should enjoy the "quiet outpost" feeling, particularly from Dover southwards.

But the far south of Tasmania stands well on its own merits as a holiday destination, regardless of geography. The Hartz Mountains invite hikers, the Tahune Forest is worth a look, and sheltered inlets lure fishermen and boaties. The large and growing range of artisan food producers in the Huon Valley should tempt anyone who enjoys quality local produce. Further south there are the Hastings Caves, Ida Bay Railway, and beautiful coastal and forest walks.

In other words, there is much to see, do and eat in a beautiful region that is different from other parts of Tasmania.

Visiting the southern extremity of Tasmania involves driving south from Hobart, then driving back the same way: it's not somewhere that can be passed through as part of a circular route. This means the area is often overlooked by those doing a quick circuit of Tasmania on a short visit.

Being close to Hobart also means that much of the far south can be visited on day trips from Hobart. As a result, somewhere like Dover feels much less "touristy" than its attractions and proximity to Hobart would otherwise suggest. That's another reason I like to visit - and stay - in the far south of Tasmania.

An end-of-road sign, in case you needed any confirmation that you can't drive further south 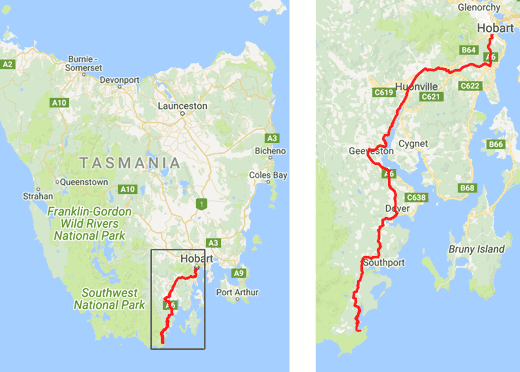