Many people sing the praises of credit cards which earn frequent flyer points. It sounds great on the surface - use a frequent-flyer credit card to pay bills and living expenses, and earn points towards your frequent flyer membership. Get free flights just by spending money that you would have spent anyway ... how can you lose? While some people do well from these schemes, others don't. I am one of those others. Based on my own experiences with Australian credit cards and airlines, here are some reasons why frequent-flyer credit cards may be a waste of time.

The first four reasons relate to the credit card, and the rest relate to airline frequent flyer programs. 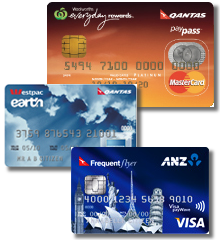 1. The annual credit card fee may cancel out some, or all, of the value of the frequent-flyer points

In Australia, all credit cards which earn rewards have an annual fee. Unless you're a big spender, or the annual card fee is low, the total of all the annual card fees you are charged, over the years it takes to accumulate enough points for a flight, can often exceed the cost of the flight. This one factor alone can make credit cards an uneconomic way of earning points, considering that most banks also offer non-rewards credit cards with no annual fees.

2. Credit card surcharges may cancel out some of the value of the frequent-flyer points

Often when making purchases or paying bills there is a small surcharge for paying by credit card, usually up to 2%. If you pay with a card to earn points when you might otherwise use a fee-free payment method (like bPay, eftpos, or even cash), then the total of all these surcharges can add up ... just like annual card fees.

3. Banks may impose monthly spending caps, beyond which any further spending earns points at a reduced rate

For example, you may earn a certain number of points (typically 1.0 or 0.5) for every dollar spent ... but only up to a certain limit each month, say $1000. Beyond that, each further dollar spent might only get half of these points per dollar. This makes it harder to accrue lots of points by spending big, such as for business purchases or spending on behalf of others.

4. Banks can change the rules at any time

Even if a frequent-flyer credit card looks cost effective when you sign up, by the time you've saved enough points for a flight (which could be many years) it may have cost you much more than you expected and taken longer - thanks to the bank changing the conditions. There's an expression for this: moving the goalposts. Here are some examples I've experienced:

These periods usually coincide with the times when people most want to fly, such as holiday periods. Bad luck if you're a student or teacher and can only go away during the school holidays! Naturally an airline won't want to "give away" a seat in a time of high demand, when it can be sure of selling every seat to customers paying with money.

6. Even outside blackout periods, only a limited number of seats on each flight may be available

The number of seats on a flight which are available for redemption with points is limited to what is probably a small number (exact numbers seem to be a closely guarded secret). This means you could try to redeem your hard-won points well in advance, yet be denied a seat on a flight, even though that flight might still be mostly empty.

Note: this was correct when I wrote this article, but the section and wording has probably changed (and not in your favour!).

7. Using frequent-flyer points may limit which flights are available to you, even in quiet periods outside blackout dates

Every time I tried to book (or investigated booking) a flight from Perth to the east coast using frequent-flyer points, the only flights available to me were the overnight red-eye flights, which I strenuously avoid. Even when checking ten months in advance. When I searched as a regular fare-paying person there were plenty of convenient daytime flights available for bookings, but as soon as I logged in as a frequent flyer looking to redeem point, the options shrunk considerably. If you prefer flying during daytime or leaving extra time between connecting flights, using points can make this difficult.

This brief sentence from section 14.1.1 of Qantas Frequent Flyer's terms and conditions sums it up:

"Some flights may not have any Classic Award seats available."

8. An airline may go bust, possibly rendering your points worthless

Some credit cards earn points in their own program; held separately from any airline, but able to be converted to airline points when needed. These points may survive if the airline doesn't, but what happens if your points are held in a particular airline's frequent flyer program, and the airline fails or becomes part of another? It might be worth reading the fine print.

I was once a member of the Ansett Airlines frequent flyer scheme, and earned points by using a particular credit card. In 2001 I had enough points for a trip to New Zealand ... then Ansett collapsed, and the points suddenly ceased to exist, just like the airline. Many people lost out. 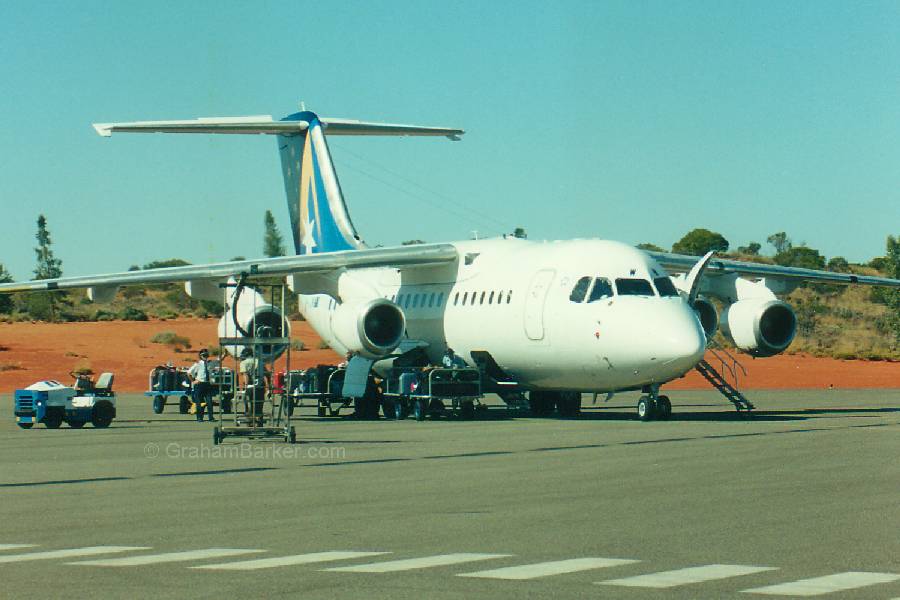 An Ansett BAE-146 at Uluru airport - part of a journey I took using frequent flyer points shortly before both Ansett and my remaining points disappeared.

9. An airline you need to fly on may withdraw from the alliance which your frequent flyer membership gives you access to

For example, points in the Qantas frequent-flyer scheme can be used on other airlines in the Oneworld alliance (subject to restrictions of course). If you save points for years to get a flight on a foreign partner airline, you could be out of luck if that airline withdraws from Oneworld before you book the flight, and no other Oneworld partner airline flies to that destination. It may not be likely, but it happens - between 2000 and 2010, 17 airlines and affiliates left Oneworld and became unavailable to those wanting to use their Qantas points.

10. Like banks, the airlines can change the rules at any time

As you near your goal, the airline can move the goalposts further away, anytime they want to. For example, during my time as a frequent flyer member there were a number of program restructures, including:

I'm assuming here that a frequent flyer credit card would be used simply as a method of payment, using money you have. If you use such a card to earn points but end up going into debt and paying interest as a result, then you could end up paying through the nose for any "free" flights you might eventually earn!

In the past I have used the frequent flyer programs of Ansett Airlines (briefly!) and Qantas, earning points with various credit cards. During that time, the economics of using a rewards credit card to obtain a "free" flights changed significantly. Using a return flight from Perth to Hobart as an example, and my actual budget for bills payable by credit card, the value of earning flights via credit cards declined as follows:

By comparison, flights from Perth to Hobart could be bought for less than $580 return at normal prices, and occasionally as little as $400 or less (back then) by planning ahead and taking advantage of web specials ... much less than what it would cost me to earn a "free" flight by spending money to earn points.

I have since cancelled my rewards credit card and switched to 'no-frills' fee free cards. Now I'm free to shop around for the best deals, pick and choose the day and time of flights and enjoy stopovers without penalty ... without all the restrictions of a frequent flyer scheme, or the likelihood of being thwarted by future changes to the rules.

Note: these numbers are old, but I don't have any updates since giving up on points schemes. I've left the old numbers here because they illustrate well how changes to conditions can devalue points - a principle which hasn't changed.

If you can earn points by actually flying, then frequent flyer programs may be worthwhile, even if earning points by using a credit card isn't. If you consistently spend huge amounts on a credit card (perhaps business purchases or spending on behalf of others), and you can find a card which doesn't cap the monthly points too harshly, then maybe you'll come out ahead. If you don't have the option of using a fee-free credit card, and have to pay annual fees anyway, then the economics may work in your favour.

Some customers do benefit, but if you want to know who the real beneficiaries of frequent flyer programs are, then the underlying earnings (before interest and tax) of Qantas in the 2010-2011 financial year give a clue:

In that year, Qantas made more money selling points to banks and other program partners than it did from any of its flying operations. And it is no secret that Australian banks profit extremely well from credit cards. All of this winning is at someone's expense ... possibly yours.

I've written based on my own personal experiences; obviously the viability of frequent flyer credit cards will vary according to individual circumstances. Some people manage to get value from them. But if you're an "average Joe" with an ordinary income and expenses, and you don't fly much, then you're probably better off sticking with a fee-free credit card and just shopping around for cheaper flights.

I hope I've illustrated why you need to question whether they'll really help you - or hinder you - and why you need to read the fine print, count the cost, and work out for yourself whether frequent flyer credit cards are worth bothering with.