Glow-worms can be viewed on a number of paid tours, such as Waitomo Caves and Te Anau in New Zealand, and Marakoopa Cave in northern Tasmania. Less well known is the fact that anyone can see these luminous insects - without having to pay or enter a cave - near one of Tasmania's most popular attractions.

The location is Russell Falls, 75km west of Hobart - possibly the most beautiful waterfall in the state, and one which nearly everyone who visits Tasmania sees at some point. 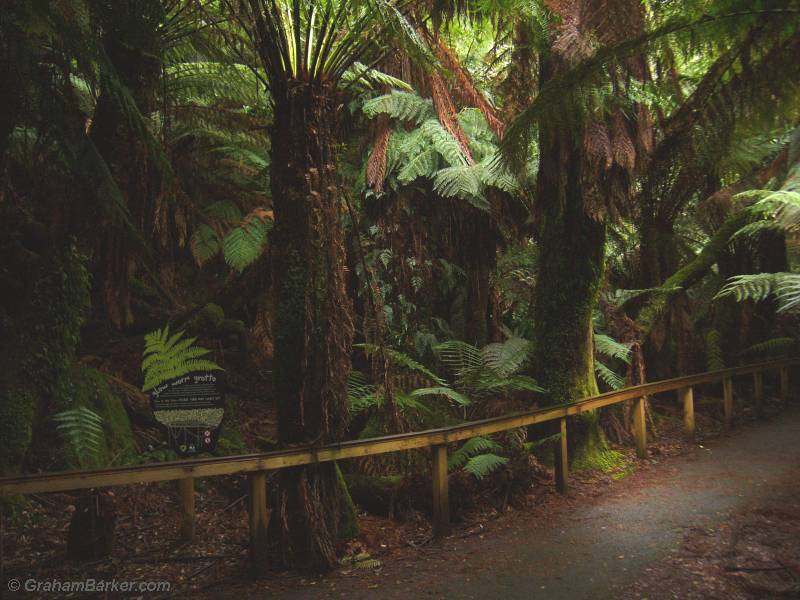 The catch: the falls are normally visited in daylight, whereas the glow-worms are only visible when it's dark. This generally limits the glow worms' visitors to those with their own transport who linger after dusk, or those staying in the area's limited accommodation. If you have a van or are otherwise equipped for camping, the Land of the Giants Campground is a very pleasant spot by the river within walking distance of the falls.

Seeing the glow worms is easy. Once it is dark, simply grab a torch and follow the flat and easy walking path towards Russell Falls, about ten minutes from the car park. A small glow worm grotto - some damp rock overhangs and fallen trees - is in the rainforest on the left side of the track shortly before the falls. A sign indicates the area, and tells you where to look.

After your eyes have adjusted to the dark, the luminous larvae of the mosquito-like insects become more visible, and can resemble a field of stars in the night sky.

The glow worms at Russell Falls are not as impressive, nor nearly as extensive, as the displays you pay to see in caves elsewhere. But if you're in that part of Tasmania it is a free and easy glimpse into their world, and the local wildlife makes a dusk walk in the Russell Falls area a pleasant thing anyway. 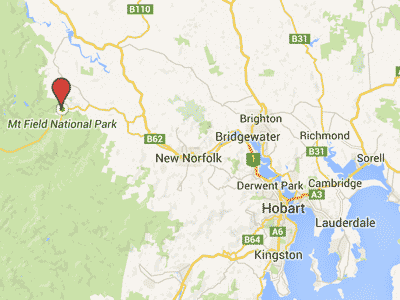