An unusual roadside community of thousands of garden gnomes

In the Ferguson Valley of country Western Australia there lives a thriving community of gnomes, in a gnome village called Gnomesville. I'm not joking. What began as a silent protest over a roundabout has mushroomed into a quirky collection of thousands of garden gnomes - worth a detour if you like things out of the ordinary. 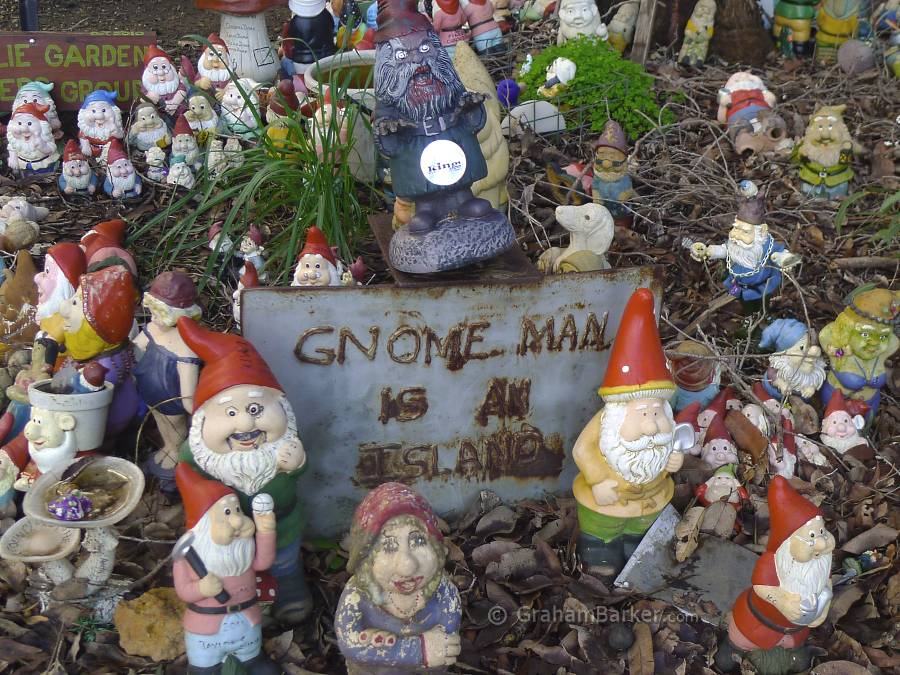 Gnome man is an island

It began with one gnome (just one individual can make a difference!). The presence of one inspired others to add more, probably in the same way as the Cardrona bra fence and various roadside shoe collections grew when someone set an example to follow. But gnomes come in endless varieties and provide far greater scope for creativity.

The gnomes at gnomesville are not just scattered at random - they have formed groups, communities, even suburbs. It is quaintly delightful to wander the gnomes and spot the imaginative arrangements and signposts. 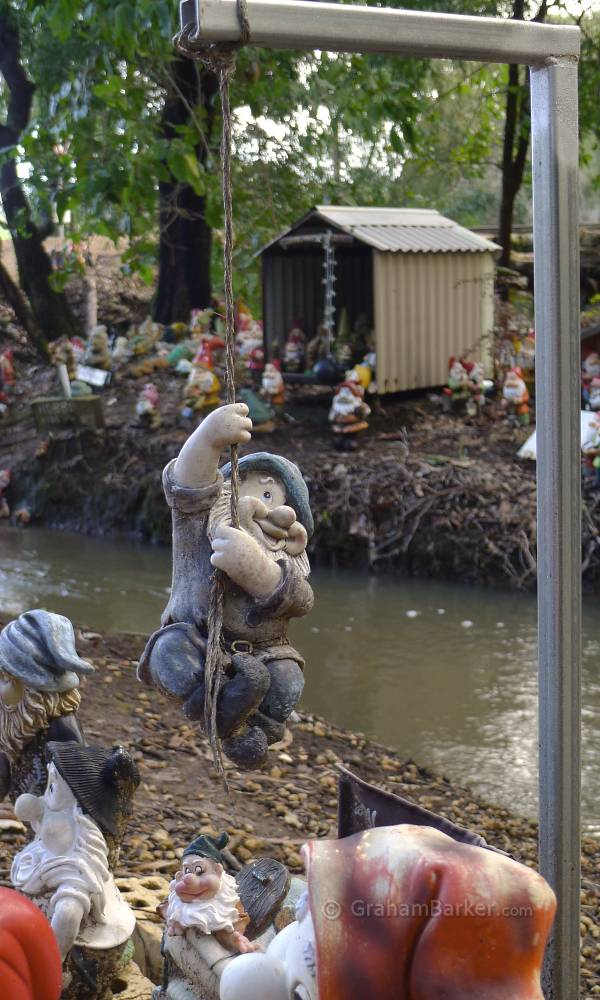 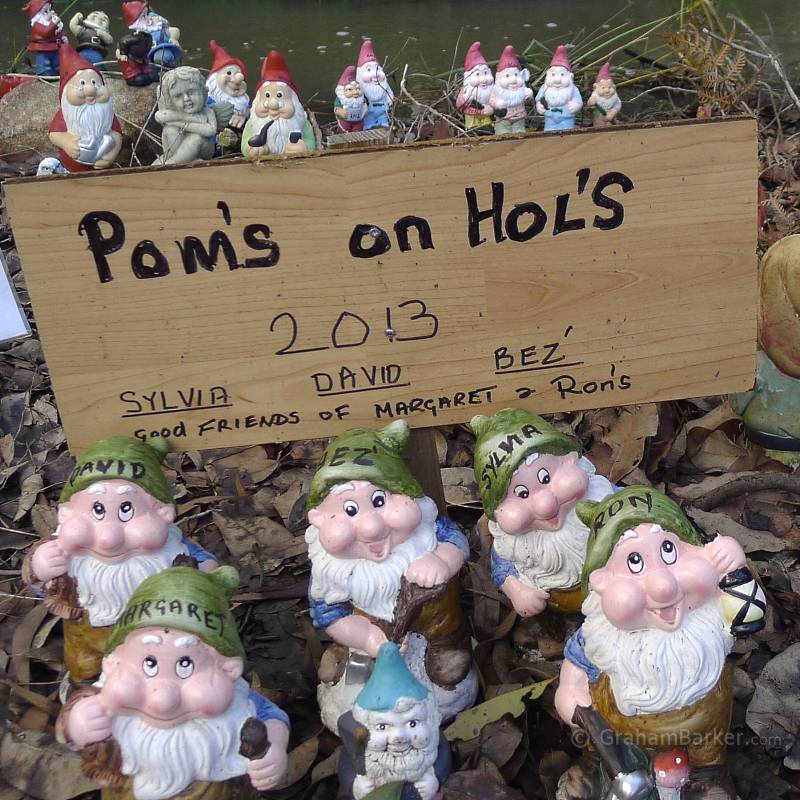 Some have been contributed by families, with gnomes labelled with the names of family members. Many have been left there by businesses, sports clubs, school classes, and other social or special interest groups.

Other gnomes have been arranged as tributes or memorials to loved ones who are with us gnome more. And then there are donations from tourists in recognition of happy holidays. The naughty ones are in a fenced off area at the back - the Gnomesville Detention Centre.

Most gnomes are just idly standing around, as gnomes generally tend to do. But not all - there are gnomes climbing, gnomes gardening, gnomes in a bus, gnomes flying a plane, and even one in a rocket. Others are having a nice lie down. 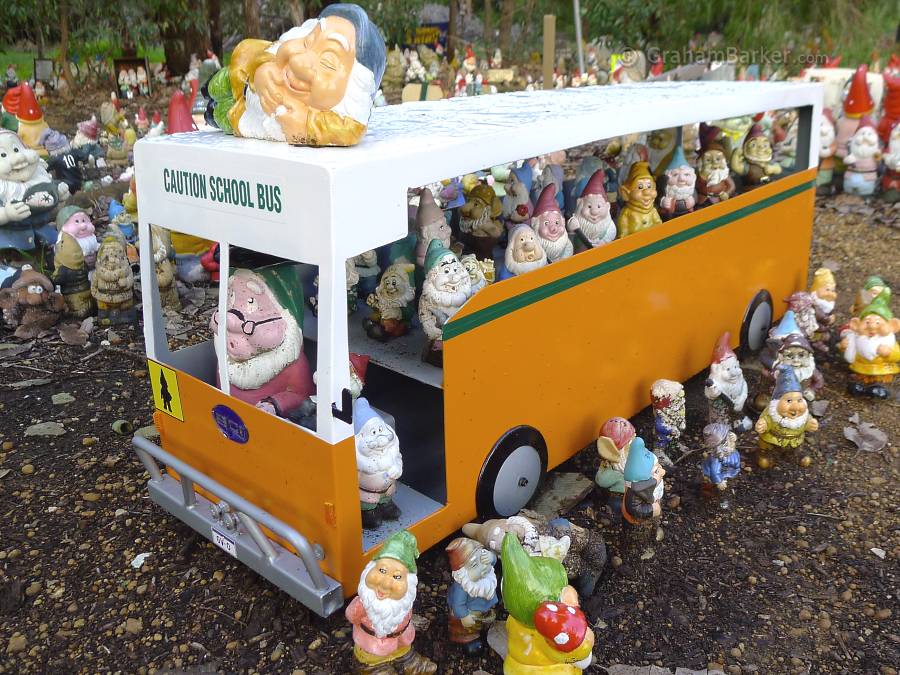 Gnomes on the way to school 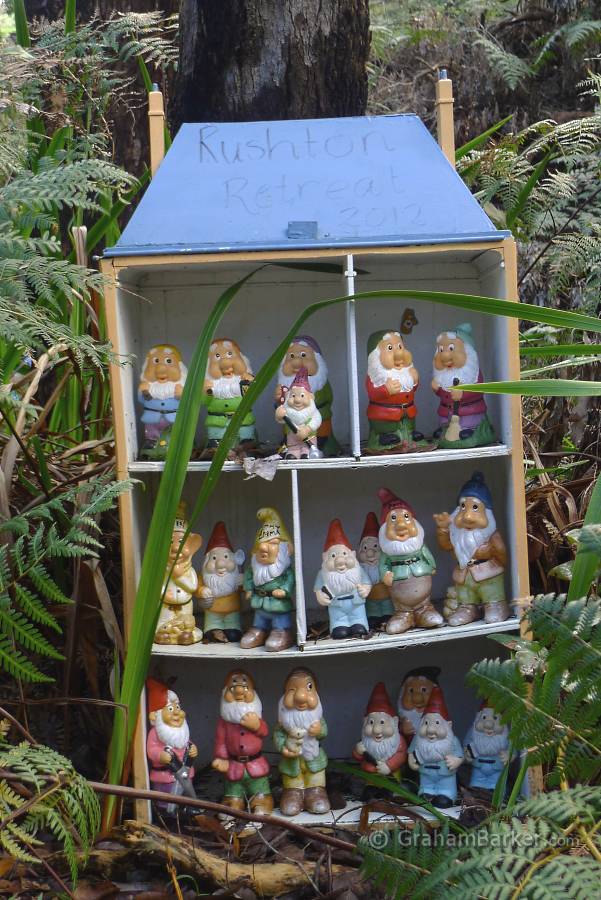 Creative types have erected some witty ditties which make for some amusing reading. But most noticeable are the puns and word plays. I liked the gnomes left by the girls from OHCWA labelled with "friends gnometta what". Other signs include the likes of "Gnome is where the heart is", "Gnome man's land", "Gnome news is good news", and "Roam gnome more". Some gnomes are not lacking ambition, proclaiming "World gnomination" and the "Gnoman empire".

Just when you think you must have seen them all, you find that there are more. Little clusters and odd individuals - every community has them - are spread out over a larger area than first appears. In all, there are thought to be around 10000 gnomes and gnomelike creatures ... but gnomebody really knows for sure. However it is known for sure that the population is rising.

Gnomesville is about twenty minutes south east of Bunbury, at the intersection of Wellington Mill Rd, Wellington-Lowden Rd, and Ferguson Rd. There is a small area for parking, but no other facilities. For anyone travelling between Perth and the south west it is only a short detour away from the main routes, and an excuse to explore further in the Ferguson Valley.

Whatever you think of Gnomesville, it is safe to say you are not likely to see anything quite like it on any other country road. 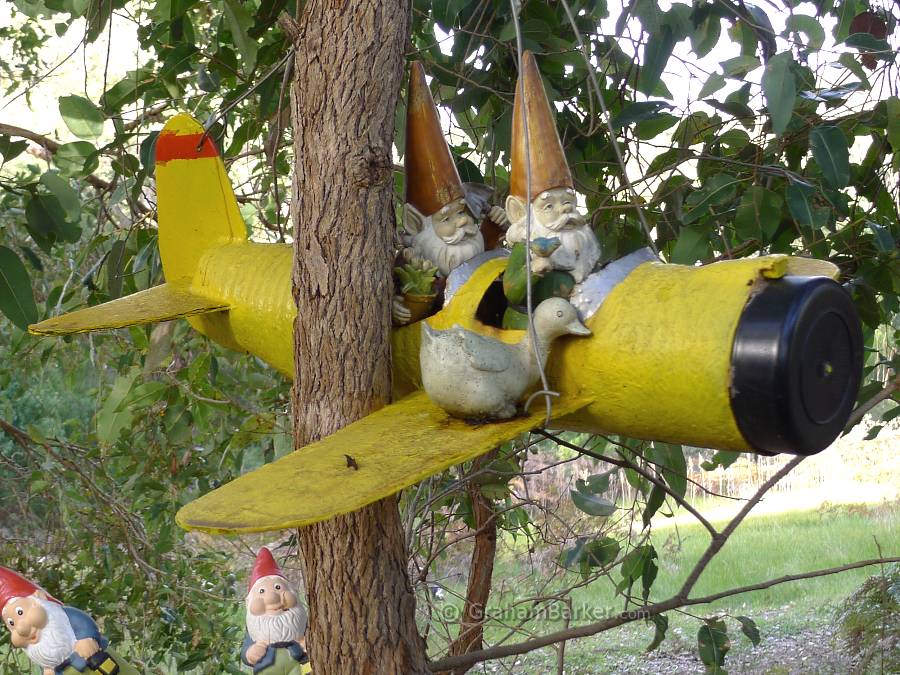 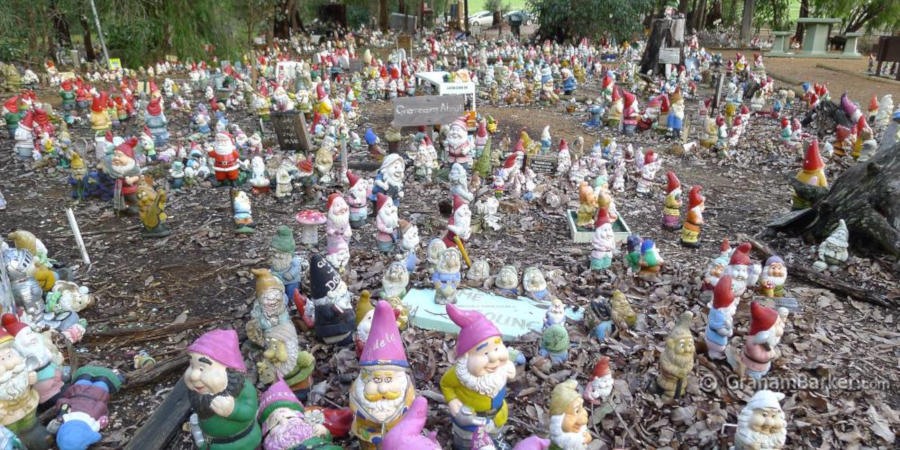 Gnomesville - the gnome community page on the Shire of Dardanup website 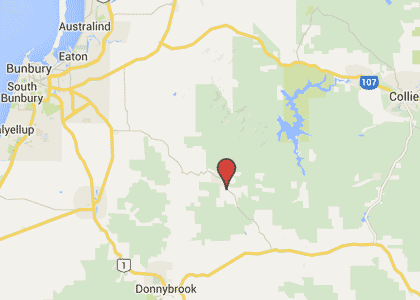