Sometimes a drive is enjoyable purely because of it's scenery. Other times the nature of the road itself is as much of a feature as the scenery. The latter is the case with a section of zig-zag mountain road known as Jacob's Ladder in northeast Tasmania. While the scenery is lovely, it is the drama of ascending a series of hairpin turns up the steep side of a plateau which makes the ride a memorable one. 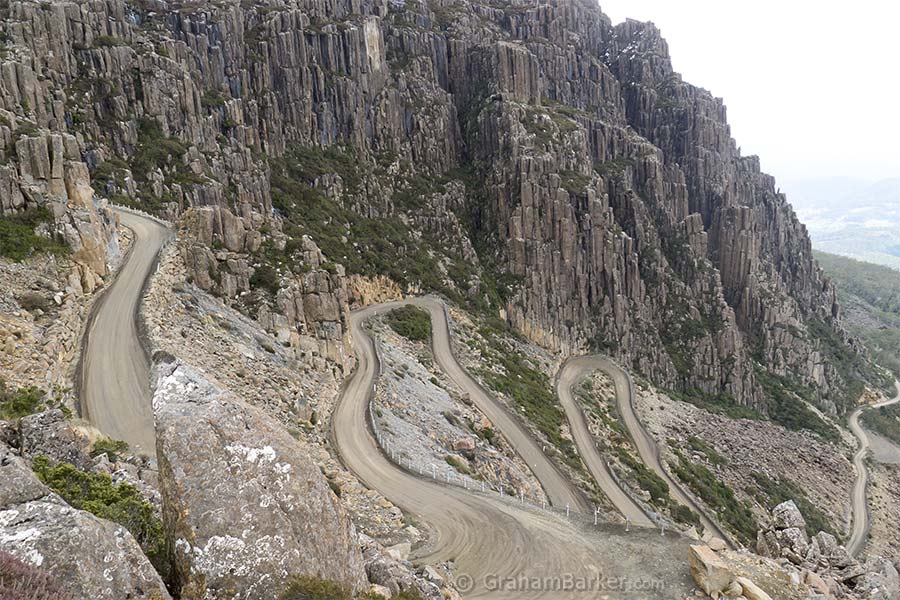 The lower part of Jacob's Ladder

I'm referring to the Ben Lomond plateau, a small but relatively high plateau to the southeast of Launceston which contains Tasmania's second highest peak, Legges Tor (1572m). It also contains a small ski area, which for me was the main drawcard. I don't ski any more, but I still feel drawn to these places and was keen to see how it compared to ski areas elsewhere in Australia and New Zealand.

The road up to Ben Lomond comes with warnings about carrying chains in winter, and checking road conditions in dodgy weather. When I visited it was in fine weather with no recent rain or snow, so I just drove straight up, but during or just after wintry conditions it would be wise to check first. 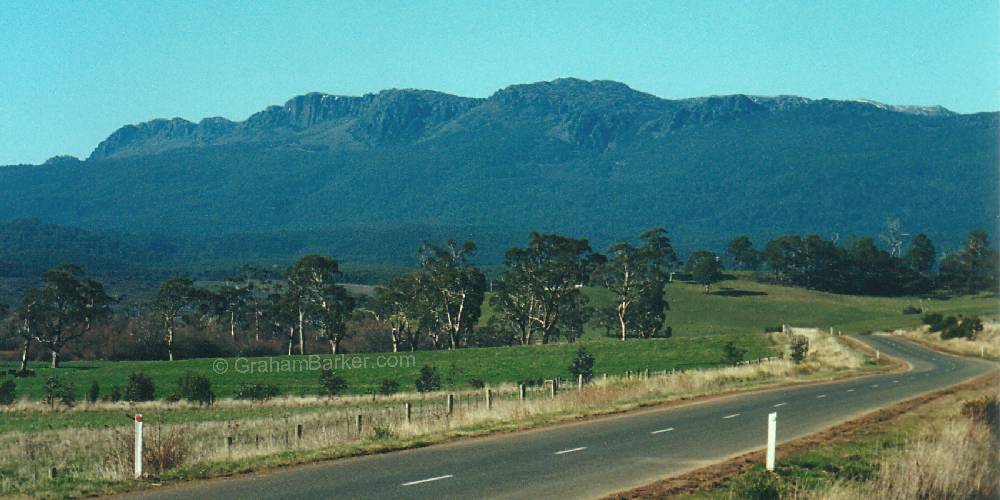 Ben Lomond plateau viewed from the approach road from Launceston. Jacob's Ladder ascends the cliffs at the top centre

At first the road climbs gently through eucalypt forest. Then the trees clear and you are in the open, already high up and with views, with the Jacob's Ladder section looming above. Ben Lomond's plateau is like the Great Western Tiers not far away, in that the steep escarpment is crowned in many places with dramatic dolerite cliffs. It is up a gap in these cliffs that the road climbs.

After what I had read and heard about Jacob's Ladder, I was prepared for a hair raising experience. As it turned out, it was not that bad. There were indeed some precipitous drops near the edge of the road, and I was very conscious of being high up on a steep mountainside. But the road itself was gentle. It wasn't particularly steep or narrow, and the extensive presence of crash barriers was reassuring.

I would recommend that driving up Jacob's Ladder be done slowly. This is not just for obvious safety reasons, or because of the low speed limit, but because the scenic zig-zagging section is only a relatively short part of the journey up Ben Lomond. The views and lofty driving experience deserves to be savoured - rushing through it would defeat the point of going there. 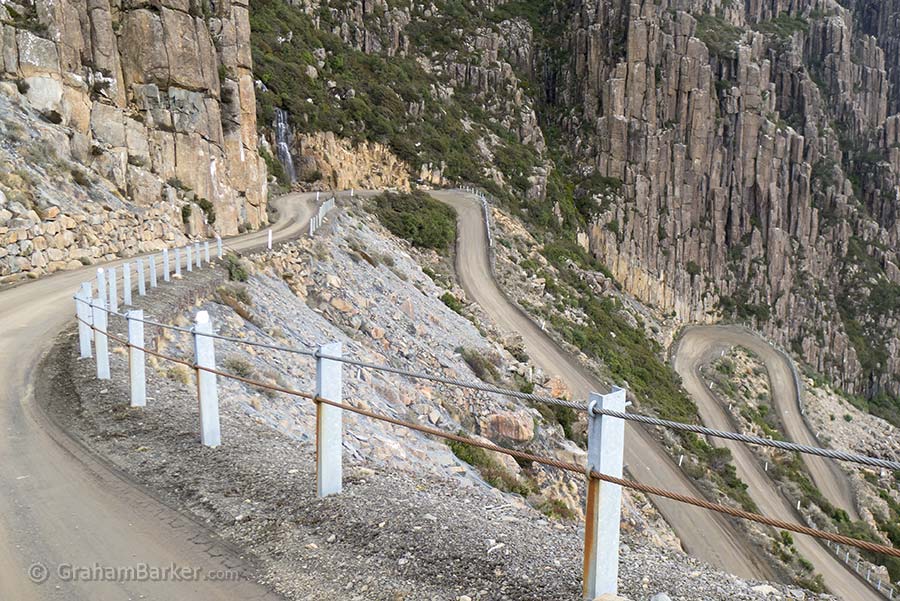 At the top of the zig-zags is a space to pull over. Unless the weather is bad it is a great spot to get out and take photos while enjoying the crisp fresh air. The road continues across the plateau for a few straight and gently sloping kilometres to the small ski village at the end of the road.

Since I drove up Jacob's Ladder the road has been upgraded, so I look forward to a return visit to check out the improvements. That's all the excuse I need to repeat an enjoyable drive up a picturesque plateau!

This brief footage includes driver's eye views from the car while approaching Jacob's Ladder, driving up it, and driving back down. Also shows the road from the viewpoint at the top, and begins with a distant view of the Ben Lomond plateau, up which the road climbs. 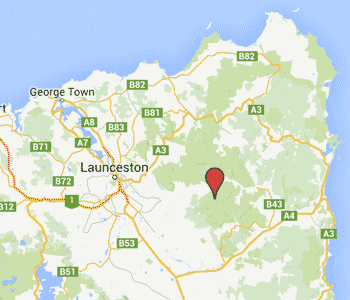