Kukenarup - memorial to a massacre

On a long road trip it can be easy to just keep driving past small historic sites that appear unexpectedly. The Kukenarup memorial, near Ravensthorpe in WA, is a good example of why it can be worth making the time to stop. It combines the sad and the positive in a memorial which is unique in Australia. 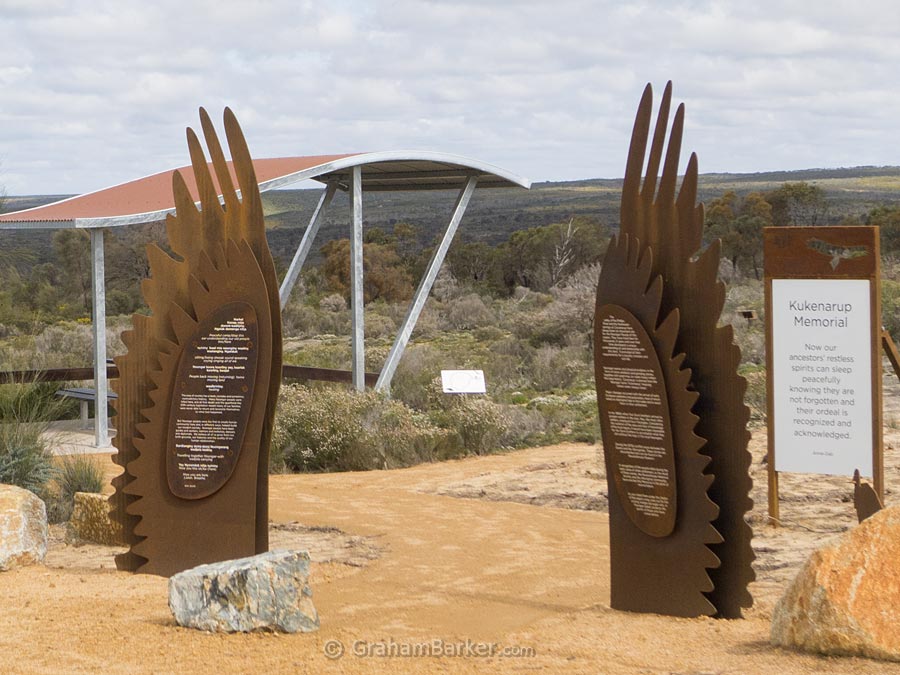 Ravensthorpe is on the main highway along the south coast of Western Australia. It is the last town you go through when driving East towards Esperance, which is what I was doing when I noticed the big brown signs indicating a historical memorial.

I was tempted to just keep going: it was only 15km west of Ravensthorpe, and I was keen to get there for some lunch. And I was feeling that inertia that can make it hard to interrupt a long drive. But curiosity overcame me and I turned into the small car park a short distance from the road.

The site was created in 2015 as a memorial to those killed in the early years of white settlement near Ravensthorpe. Most of those killed were Noongar people - the local Aboriginal people - in what I later learned was known as the Ravensthorpe massacre.

The first large information board tells the story of the Dunn brothers: early settlers who cleared land in the 1860s and built a farm nearby on their property named Cocanarup. From the memorial, the remains of the farm buildings are visible in a clearing across a shallow valley in the otherwise natural-looking landscape. You definitely feel a "sense of place", being in the location, which looks much like it probably did back then.

Next you pass through a pair of eagle wings sculptures, representing one of the Noongar totem animals. Cutouts of the other one - the malleefowl - are scattered around. Words from the local Aboriginal people invite visitors to pause and reflect, and shaded seating provides a place to do this. 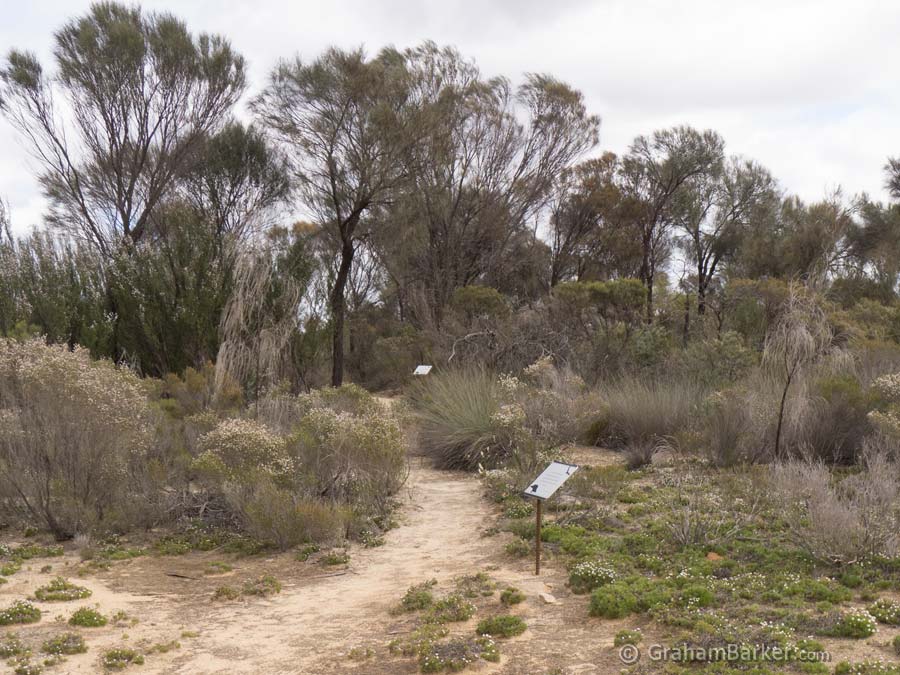 Part of the walk trail

A short walk trail (just 250 metres) is punctuated with small plaques capturing memories and impressions of some of the Aboriginal descendants of the happenings at Cocanarup.

What happenings? It wasn't crystal clear from the information panels I read (although it's possible I missed something). Details are scarce online, but the limited sources I found suggest the following story. Of course there would be much more to it than this.

It seems that settler John Dunn attacked and raped a 13 year old Aboriginal girl in around 1880. In response, a local Aboriginal speared and killed him, which was the appropriate tribal punishment for such a crime. After a trial in which the Aboriginal suspect was acquitted, the other Dunn brothers and a group of armed settlers retaliated by rounding up and slaughtering around 30 (or 36) Aboriginal men, women and children in what is now referred to as the Ravensthorpe massacre.

Despite most of my life and education having occurred in Western Australia, I had never heard of the Ravensthorpe massacre. In this instance, however, it wasn't the result of a white-focussed education. Due to great sadness about the matter it simply wasn't spoken about, documented, or made widely known by Aboriginal people.

Times are changing. In a growing movement towards reconciliation, both Aboriginal people and white settlers in the Ravensthorpe area felt the need to document and acknowledge the reality of past wrongs. Aboriginal elder Roni Grey Forrest researched the history of the massacre. The Ravensthorpe Historical Society and other organisations then planned and built a memorial, which was opened in May 2015. 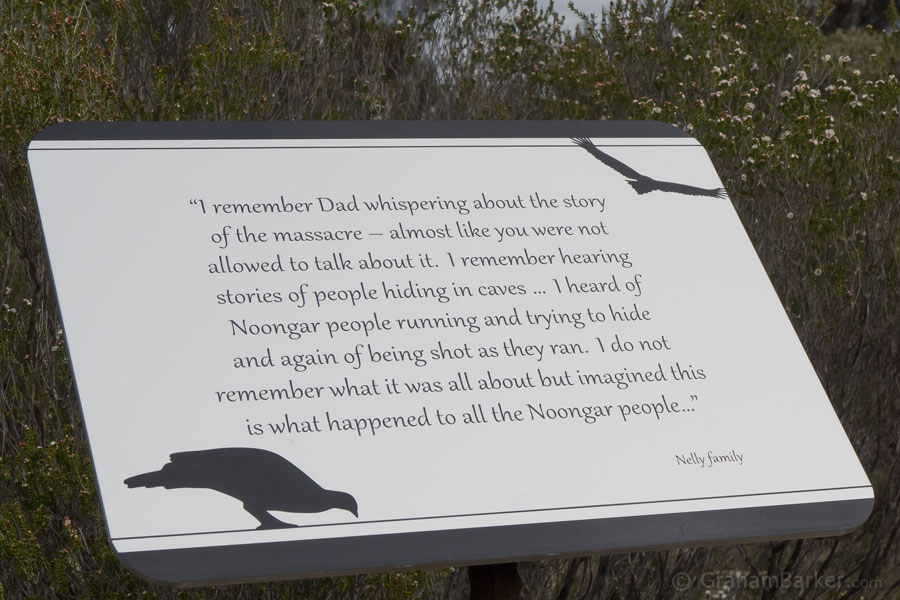 One of the plaques on the walk trail

Despite the sadness and suffering which the memorial commemorates, I found the whole thing to be strangely positive because of the spirit in which it was made. The purpose is not to point fingers of blame, or instil guilt. It is simply to speak the truth of something that has happened, which few know about ... so that we can acknowledge the pain inflicted, and then move on.

The Kukenarup memorial is one of the few in Australia to commemorate a massacre, and the way in which it promotes a spirit of reconciliation makes it unique. For anyone travelling near Ravensthorpe I would encourage taking the time to stop.

However, a brief stop, quick walk and superficial reading of the signage may be of limited value. It deserves to be more than just a photo stop and leg-stretching opportunity.

To better experience this special site I strongly encourage potential visitors to take the time to wander slowly and thoughtfully. Read all the plaques, and reflect on what happened here, and how people have been affected.

Reconciliation between Aboriginal and non-Aboriginal people as a whole is a gradual process. Moments of respectful learning and acknowledging - such as at Kukenarup - can be a part of that journey we can all take part in as individuals.

It has also encouraged me to interrupt my journeys more often at historic sites and memorials ... there is much to be learned, and you never know what you'll find.

View from the memorial to the Cocanarup valley and homestead