A calm lake hidden in the beautiful rainforest of northwest Tasmania

Imagine, if you will, a beautiful lush rainforest, still and peaceful with a sense of remoteness, and in the middle of it a calm lake with mirror-like reflections. That's pretty much what you'll find at Lake Chisholm in the northwest of Tasmania. 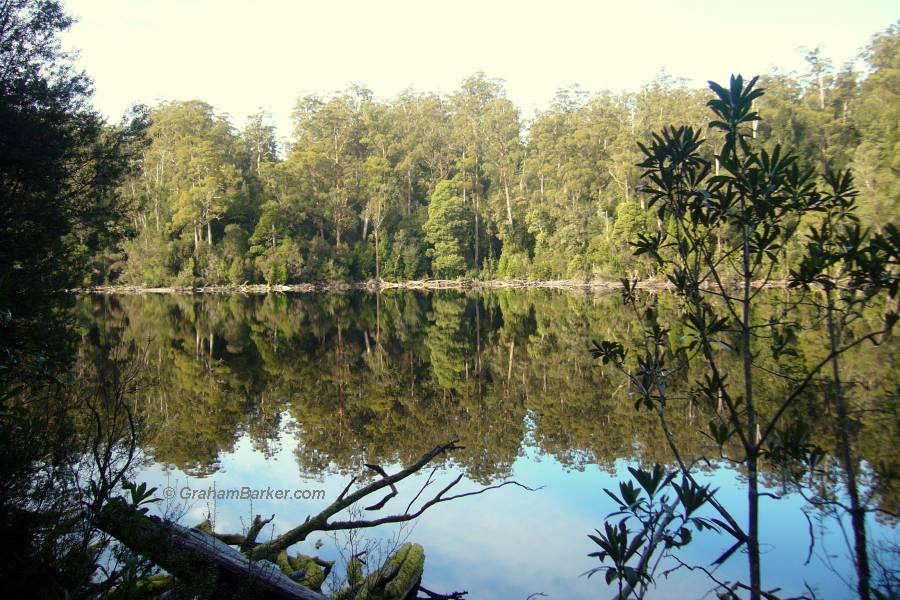 I had the pleasure of visiting this idyllic setting on my latest winter trip to Tasmania. It is one of several stops on the South Arthur Forest Drive, a loop road south of Smithton near the northwestern tip of the island state.

What sets Lake Chisholm apart is its origin. It formed when a sink-hole in the limestone countryside became blocked. Water flowing into the hole had nowhere to go, and accumulated until a decent sized lake had formed.

Being in a low lying spot, the lake is somewhat sheltered from the winds common in the area, and so the surface is often still and mirror-like, at least in part. Not having a normal outlet also minimises the water's movement. The lake provided perfect reflections when I visited ... so perfect I couldn't resist chucking a rock into it (after first photographing the stillness). The ripples it produced were also perfect, but quickly flattened out. 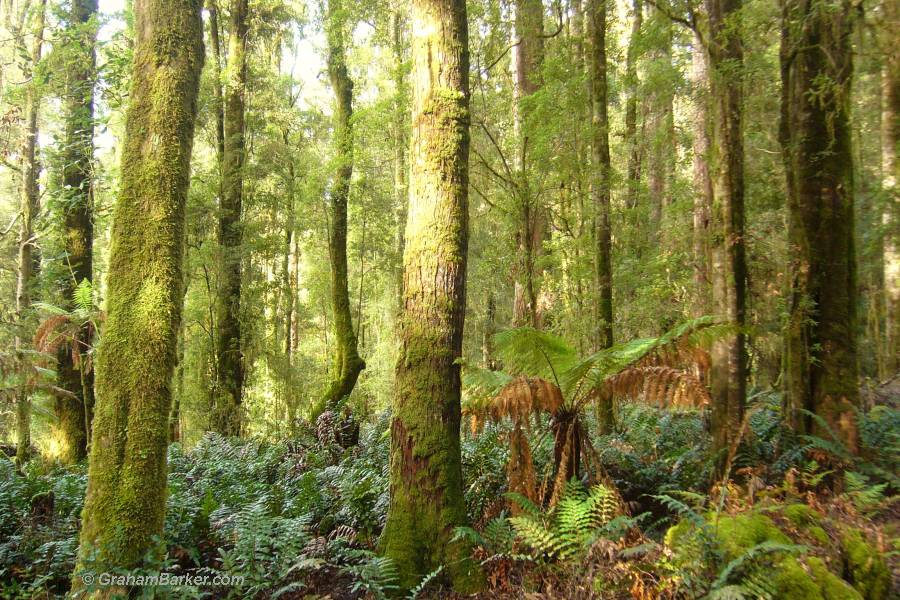 Forest along the trail to Lake Chisholm

Getting to the lake is photogenic too. After reaching the car park on decent gravel roads, a short walk trail descends gently downwards to the lake. The forest it passes through is simply stunning in its lushness, and the path is gentle enough to allow for its full appreciation. If you have the area to yourself, as I did, and it isn't windy, the silence in the forest and at the lake can be profound.

While Lake Chisholm and its surrounds are magnificent, I felt a little disappointment with the loop road leading to it - the South Arthur Forest Drive (or the Tarkine Forest Drive, as Forestry Tasmania prefers to call it). Maybe my expectations were too high. The tourist literature portrays it as an unspoiled wilderness experience, but it isn't. Most of the countryside the road passes through has been - and still is - extensively logged. The predominance of regrowth forest and the frequency of logging roads are a constant reminder that the area is far from pristine.

In a way, the "managed" forest along much of the road serves to highlight the unspoiled nature of the forest reserves within it. For me, the signs of logging outside the Lake Chisholm reserve provided a contrast with the forest within, and emphasised the beauty. A mirror-perfect lake at the end of the walk was the icing on the cake. 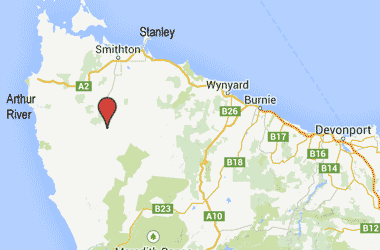