New Zealand's south island has some beautiful large lakes. Vistas of pristine waters and snow clad mountain backdrops are associated with names like Tekapo, Pukaki and Wakatipu. Just as beautiful but less well known is Lake Ohau - almost undeveloped, and just far enough from the main roads to miss being seen by passing traffic.

If you're heading from Christchurch along the inland route to Queenstown, you'll pass the edge of Lake Tekapo first, followed a little later by Lake Pukaki. Pukaki is famous for its views towards Mt Cook, and the road to Mount Cook village runs along its edge.

Lake Ohau (pronounced oh-how) is the next major lake to the south, however the main road drifts eastwards and misses it completely. This allows most visitors to arrive in the tiny town of Omarama with no awareness of the magnificent lake just beyond their vision to the west. 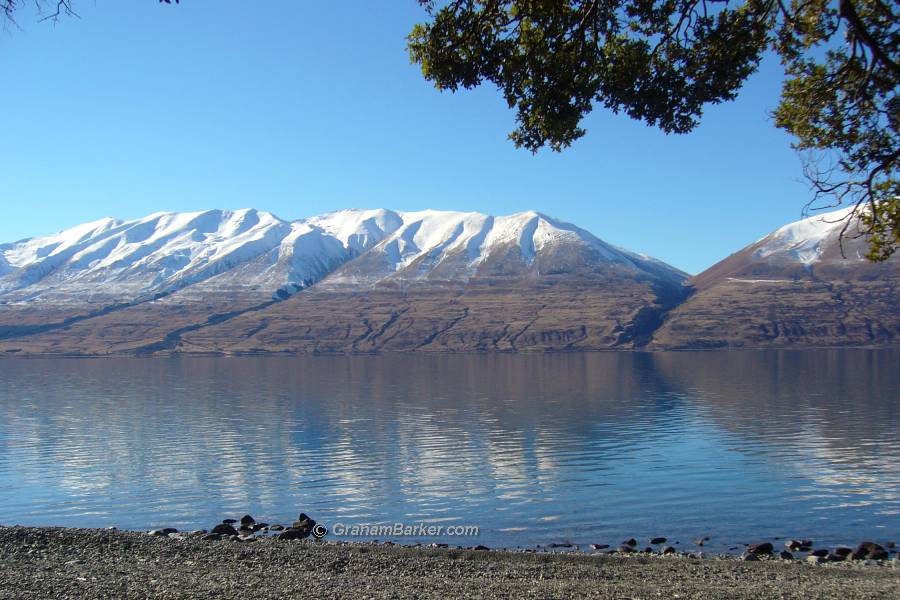 So if you do take the side road off the main road, 17km north of Omarama, and drive for about 20 minutes west to Lake Ohau, what do you find? Not very much ... and that's part of the attraction for many of us.

The main development is the Lake Ohau ski area and the accompanying lodge at the foot of the access road. This modest lodge, and the ski area with just one chairlift, don't make much of an impact on the environment. The relative lack of towns and accommodation in the region limit the skier traffic, and the ski season is only for a few months of the year anyway.

Upon reaching the shore of Lake Ohau you'll find nothing but a stoney lake shore - not even a car park. Stopping to admire and photograph the extensive view up the length of the lake means pulling over to the roadside and walking a short distance across lightly vegetated ground. It's not hard, but requires a deliberate choice. A far cry from the paved viewpoint with coach parking and signage that draws visitors at Lake Pukaki! 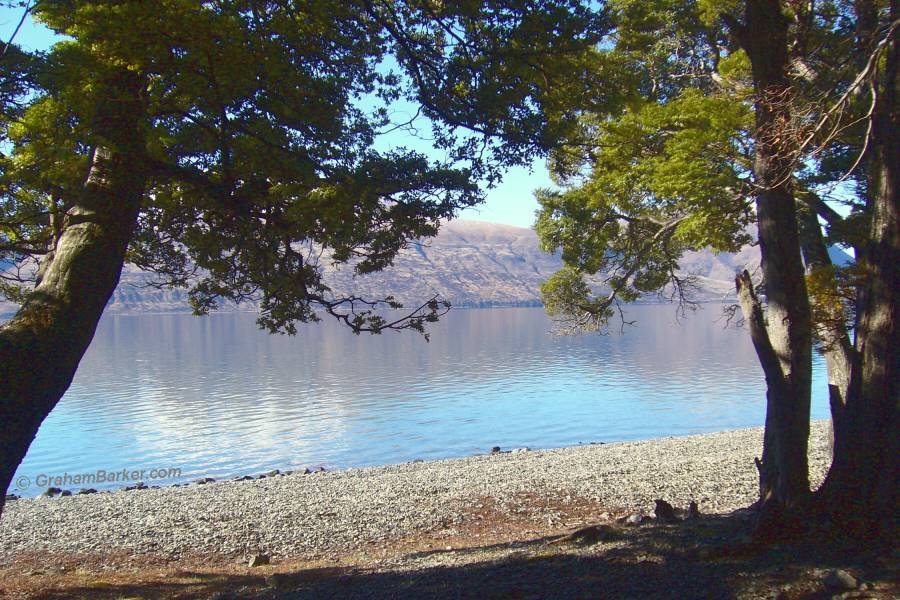 Bush reserve at the edge of Lake Ohau

The road continues along the western edge of Lake Ohau. Once past the lodge and ski area turnoff, the road narrows and turns to good gravel. Further down the lake is a small bush reserve, which is a pleasant place to stop and admire the lake shore amidst the trees. It's a great picnic spot too, assuming you've brought everything you need.

I did just that, soaking up the tranquility of a pristine glacial lake with the feeling that I was seeing it pretty much as the first human to go there would have seen it. Well, not quite - there's less forest than there once was, and some sheep paddocks south of the lake, although these aren't visible from the lake shore. But compared with most big lakes Ohau has an untouched feel to it.

So why don't more people go to Lake Ohau? The bulk of tourists passing through are on the long journey between Christchurch and Wanaka or Queenstown. Though not far from the main road, a side trip to Lake Ohau and back is a significant detour in what is already a long drive. Especially for those who have just passed some big lakes and don't want to go out of their way to see another one.

If you're travelling independently with the luxury of time to explore, you'll share Lake Ohau with just a scattering of fishermen, hikers or skiers - or maybe nobody else at all. 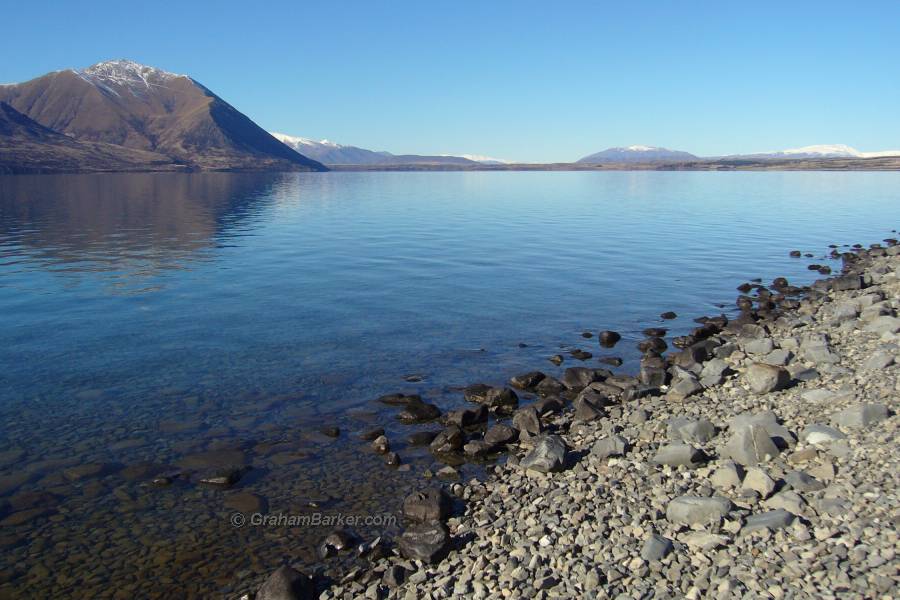 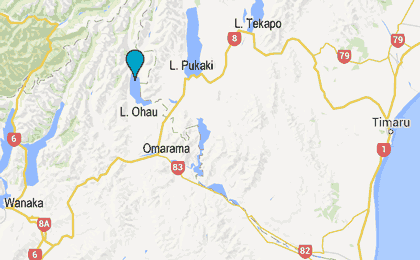