The little pinnacles of Cape Leeuwin

The Nambung National Park north of Perth contains one of Western Australia's better known scenic attractions - The Pinnacles. This area contains what must be the most impressive examples anywhere of limestone pillars, but lesser examples can be found elsewhere. 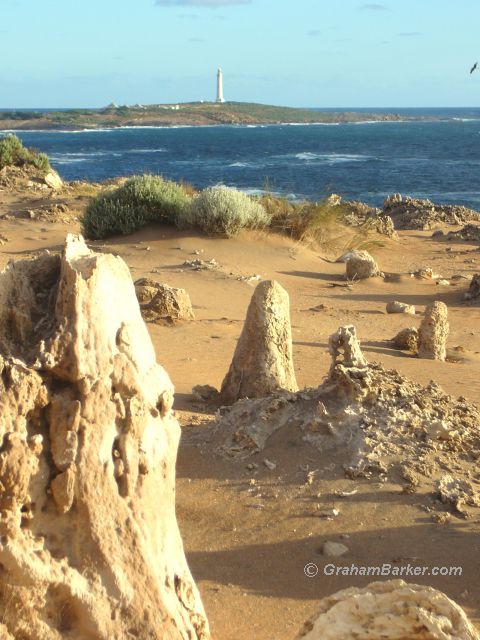 I stumbled across a patch of dwarf pinnacles near Cape Leeuwin, which is close to Augusta at the south west corner of Western Australia. From the town, if you follow the road out to Cape Leeuwin, near the end there's a gravel road veering right to Skippy Rocks. From the car park a narrow unmarked trail leads north through coastal vegetation to a sandy hillside littered with interesting outcrops. I first found the spot while looking for good viewpoints for dusk lighthouse photos. Once I noticed the unique outcrops, I forgot about the lighthouse.

Like the real pinnacles, these little ones are the result of calcite in the sand dissolving and forming cemented layers around plant roots, or clusters of roots. When the plants eventually died and the surrounding sand blew away, these fossil roots (rhizoliths) were left behind. Near Augusta, most are in the form of erect pillars varying from thin to chunky, although some defy convention and point at an angle, or even bend. 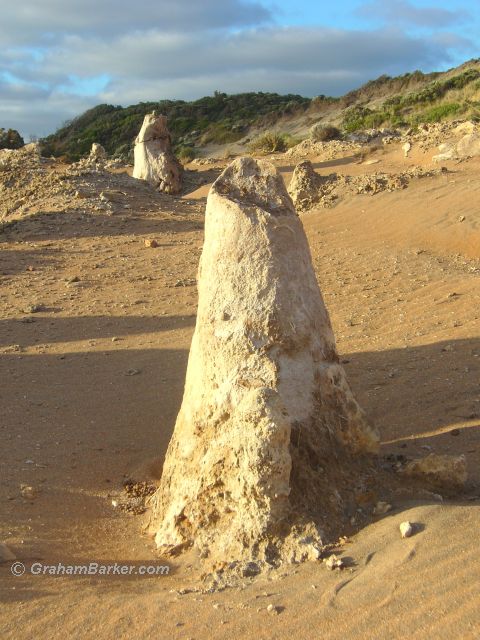 The biggest is barely a metre high, and some of the more interesting ones are no more than 20cm; also they are not numerous, and are scattered among a lot of ordinary rocks. If size and extensiveness are important to you, these little pinnacles may underwhelm. But if you can appreciate detail and natural artistry, and are prepared to wander around, exploring the interesting variety of shapes can be rewarding.

The best time to see and photograph the wee pinnacles of Cape Leeuwin is in the last hour of daylight on a sunny day. That's when the low angle of the sunlight highlights the sand texture, and the rocks look good bathed in the redder light. Sunrise wouldn't work as well because the ridge to the east blocks off the rising sun. 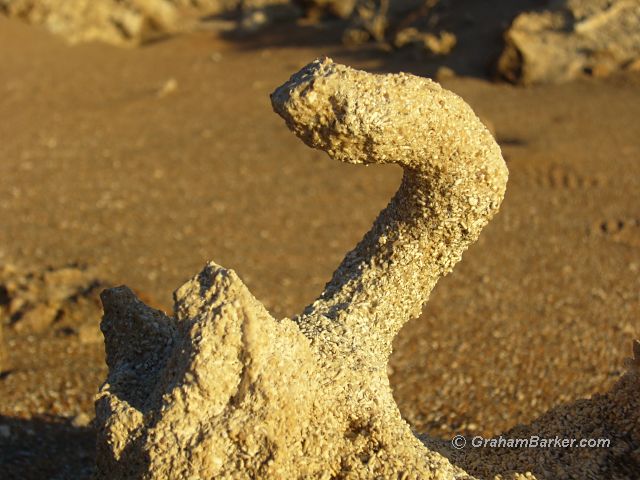 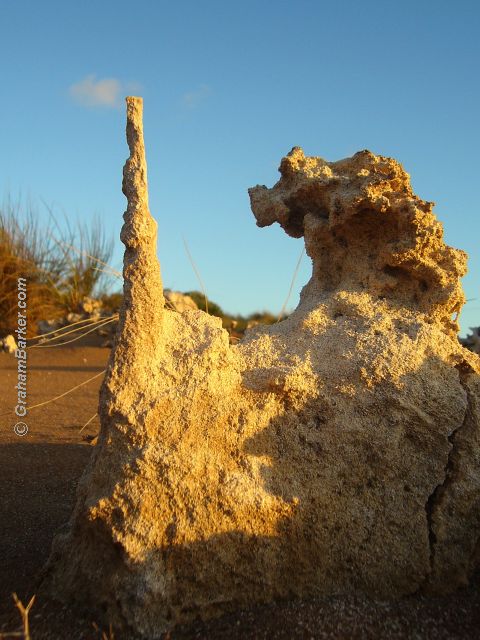 Explanation of how pinnacles form 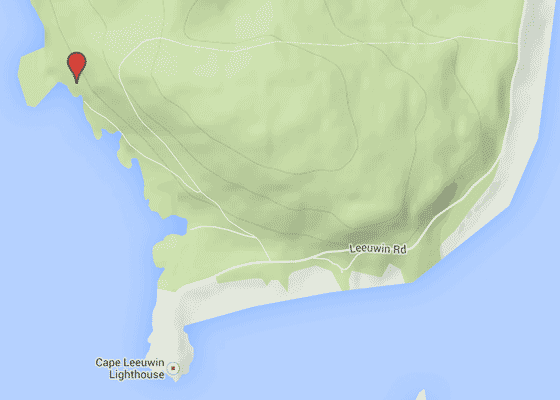