If wild and pristine coastline tickles your fancy, the south-western coast of Western Australia has much to offer. Between Walpole and Augusta lies nearly 200km of unpopulated and undeveloped coastline ... the only catch is that most of it is accessible only by four wheel drive, or on foot. Even then, access is very limited. Fortunately, two points on this remote stretch can be reached by normal car - one of them is the ruggedly handsome Mandalay Beach. 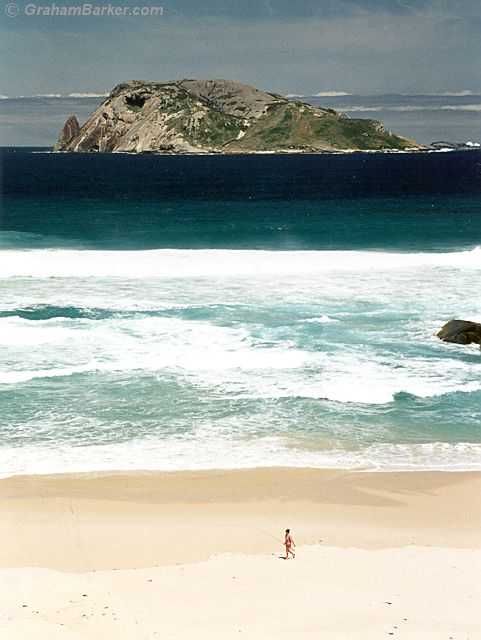 A lone fisherman on Mandalay Beach, with Chatham Island in the background

This beach is only 8km from the main highway, and 21km in total from the town of Walpole, yet receives far less traffic than it deserves. Perhaps the gravel road puts people off. The first time I drove there, the narrow winding track nearly put me off with its soft sandy surface and lack of passing room. Since then the road has been substantially upgraded, and should no longer deter anyone. I drove it a few months ago, and apart from some loose stones and corrugations it was fine.

At the end of the access road you'll find parking, a toilet, and a boardwalk leading through the dunes to a long viewing platform with magnificent panoramic views. Benches allow you to soak up the scene from a sitting position, something I can recommend if you want to linger and be soothed. 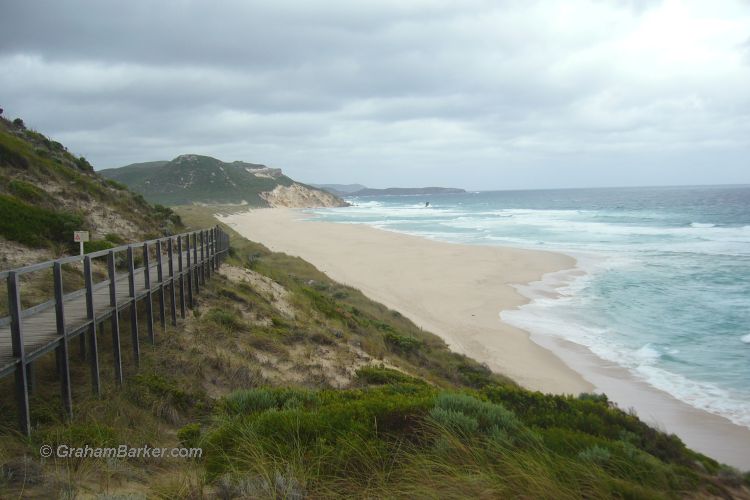 The platform above the beach

What you see from the platform is a clean unspoiled beach, rocky headlands, Chatham Island a few kilometres offshore, and the restless southern ocean. The wreck of the Mandalay, a Norwegian ship beached in 1911, is occasionally visible at low tide, and passing whales may be spotted in season. I've seen neither so far, but that just gives me an excuse to revisit. As is normal in this part of the world, a smorgasbord of wildflowers enhance any visit in spring.

Steps lead right down the face of the dunes to the beach. Ocean swimming is generally not recommended, but going for a walk can be pleasant, possibly invigorating in the frequently fresh winds.

Of course there's no guarantee you'll have the beach to yourself ... but unless the weather or the fishing is really good, there's a good chance you might. Whatever the case, roaming the rugged beauty of Mandalay Beach can be good for the soul. 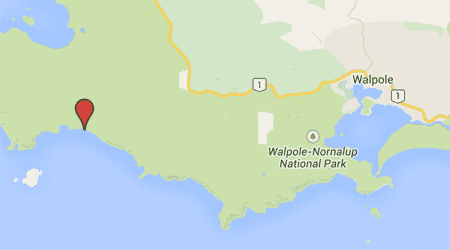