A charming waterfall in the Catlins Coast area of New Zealand

The Catlins Coast, on the southern edge of New Zealand, is a pleasant region of hills, forests and wild beaches, with some nice waterfalls thrown in. The best known of these - and the one most featured on postcards - is Purakaunui Falls. Getting less attention is the nearby Matai Falls, which I think are just as beautiful to visit. 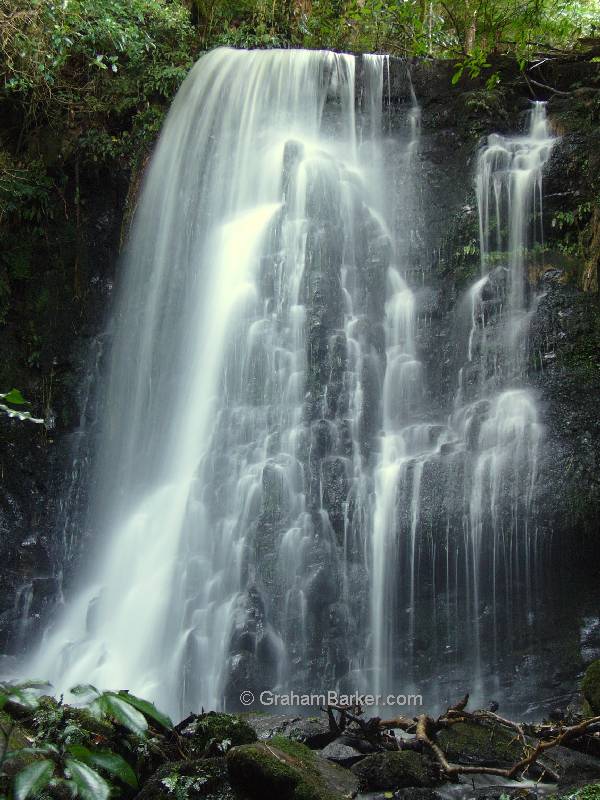 You'll find Matai Falls near the coastal road between the small settlements of Owaka and Papatowai, in the heart of what is known as the Catlins Coast. This whole section of coast, between Invercargill and south of Dunedin, is one of the least visited parts of New Zealand's south island, which for me was one of the attractions. Tourism has come to the area, but only in a small way. It was only in the late 1990s that the final stretch of the main road along the coast was sealed.

Those venturing this way will experience more of an "away from it all" feeling than most other parts of the south island. Just don't expect vast tracts of wilderness - I felt there were more farms and less forest than my reading had led me to expect. The forest that does still exist, however, is indeed beautiful, as are the waterfalls. 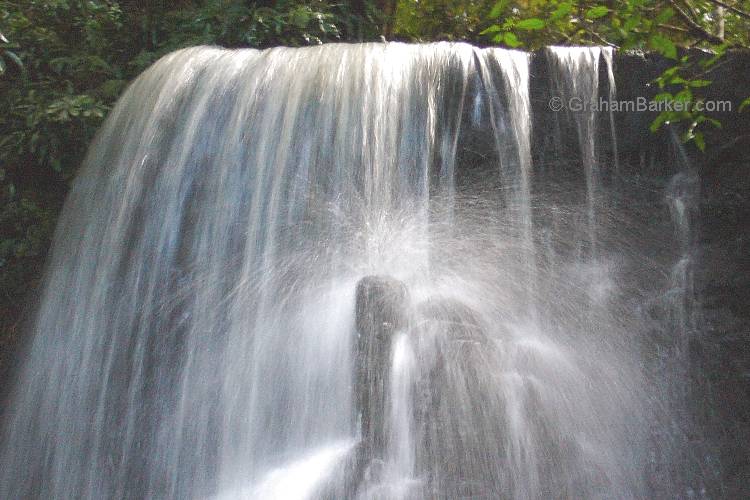 Zooming in on the top of the falls

From where I stayed in Papatowai it was a short drive up the road to the small car park for the Matai Falls. From there is was a ten minute walk through gorgeous lush forest to the falls.

Sometimes having to walk a little bit to get to a natural attraction is a good thing; it immerses you more in the environment, and removes you from the background noise of traffic on the access roads. Such was the case here, not that there was much traffic. The tranquillity of the forest, with just the sounds of birds and the wind, complemented the gentle gushing of the waterfall. I was the only one there, which wasn't surprising since it was the middle of the winter low season.

Returning to my car, I felt glad I had taken the time to visit Matai falls. It was different from other falls in the area, and provided just the sort of natural beauty that people go to the Catlins Coast in search of. 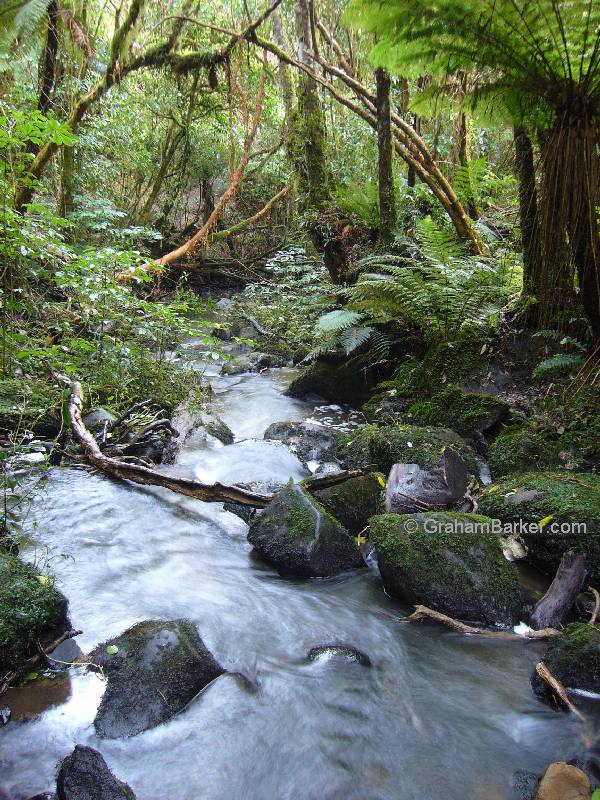 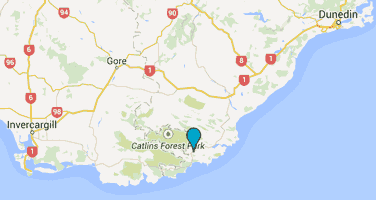