An observatory offering night and daytime tours, plus a cafe and great lake views

An observatory may not be on everyone's travel itinerary, but if you pass through Lake Tekapo in New Zealand's south island then a visit to the Mt John Observatory can be worth doing. You don't need to be an astronomy buff to become lost in wonder at what you may see. 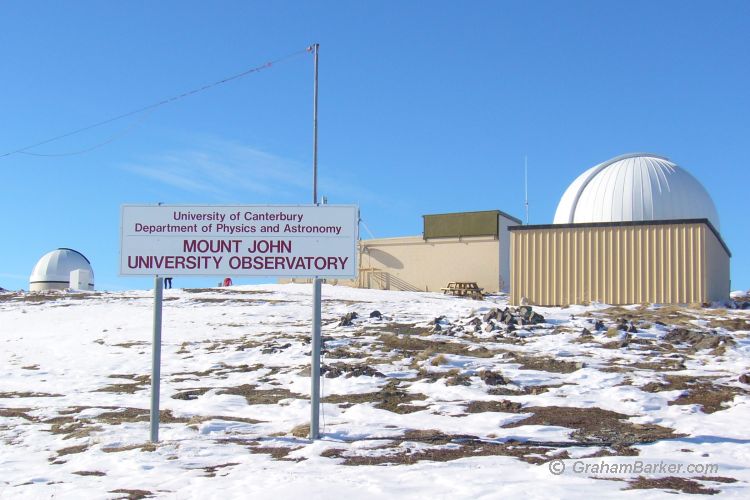 Mt John is a large hill overlooking Lake Tekapo, just a short drive from the town. What makes it such a great spot for an observatory are the incredibly clear skies it enjoys from its position in the Mackenzie basin - in the rain shadow of the alps, with one of the country's driest climates. The extra altitude of Mt John, about 1000m, means even less atmosphere between the telescopes and the stars.

The observatory is run by the University of Canterbury, and offers both night and daytime tours. These begin from the tour shop in the middle of town (own transport not needed). I did both tours, starting with the most popular one at night. After being transported up the hill to the observatory buildings, some of the astronomers who work there showed us around, explained their work, and pointed out a variety of features in the sky while we stood outside. It was amazing how much could be seen with the naked eye in such clear conditions, especially with someone knowledgable to show where to look and what to look for.

Inside the observatory domes, the telescopes were aimed at a selection of interesting objects which everyone took turns to look at. More time was spent waiting for a turn than actually looking through telescopes, which is unavoidable in a group situation. However the staff made sure everyone had their fair share, and their commentary, and answers to numerous curly questions, kept us interested while waiting. 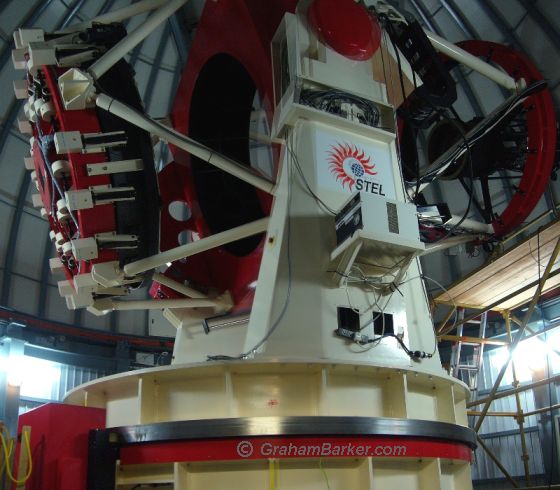 A telescope used for detecting planets around distant stars

The next day, I was the sole person on an afternoon tour. Being daylight, looking through telescopes wasn't on the menu. Instead, the focus was on other observatory buildings and the extent of astronomical work that goes on at Mt John. Of note was their MOA (Microlensing Observations in Astrophysics) project, in which a sophisticated telescope uses gravitational microlensing (I won’t try to explain it) to detect planets around distant stars. Many such planets have been found using this cutting edge science.

A few things left impressions on me. One was the incredible clarity of the night sky - I’ve seen many clear skies in inland Australia, but the brightness of the stars on a clear frosty night at Mt John rivalled the best of them. Another was the passion and enthusiasm of the astronomers I met - refreshing to experience in a world where mediocrity and disinterest is all too common. I was also left with an invigorated sense of wonder at both the scale of the universe, and the genius of the people and technology involved in studying it.

Nearly everyone who visits New Zealand passes through Lake Tekapo (it's on the route to Mount Cook and Queenstown), but most only stop for photos and to use the toilets. For anyone able to linger, a visit to the Mt John observatory can add a unique dimension to a kiwi holiday, and many reasons to say "wow!"

Winter view over Lake Tekapo from Mt John. Even if not touring the observatory, the views and the cafe can justify a visit.

About the Mt John Observatory (by Tekapo Tourism)
Dark Sky Project - Summit Experience - information about tours. It appears that since my visit, tours have become night only ... and much more expensive. 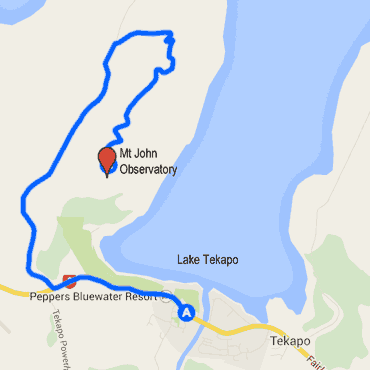