Visitors to Queenstown in the west of Tasmania are often just passing through. But if time and weather allow it, a side trip along the Mt Jukes road can reveal some fantastic views of Tasmania's west coast wilderness. 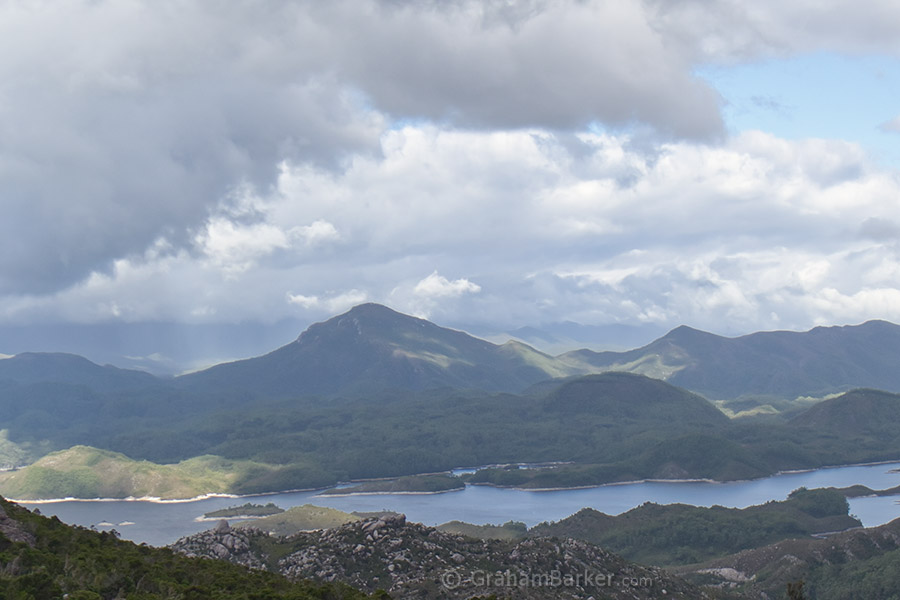 The big disclaimer here is "weather permitting". High rainfall in the area means the views are often obscured by rain or low cloud. But as the photos illustrate, you don't necessarily need a totally clear blue-sky day to make a trip to the lookouts worthwhile.

Getting there is easy. Head south on the main road through Queenstown and just keep going for 15 or 20 minutes. After leaving the southern fringes of the town, the road heads into rainforest and starts climbing. The road surface to well past the lookouts is sealed and suitable for any vehicle.

There are two lookouts at high elevations, although "lookout" here simply means a space to pull over at the side of the road to see the view - there are no facilities of any kind. 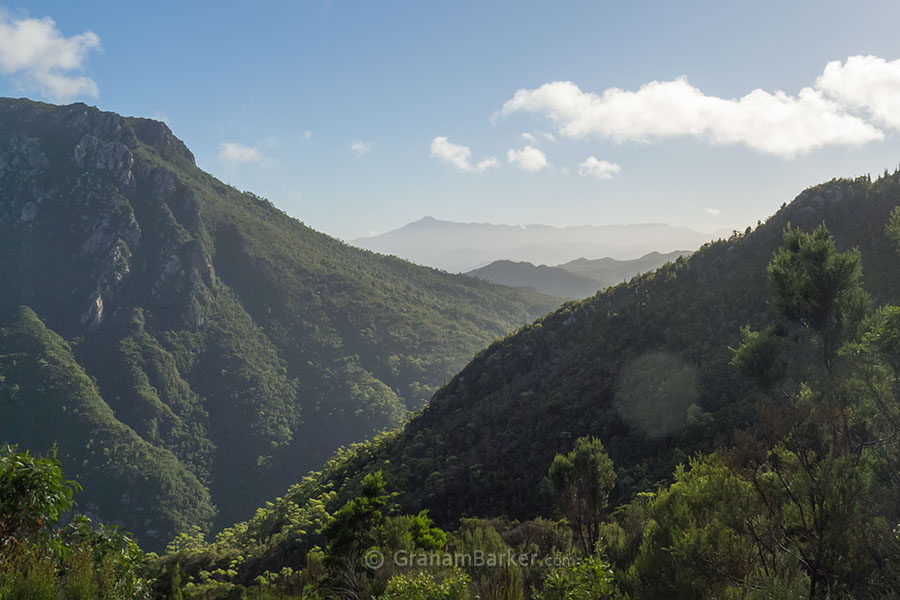 The first is signposted and comes just before the highest point of the road. This provides a view of Mt Huxley just across a steep valley, and extensive views of the coastal lowlands west of Queenstown. On a clear day you can see the coast around Strahan, and lakes and hills inland and to the north of Strahan.

The second lookout is not signposted, so you need to be looking out for it. It’s a large empty space on the left just after passing the highest point of the road and beginning the long descent on the other side. From here the view is across Lake Burbury towards more mountains, with Frenchmans Cap being the most prominent peak visible straight ahead. If it isn't hidden by cloud.

My first visit was prompted by a forecast of clearing showers. The cloud did seem to be clearing so I set off, but in the time it took to reach the lookouts the cloud and showers had returned. I lingered in the hope of some clearer breaks … they usually come, eventually. While it didn’t clear completely, I was rewarded with some pleasant views. 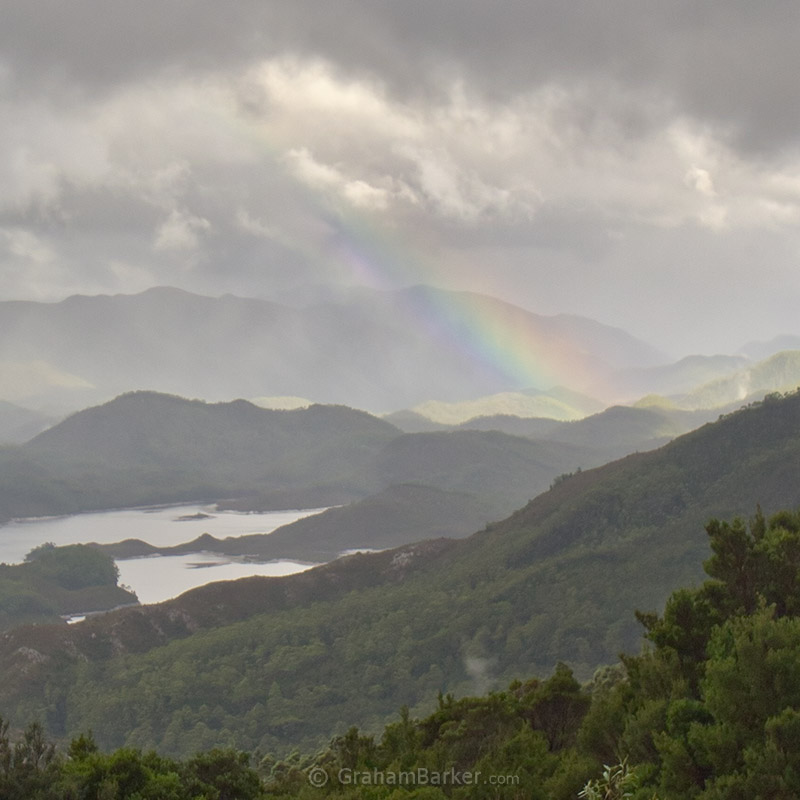 Frenchmans Cap remained obscured, but the rest of the landscape was revealed bit by bit as the clouds passed. With swirling mist, fast low-flying cloud and the odd rainbow, it could be described as moody and atmospheric.

The next morning Queenstown was shrouded in fog. However, there was an obvious drop in temperature consistent with the clear night skies which had been forecast ... so I assumed the fog might be low-lying only, and off I went.

Sure enough, the drive up to the lookouts revealed fog-filled valleys under clear skies. This time Frenchmans Cap was visible, along with blobs of dissipating valley cloud which in my opinion enhanced the view. In the other direction I could see to the coast, with the landscape also decorated with low lying misty patches. 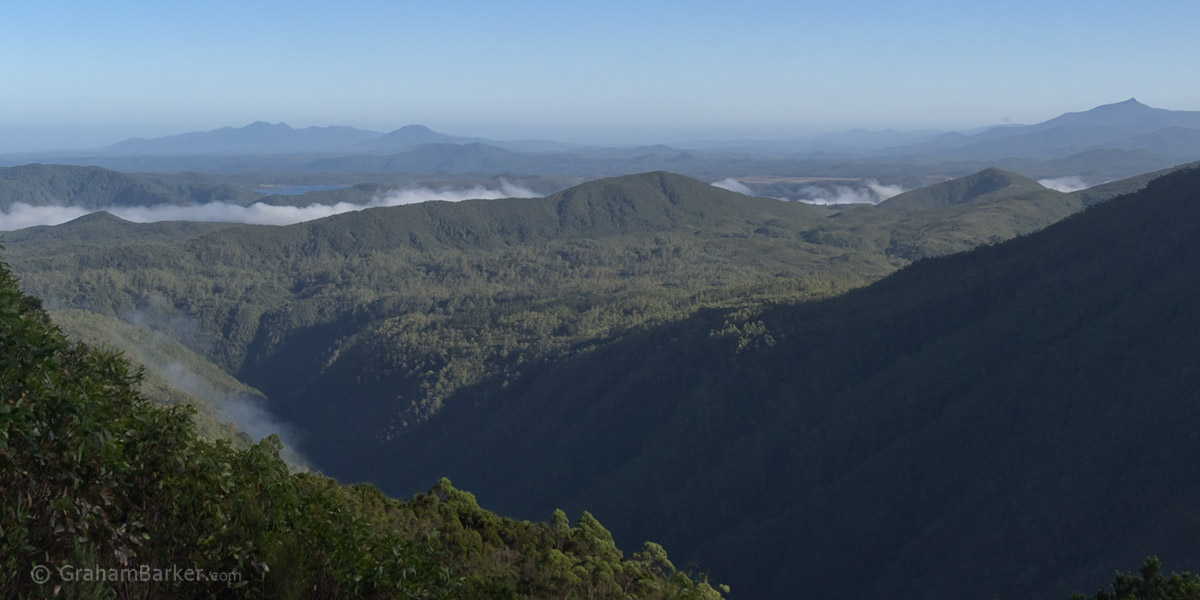 View towards the west coast

Cloudless blue skies would have been welcome of course, but I enjoyed seeing the views from the Mt Jukes road in the conditions I encountered. Inclement weather is a natural part of this corner of Tasmania, and shouldn't be shunned if you want to experience the landscape in its natural state.

A trip to the Mt Jukes road lookouts and back can easily use up an hour. If you're driving between Strahan and the east, and only passing through Queenstown, that time would need to be considered in light of other worthy diversions (eg. Nelson Falls, Donaghy's Hill lookout) on the journey.

But if you can spare the time, a drive to the lookouts on the Mt Jukes road can be rewarding. Unless very persistent, cloud and rain or fog need not be barriers to enjoying views of western Tasmanian wilderness. 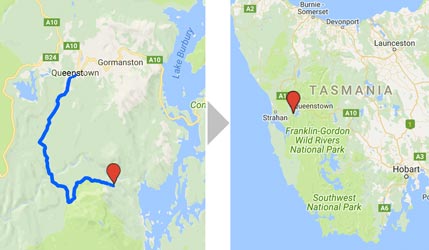