Comfortable accomodation, good food and rural hospitality in the Maniototo region of NZ

I've written elsewhere about the Maniototo region of New Zealand - sparsely settled and sparsely visited high plains inland from Dunedin. When exploring this unique part of New Zealand's south it's good to stay somewhere local, and so I thought I'd mention one of the places I stayed, which I liked.

Omakau is not a well known town. However anyone who travels between Queenstown and Dunedin passes through Alexandra ... and Omakau is just 26km away. It's up the less frequented "high road" which runs from Alexandra via the Maniototo region towards the coast. 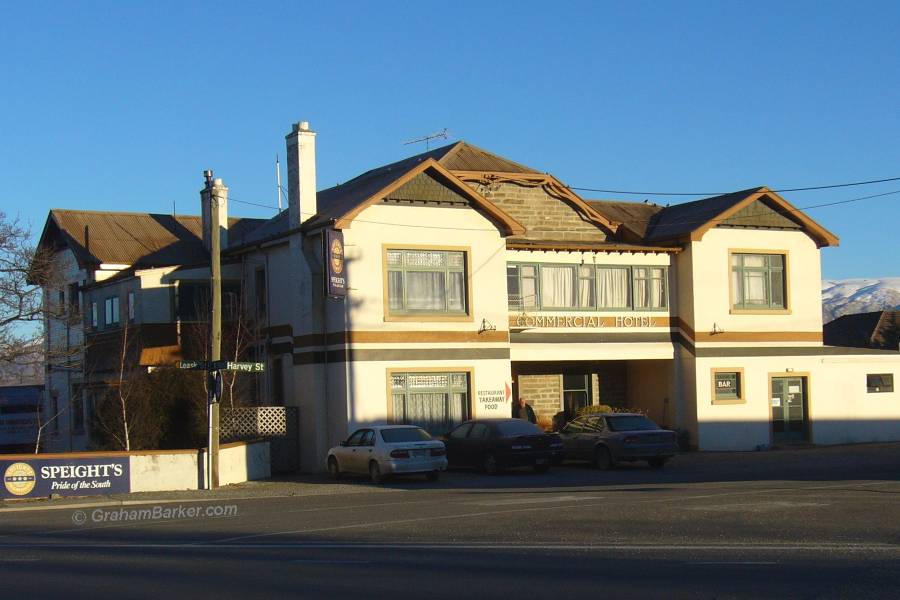 The Omakau Commercial Hotel (before refurbishments)

The Commercial Hotel in Omakau is a fairly typical rural pub which takes central place on the main road at the town centre. Well, it's nicer and more charming than some pubs, but it remains unpretentious and not too fancy. It's popular with the locals of this small and quiet town ... which is also unpretentious and not fancy. Apart from being on the Otago Central Rail Trail, Omakau has been little impacted by New Zealand's tourism boom.

A comfortable private room at a reasonable price was what drew me to the Omakau Commercial Hotel, and I wasn't disappointed. My room was as clean and well appointed as I'd hoped, the bed was comfortable, and the other rooms I peeked into also looked inviting.

On entering the bar - where the accommodation booking is done - I felt conspicuous. It reminded me of western movie scenes where the stranger enters the saloon and all the regulars turn around and go quiet. One of the realities of towns with few off-season tourists is that visitors tend to stand out. However, unlike the westerns, there was no gunfight; instead the local drinkers responded with smiles, friendly nods, and an invitation to join in whatever game they had going on at the time. 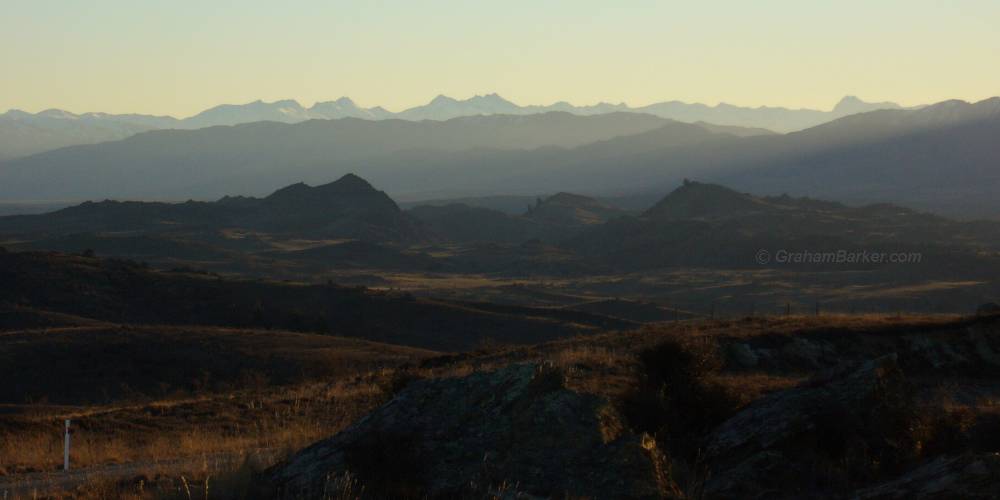 Dusk from the Raggedy Range near Omakau

Later, after settling in, a five minute drive took me to the crest of the nearby Raggedy Range for an excellent sunset viewing. It may not be a lofty range, but the view is expansive, and reveals just how mountainous and unpopulated this part of New Zealand is.

Back in town, eating was the next priority. Some fellow diners told me that the hotel has a reputation for good food, and while it's hard to judge from one stay, the dinner and hearty cooked breakfast I enjoyed were superb. I had my own budget food supply in the car, but felt no guilt about leaving it there!

If I'm blessed enough to return to the Central Otago region of New Zealand, I hope to once again enjoy the rural hospitality of Omakau and its pub. Also to see how the refurbishments are going ... and sample some more of their menu. 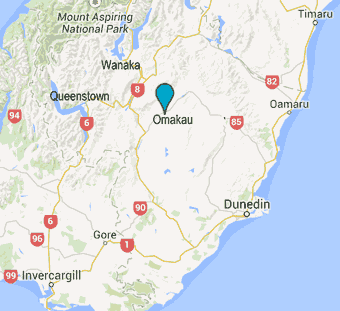