Tasmania's most famous lake seen during a light snowfall

Exploring roads less travelled need not be limited to going where the crowds don't. It can also include visiting popular places on the tourist trails, but doing so in the off season, and in conditions few get to experience. One such example is Tasmania's Lake St Clair, when snow is falling. 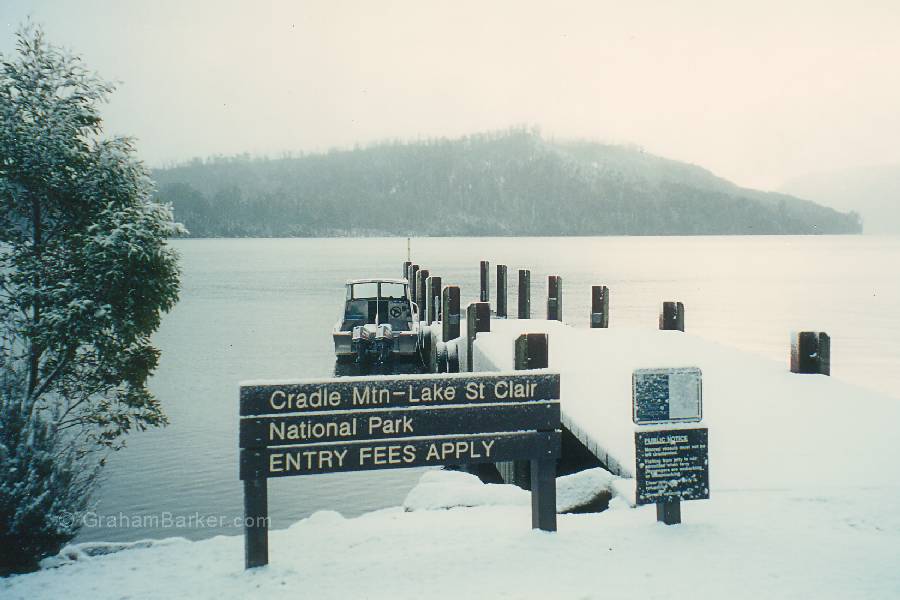 Snow is not rare in Tasmania, but at the altitude of Lake St Clair - about 700 metres above sea level - snow only falls occasionally in the strongest and coldest cold fronts. And when it does manage to settle on the ground, it doesn't usually hang around for long. For most visitors to the lake, the only snow visible, if any, is on the surrounding mountains.

That is why I felt rather blessed on one of my visits to enjoy an unexpected snowfall at the lake. I was staying in the backpacker accommodation in the campground next to Lake St Clair, expecting a winter cold front to bring snow to the surrounding hills. It did, and then some. I woke next morning to find snow quietly and gently blanketing the campground, the lake shore, and all the bushes.

As one does in that situation, I dressed appropriately, grabbed a camera and went for a walk in what had suddenly become a winter wonderland. Although only just ... the snow was damp and the cover light. 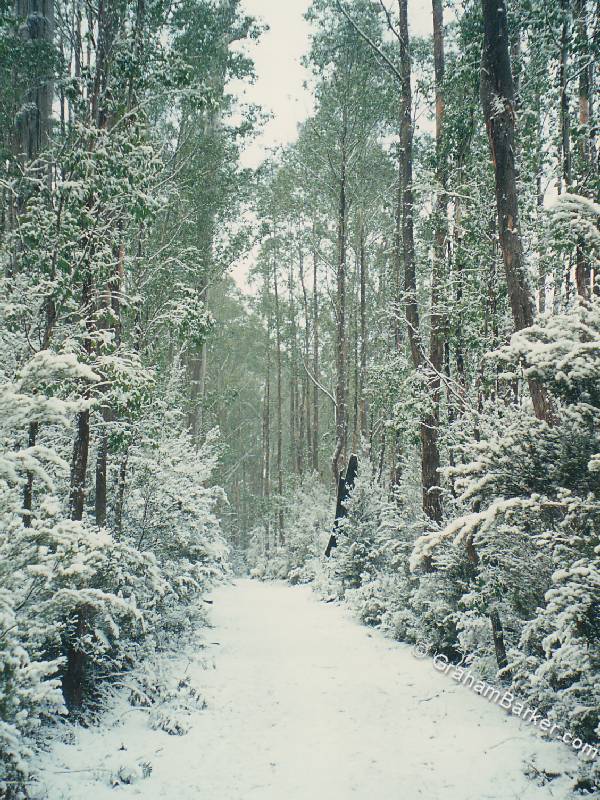 An invitation to walk 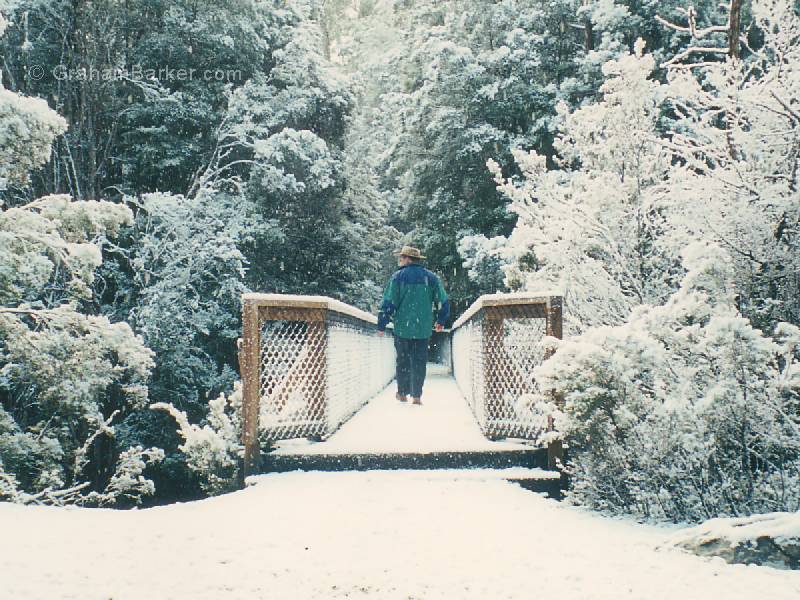 Making the first footprints on a snow-covered track

There is something unique about the sight of Australian native trees and bushes dusted in snow - very different to similar scenes in other countries. Seeing snowflakes fall over a large body of water is also uncommon here. My photos and bit of video provide a taste, but can't completely capture the moods and strangely quiet ambience of the experience.

The snowfall peaked around mid-morning, then - as if someone flicked a switch - the snowing stopped and the few centimetres of cover began melting. By late afternoon all the snow at lake level had disappeared without any traces that I could see.

A couple arriving at the campground that evening found it hard to believe me when I told them the area had been covered in snow that morning. I might have doubted it too, had I not seen for myself just how quickly a light snow blanket can melt.

To me, this uncommon and temporary nature of snow below the mountains makes searching for it tantalising, and the rare experiences of it are all the more rewarding. I've been to Lake St Clair many times, mostly in winter, and the one occasion when it snowed briefly and unexpectedly at lake level was the most memorable. Even as memorable as reaching the lake at the end of hiking the Overland Track ... but that's another story. 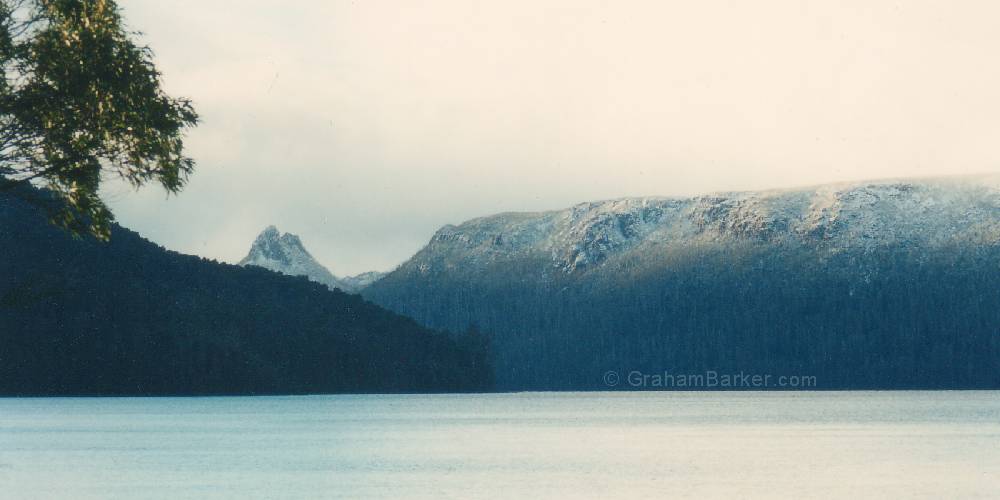 This short bit of video shows the light snowfall around the campground and the lake shore near the visitor centre - at the southern end of Tasmania's Lake St Clair.