Snug Falls gets less attention than other waterfalls in Tasmania, probably because it is smaller and not in a national park. But it provides an attractive sight and a pleasant walk for anyone exploring the coast south of Hobart. 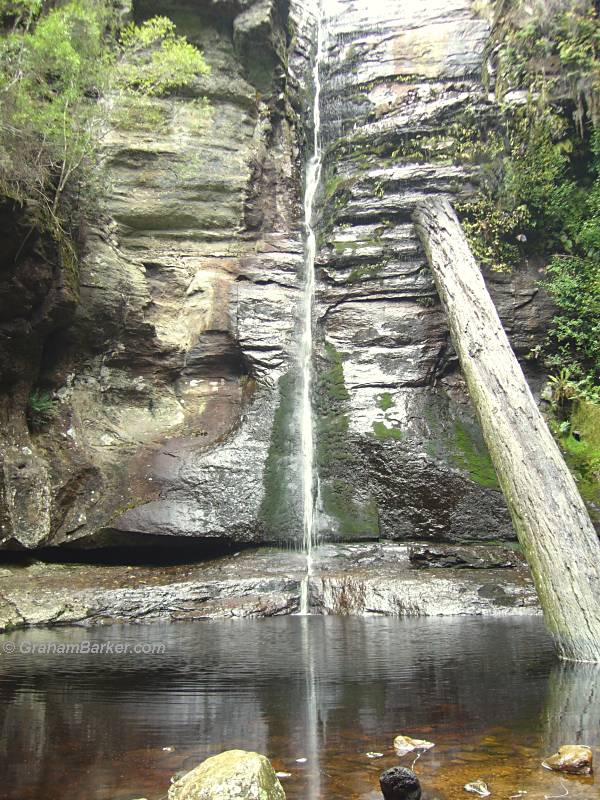 Snug Falls after a dry spell

Being up a dead end road and lacking in big signposts probably doesn't help attract visitors either. The falls are reached by turning off the main road in the small town of Snug, about 25km south of Hobart. There is a sign stating "Snug Falls", but it is similar in size to a regular street name sign, so you have to be looking out for it. Not like other falls with big brown tourist signage.

Snug Tiers Road takes you to the falls, and while it isn't long, it becomes very narrow - one lane with passing bays. This could deter some drivers, even if the gravel surface isn't slippery after rain. Once you get to the start of the walking track, things improve.

The track is easy to follow and has a reasonably good surface, as long as you don't hurry. In fact the outward journey is nearly all downhill, making it rather cruisy. You pass through typically beautiful Tasmanian forest, which becomes more lush and damp as you descend the gully. Upon rounding a spur the sound of the falls becomes clear, and soon you are in an enchanted setting with water tumbling into a secluded rocky pool. 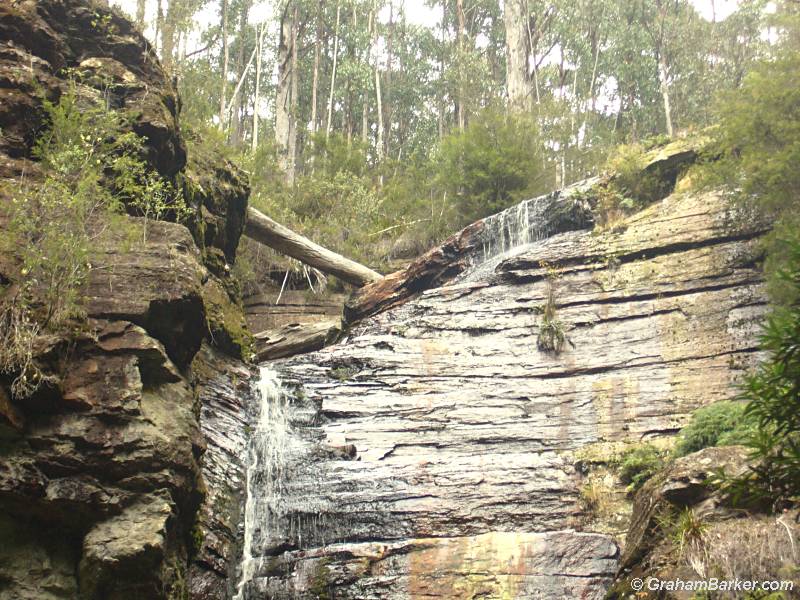 Top of the falls

When I visited it had been unusually dry for a while, and the waterfall had diminished to the very modest volume in the photos. Even so, the sights and sounds of this peaceful nook made for a relaxing lunch stop. Well, it was relaxing until I thought about the return walk.

What goes down must come up, and the return walk - back up the same path you came down - is almost entirely uphill. It shouldn't bother the fit and healthy, but if you're like me and not too energetic when it comes to ascending, be prepared for some puffing and perspiration. Apart from the effort, the walking is otherwise straightforward.

Visiting Snug Falls is something which could be done on the way to or from Bruny Island - that's when I did it - or as part of a journey between Hobart and the Huon Valley via the coast route. It is rated as an "easy" one hour return walk ... but could take a bit longer for some. It's far from being the biggest or wettest waterfall, but if you're passing through Snug anyway, it's a pleasant diversion. 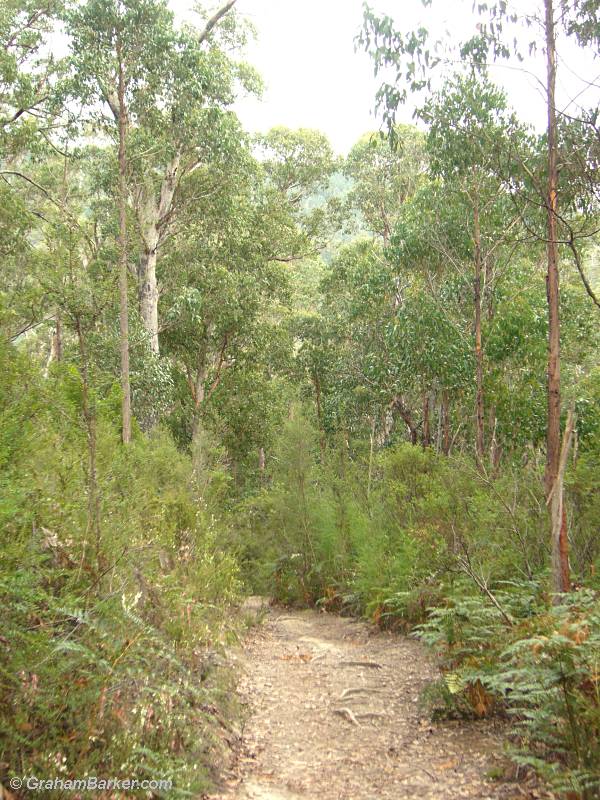 A gentle part of the track 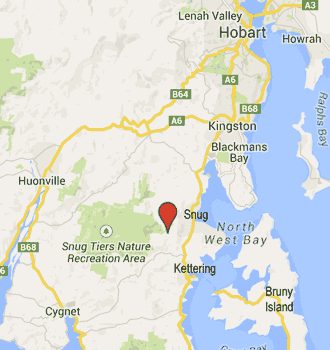