St Bathans is an old gold mining town in New Zealand, and with a population these days of only seven (or five) it is often referred to as a ghost town. I enjoyed being shown around this charming place by a guide who wasn't human ... but it's not as it sounds. My guide had fur and four legs, and was a dog named Jack. 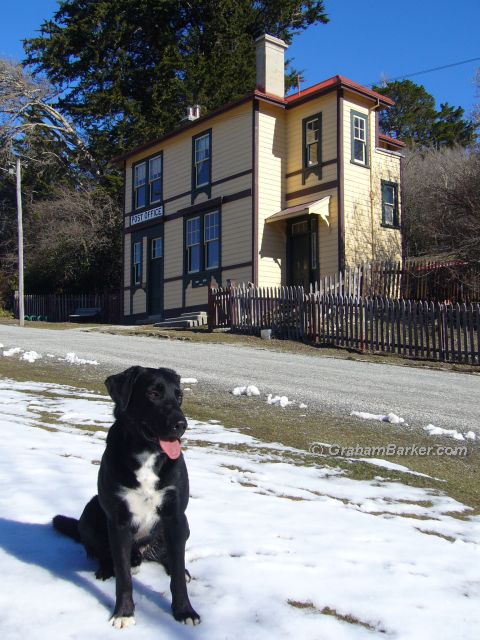 Visiting St Bathans took me to the remotest corner of the Maniototo region, a part of New Zealand's south island which is somewhat "out of the way" as far as tourism is concerned. It lies between Queenstown and Dunedin, but most of the traffic passes far to the south. The resulting lack of crowds, especially in winter, seems so appropriate for a ghost town.

On parking the car - you need your own wheels to get there - I was met by the friendly face of a dog who appeared pleased to meet me. When I walked up a hill to get a good view of the area, the dog playfully followed. I spent a while checking out Blue Lake, the result of a 120m hill being dug away by miners to leave a 68m deep pit ... which then flooded. When I returned down the hill, the dog led the way.

For the next little while I wandered around the leftovers of what was a bustling town of 2000 gold miners back in it's heyday, after gold was found in the 1860s. Everywhere I walked, this companionable dog led the way, anticipating where I would go next. I got the sense he had accompanied many visitors before me!

St Bathans has a good selection of old buildings, six of which are registered by the NZ Historic Places Trust. Built of wood, stone or mud brick, many are well preserved while a few are in varying stages of falling down. The old schoolhouse, church and graveyard are particularly ambient, and some of the stone cottages on the main street are quaintly attractive. 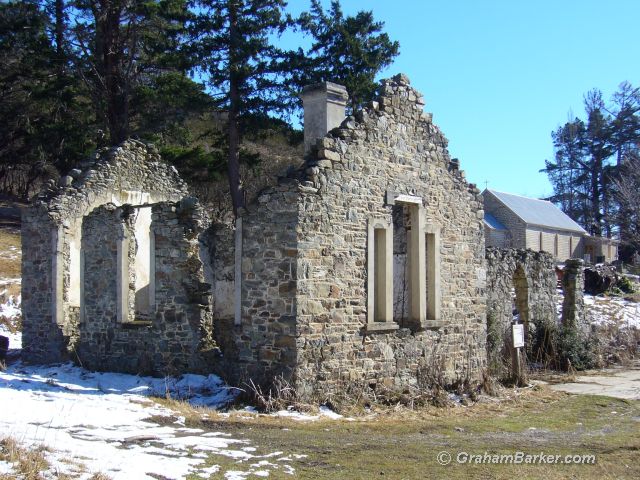 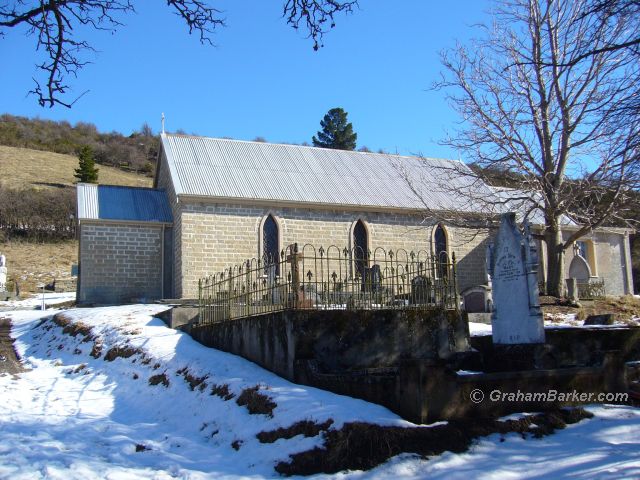 Being surrounded by hills and mountains serves to heighten the sense of isolation, in both time and space. St Bathans can be even further removed from similarity to other New Zealand towns if you visit in winter, when lakes in the area may freeze over, and snow sometimes lies on the ground. Remnant snow patches, solitude, deserted old buildings, and no sound except the wind whistling in the trees ... all can combine to create an eerie atmosphere.

Eventually the dog led me back to the historic Vulcan Hotel, which has been operating since 1882 and is still a great spot for refreshments, and also offers accommodation. It was there I learned that the dog's name was Jack, and that I was by no means the first to enjoy his company on a tour of his town. While Jack rested outside, I rested inside and chatted to one of the few residents of this distinctive area.

If you're into historic places which have retained their authentic charm, without being "developed" into big attractions, a wander around St Bathans - with or without a canine guide - is worth the effort of getting there. 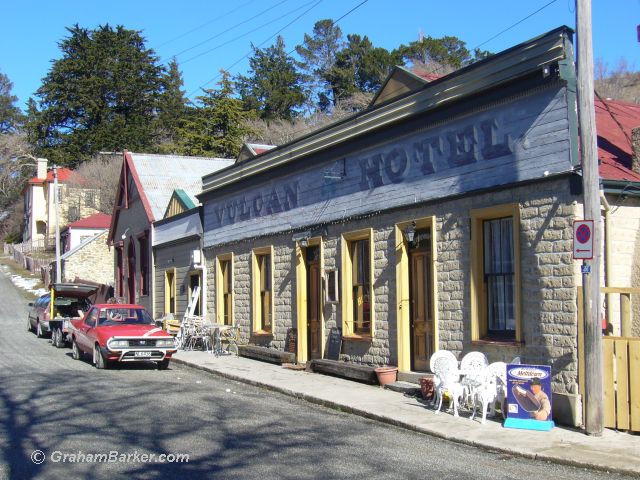 The Vulcan Hotel, still in use 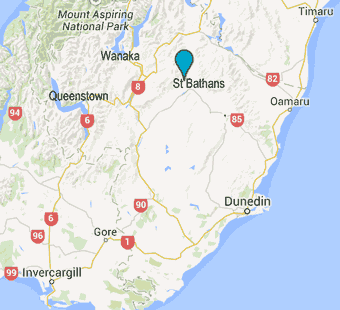