If you drive through enough Tasmanian forests, you'll come across a range of signs erected by Forestry Tasmania. Here is what I think about the public relations messages behind some of these signs. 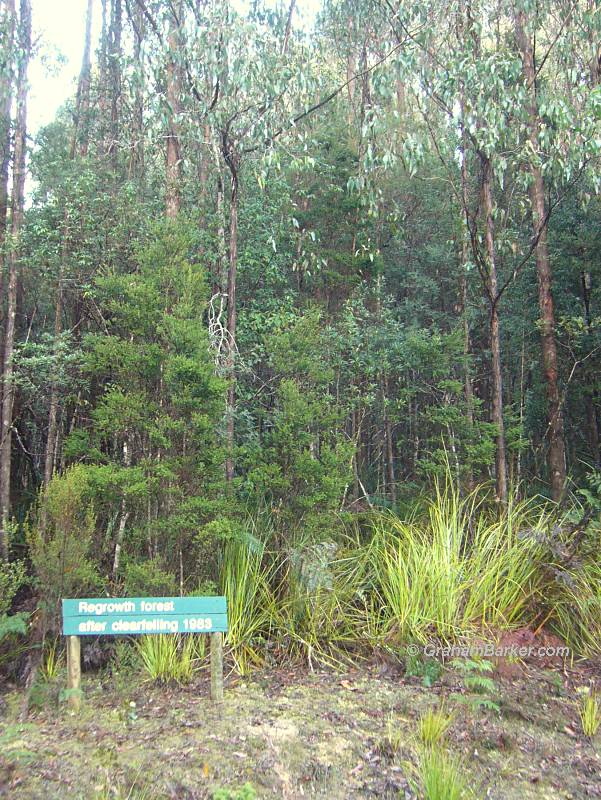 People's concerns about the destructiveness of logging are being countered here by signs pointing out how quickly trees grow back. I imagine our response is supposed to be something like "This forest was cut down in 1983 and look at it now! If it regrows that fast, then surely logging can't be all that bad".

Regrowth forest can indeed look impressive. What the sign doesn't convey is that regrowth forest lacks the biodiversity of the original forest, because it is never allowed to regrow long enough to provide as much habitat for life as it did before. 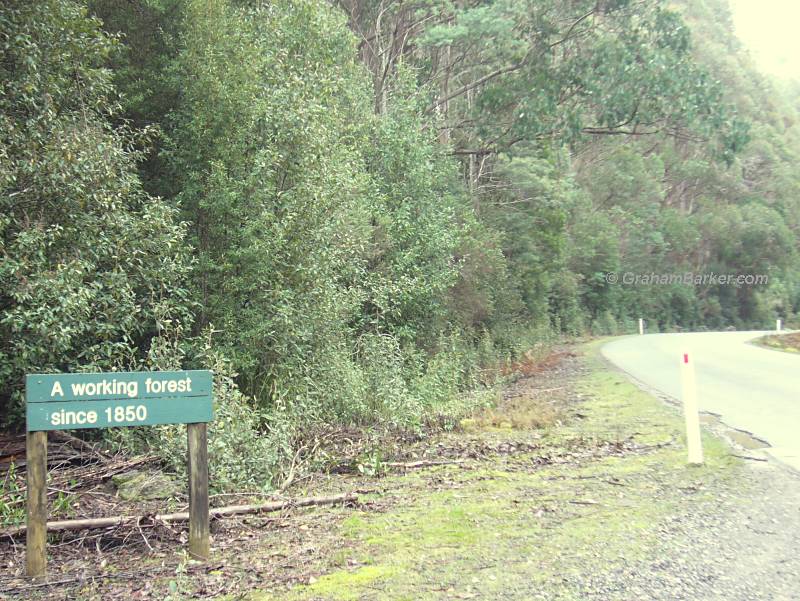 Like the regrowth signs, these signs are placed in sections of attractive forest which have been cut down in the past ... and could be cut down again as soon as it is profitable. The term "working" usually carries positive meanings, and is associated with usefulness and productivity. By using such a positive word to describe the cutting down of trees, perhaps we are more likely to excuse some of the side effects, such as logging roads, scorched earth, burnt stumps and permanent loss of wildlife.

I find it oddly amusing that a forest can be labelled as "working" - as if it wasn't doing anything useful until someone gave it a purpose by cutting it down! 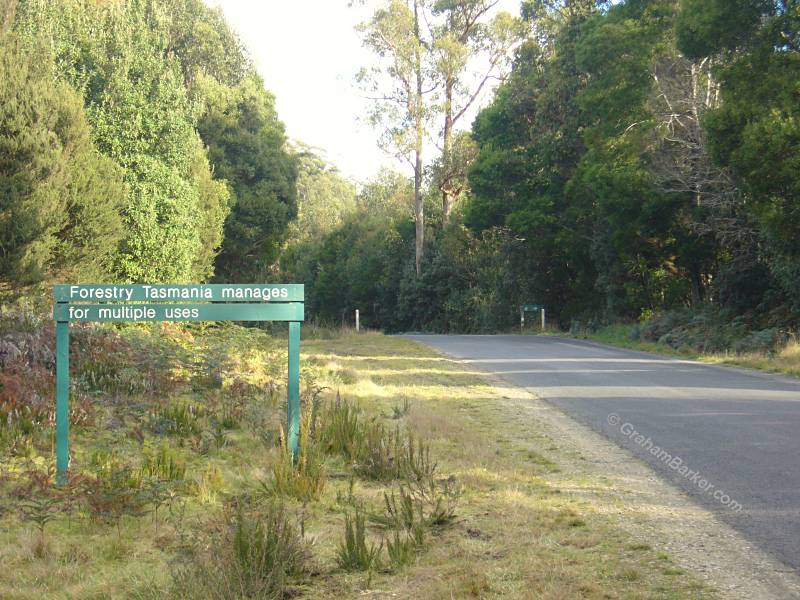 A cynical translation of this sign could be "Forestry Tasmania reserves small un-economic patches of forest as picnic areas and walk trails to improve their corporate image, and to make their destruction of other sections more palatable." These signs are often seen on the way to picnic areas or walk trails, by people using the forest for recreation. I suspect they are to meant to help us see forests not as mere ecosystems to be preserved, but as resources to be used, in a variety of ways. Including logging of course.

The concept of a native forest needing to be managed has an element of absurdity, I think. Tasmania's forests survived nicely, thrived even, all by themselves for millions of years before any humans came along. Even when Aboriginal people arrived, they coexisted with the forests for a further 40000 years or so with minimal impact.

It's only in the last 200 years that Tasmania's original forests have been decimated, with habitat loss and species extinctions. Now, with great irony, the body currently overseeing this process puts up signs to assure us the forest is being "managed". We are supposed to feel warm and fuzzy in the reassurance that, after eons of neglect, the forests are now being well looked after.

On a more positive note

Cynicism aside, and despite what has been lost, Tasmania thankfully still has a lot of truly awesome forest remaining. Within national parks and reserves, there is still plenty of native forest to be enjoyed in its original state, managed by nature alone. The un-logged forests don't need any carefully worded signs to persuade you that nature is doing a good job.