The stromatolites of Shark Bay, on Western Australia's north western coast, are well publicised in the tourist literature. However you don't need to go to such a remote place to see these pre-historic living rocks. Their close cousins - thrombolites - can be seen just south of Mandurah, within 100km of Perth. 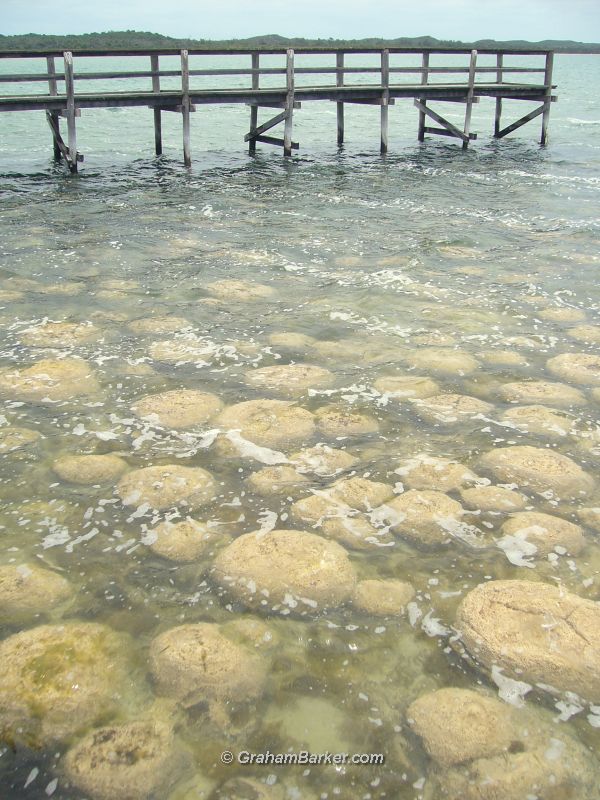 In case you were wondering what these things are, both are types of rare and extremely primitive life forms. They consist of single-celled bacteria which deposit layers of silt and calcium that slowly grow into rounded rocks. Scientists believe they are the earliest form of life on earth, dating back about 3500 million years, and the origins of oxygen in the atmosphere. These relics are mostly extinct and exist only as fossils - living examples can still be found growing in just a handful of places in the world. Shark Bay is the well known Western Australian example, but Lake Clifton is more accessible.

Lake Clifton's thrombolites can be reached from either of two roads - Mount John Rd and Clifton Downs Rd. Both are turn-offs from the Old Coast Road, south of Mandurah (and south of the Dawesville Channel) but north of where the new John Forrest Highway branches off towards Perth.

A few minutes drive brings you to a parking area with toilets and signs telling you about the thrombolites and their environment, which is part of Yalgorup National Park. From there a boardwalk takes you out over the shallow lake to where the thrombolites can be viewed from many angles. And what do you see? A community of rounded rock-like structures lying just beneath the surface ... or just breaching the surface, depending on water levels. Their humble appearance gives no indication of their status as extremely rare and ancient life forms - living fossils.

The thrombolites are more exposed in the lower water levels of summer and autumn, but are still easily seen at other times. Visibility is more affected by wind - strong winds may roughen the water surface and limit the underwater view. On the other hand, wind helps keep away the mosquitoes which can be a nuisance in still weather. 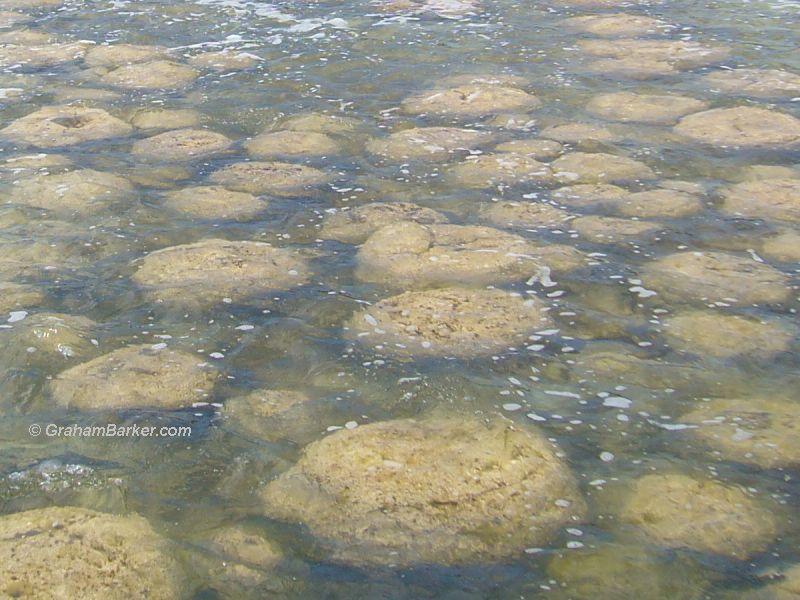 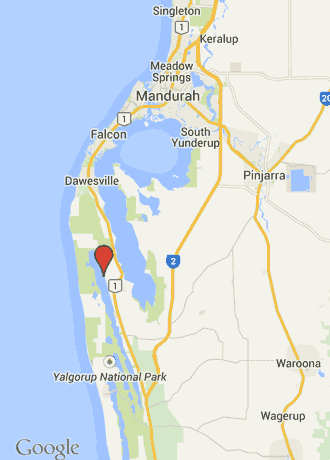