A remote Bass Strait beach with a caravan park

If you're travelling Tasmania by caravan or campervan, and looking for somewhere to stay which is out of the way and right on a good beach, Tomahawk Bay may be an option. It's in a part of the far north east which gets little visitor traffic, and is a good spot to chill out in coastal peace. 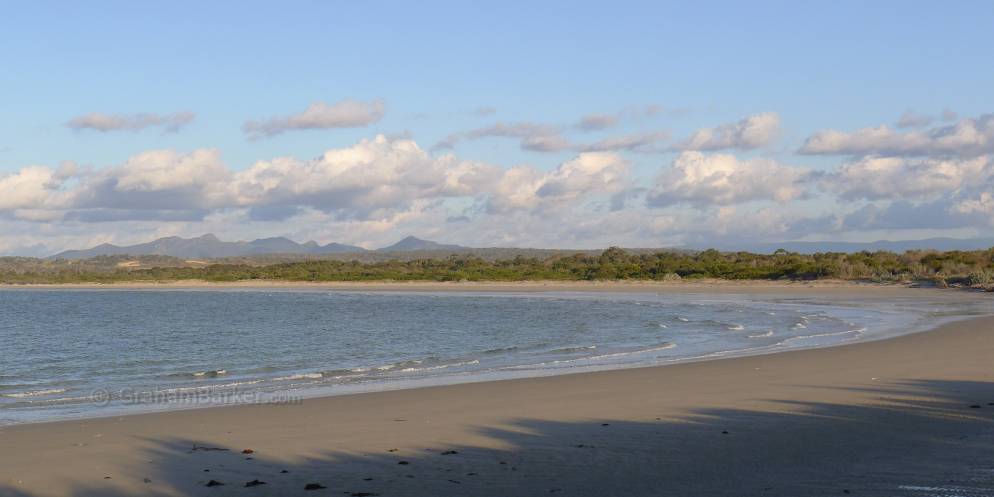 The peaceful ambience applies mainly outside of the summer holiday season. I'm told it's popular with Tasmanians in the summer, as the number of holiday shacks and size of the caravan park would suggest. But in the quieter periods there aren't many people around. Great for a break from a busy holiday, or just a stopover on an isolated bit of coast.

I dropped in to Tomahawk Bay while travelling between the Bay of Fires area and the coastal town of Bridport. Having spent time in mountains and forests, being next to a beach seemed appealing for a bit of variety. And it was. The caravan park is adjacent to the beach, and it's only a short walk through a bit of coastal vegetation onto a beautiful stretch of clean sand.

The day I arrived had crystal clear blue skies, contrary to what so many people mistakenly believe about Tasmanian winter weather. Gazing out into Bass Strait, the peaks of Flinders Island and the bulk of Cape Barren Island were clearly visible on the horizon. Only a week beforehand I had been on Flinders Island looking south to the distant mainland of Tasmania. To look back from the other side felt somehow balanced.

There is a small shop attached to the caravan park office, but the best option is to bring with you everything you need. Other than the caravan park, holiday shacks and a boat launching area, there is nothing in the area other than nature itself. If you're equipped with your own van, that may be all you need. 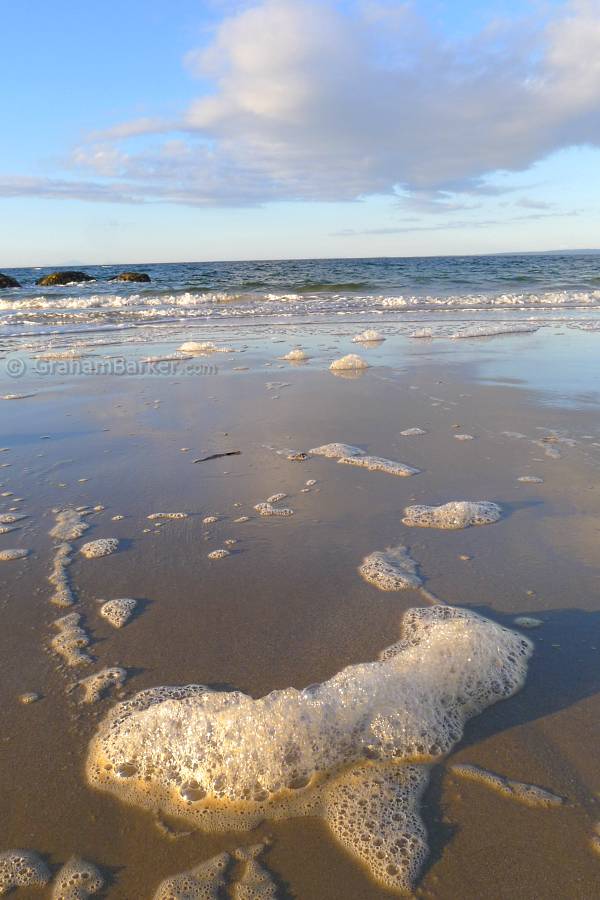 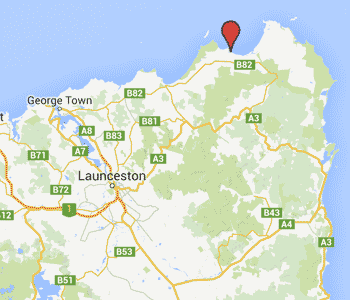