A drive down the Waitaki Valley

The road has an uninspiring name and sees little tourist traffic. But if you enjoy mountains, lakes, dams and charming rural countryside, State Highway 83 is a pleasant journey down the Waitaki Valley, from New Zealand's Mackenzie Country to the coast. 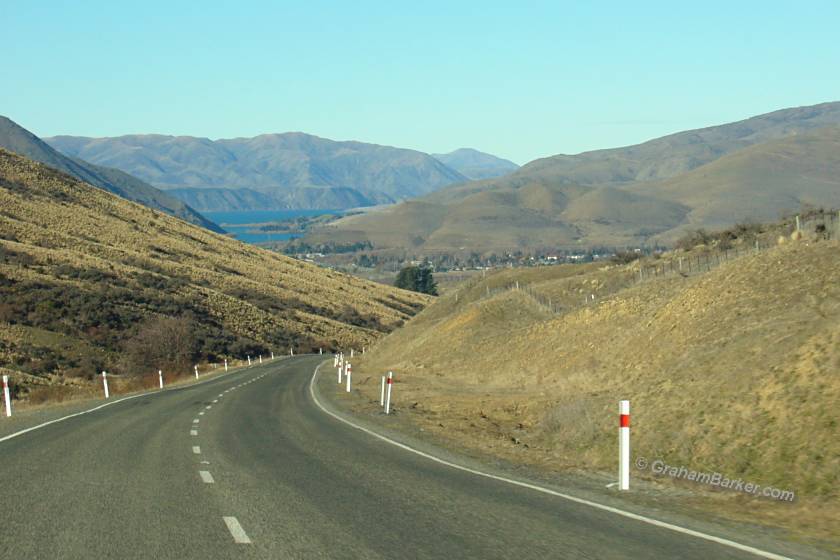 A trip down the Waitaki Valley takes you from Omarama (on the main Christchurch to Queenstown route) eastwards to near Oamaru (on the Christchurch to Dunedin coastal route). On most tours where time is limited, the aim is to include as many must-see sights as possible with minimum distance and backtracking. The Waitaki valley doesn't conveniently fit into an efficient circuit of the south island, which is most likely why so many people pass it by.

I passed it by on my first three trips to New Zealand, but on a later trip I had a car, and the opportunity to focus on the places I hadn't yet seen. So, on a gloriously pristine winters day, I scraped the ice from the car and headed east from Omarama.

The first part of the drive is within the southern end of Mackenzie Country, an elevated basin of tussock grasslands surrounded by mountains. Not far from Omarama, the mountains closed in and I pulled over at a stopping place - the Ahuriri Arm of Lake Benmore. If conditions are right, the snowcapped mountains reflected in the lake can be a magnificent sight. 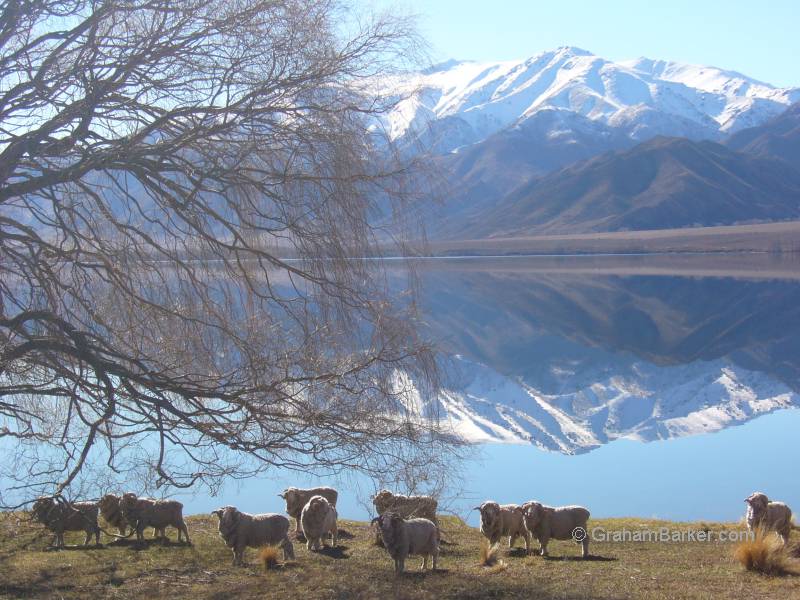 I felt lucky on my visit. New Zealand is famous for its sheep, and snowcapped mountains and big reflective lakes are kiwi tourist icons. I was able to capture all three of these elements in the same photo, something which had eluded me up to that point. You probably need to be a keen photographer to appreciate my satisfaction!

Continuing on, the road begins descending. At the hamlet of Otematata you can stay on the main road, or else turn left on a scenic detour across and along the two main dams in the area. The first is the large dam holding back Lake Benmore - a lookout provides fine views of the dam and associated power station. Below the dam, the sealed road skirts the edge of Lake Aviemore before crossing the dam wall and rejoining the main road. 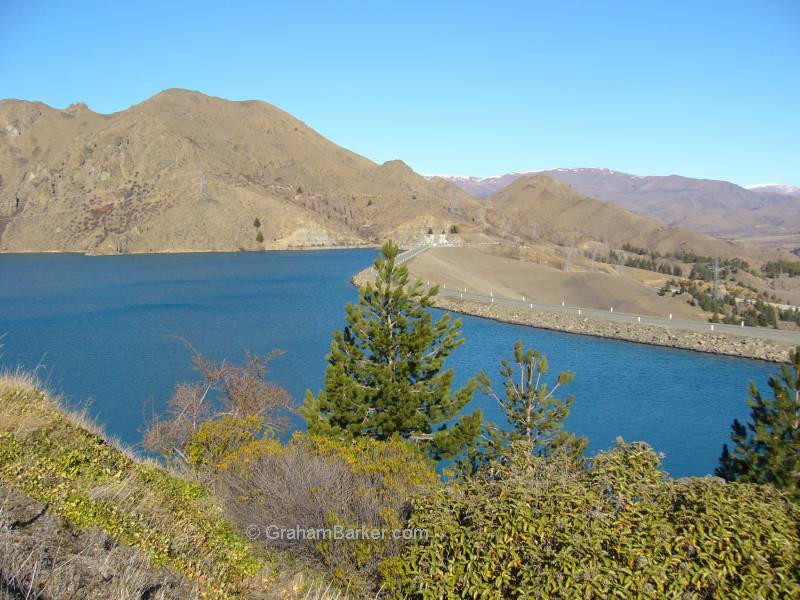 Further on, the valley becomes more agricultural, although it remains peaceful and lacking in much traffic. The change from dry inland uplands to more moist and temperate coastal lowlands starts to become apparent. There are no major towns or big tourist attractions (there are small ones) in the Waitaki valley, giving it a slightly different character from parts of the country which cater for more visitors. I like to think of it as New Zealand "in plain clothes".

The small town of Duntroon has an attractive stone church, which at the time of my visit was having its grass mowed by a sheep. It also has the Vanished World Centre, with displays about the geology of the area, but this was closed when I passed through. 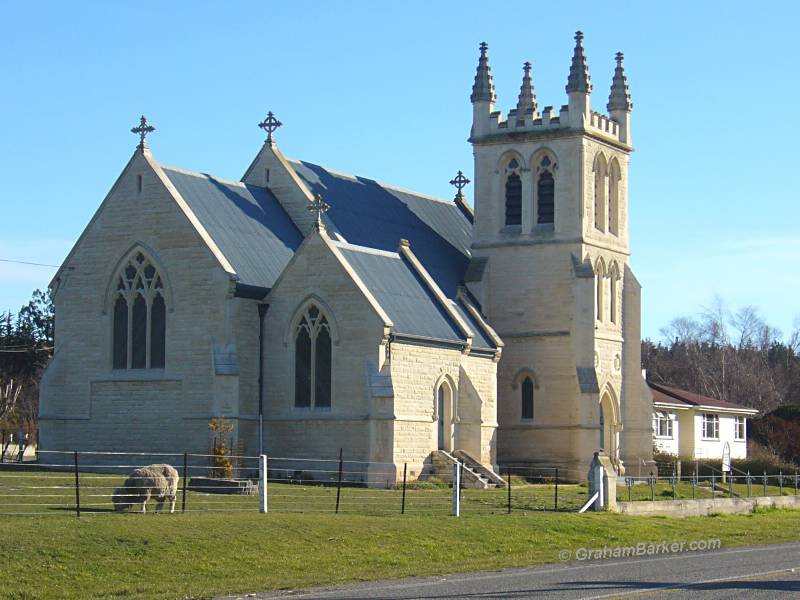 State Highway 83 continues directly to the coast, but I took the more scenic route to Oamaru. A southward turn near Duntroon leads through undulating farmland past some unique elephant-like rock formations known as Elephant Rocks, which I've written about on a separate page.

The drive down (or up) the Waitaki Valley can easily be done in a morning or afternoon, including detours. If you've got your own transport and time to explore, I can recommend it as a worthy addition to any tour of places less visited in New Zealand. 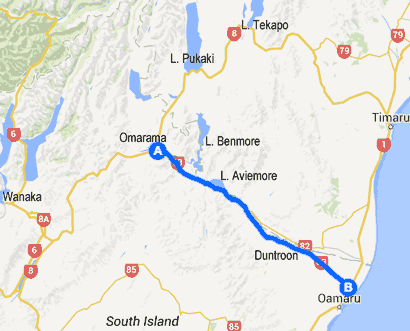