A sheltered beach near Albany with views across King George Sound

Albany on the WA south coast is known for its gorgeous coastline, but many of its beaches are exposed to boisterous seas and winds. One beach which is reasonably sheltered and safe in the right conditions is Whaling Cove - its scenery and views across one of the world’s great natural harbours put it among my favourites. 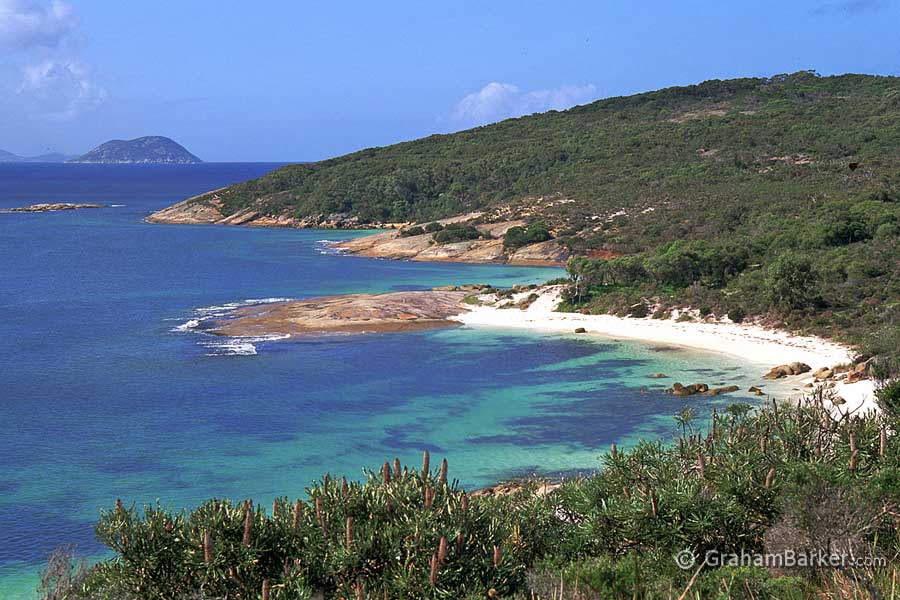 Whaling Cove is on the eastern side of the Vancouver peninsula, the neck of land which separates calm Princess Royal Harbour from the ocean of King George Sound. As the crow flies, it is not far from the centre of Albany. But to get there involves driving out towards the Torndirrup National Park, home of the whaling station, the gap, natural bridge, blowholes, and other scenic delights.

Upon entering the national park, but before reaching any of the attractions mentioned above, a left turn up Quaranup Road heads north towards the old quarantine station. A few kilometres in, the car park for Whaling Cove is on the right. Like the road, the car park is sealed and an easy drive - a far cry from the rough corrugated gravel that it used to be.

Two paths traverse the short distance from the car park down to the beaches. On the right is a small sheltered beach with an attractive splash of orange on the granite behind it. A gently sloping (easy to walk on) rocky point separates it from a longer stretch of beach on the left. 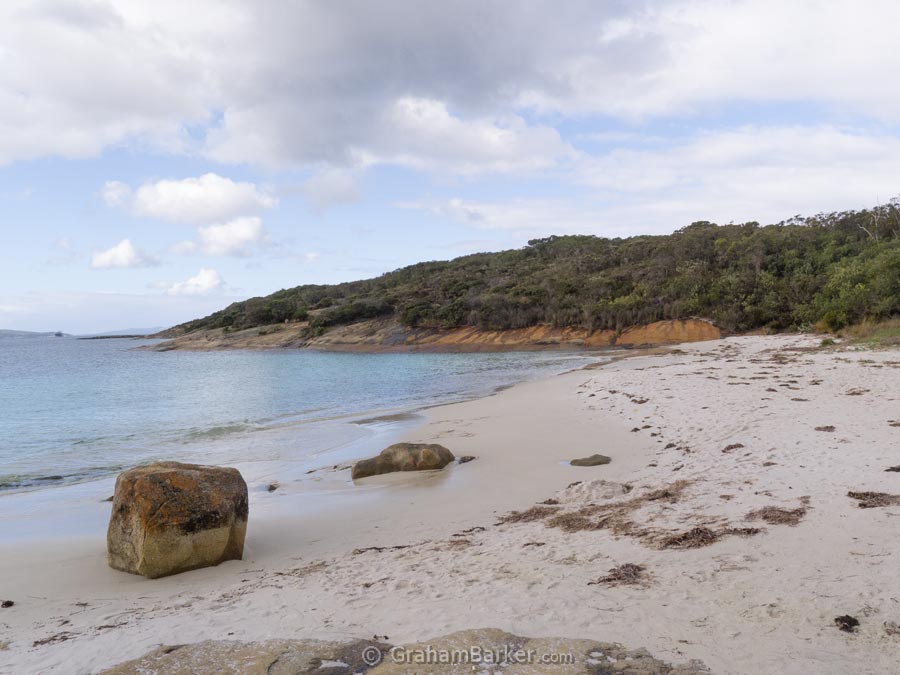 Even if the water isn't inviting for a swim, the views can make it a pleasant place to sit and soak up the scenery or contemplate the meaning of life. There is some bench seating which caters for this, plus a toilet for those who have been there a while.

The water, coastal views and colourful rocks make this a great spot for photography. Especially in changing light if it is cloudy, which it often is in this part of the world. Wandering around in search of the perfectly framed beach photo can easily use up a chunk of time, and can be a good way to relax for those not into swimming or fishing.

Just don't expect wilderness-like shots of sand without any footprints. And unless you visit in bad weather you probably won't have the beach to yourself either. The beaches at Whaling Cove are well known to locals, and their footprints in the sand show that this beautiful bit of coast is much loved by them. 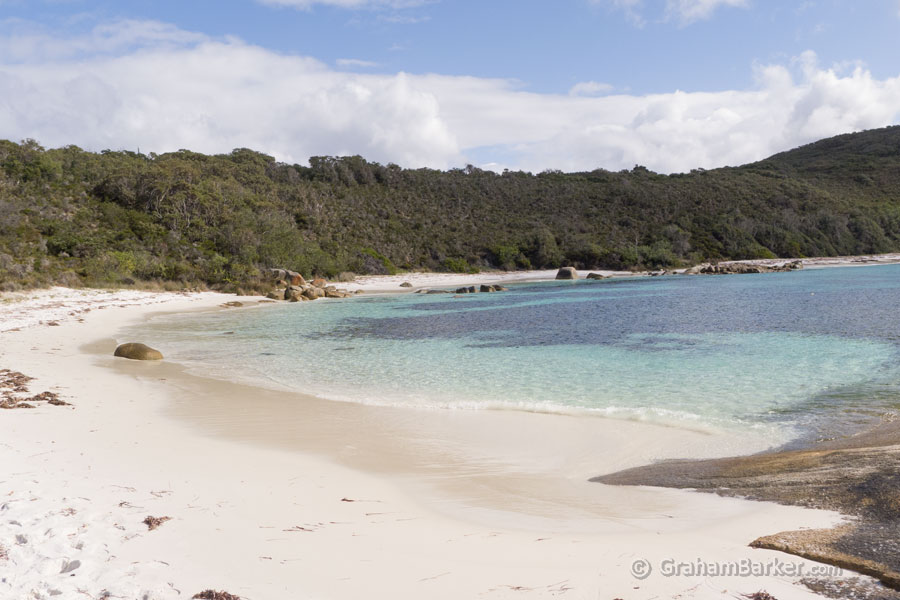 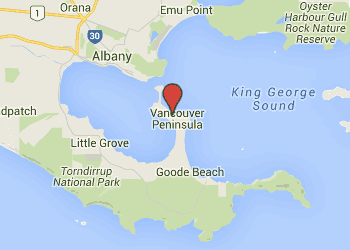