A gorgeous beach with a river, nesting birds and a shipwrecked boiler

A rocky wind-battered Island in Bass Strait may not be the most obvious place for a pleasant stroll on a gorgeous beach. But King Island does have some lovely beaches which can be great to visit in the right weather. Yellow Rock Beach is one such place. It is also the only spot on a coast abounding in shipwrecks where part of a wrecked ship is visible from the shore. 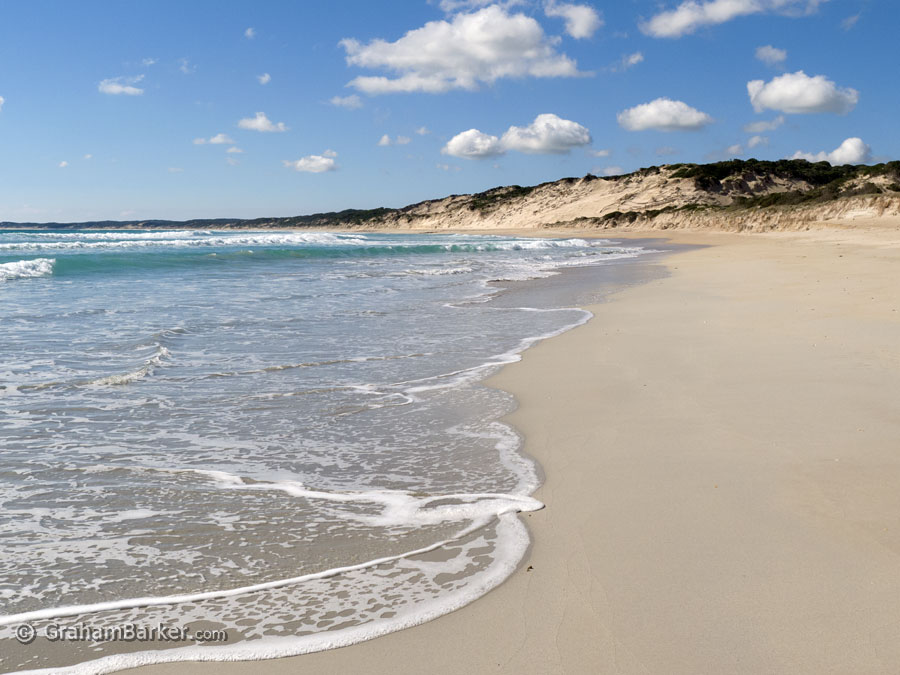 The beach is accessed from a gravel road about 28 km north of Currie, towards the upper end of King Island's West coast. After passing through the obligatory gate, getting to the beach involves a ten minute walk on a sandy track over a small hill. Parts of the track overlook the Yellow Rock River, which flows onto the beach. The crest of the track provides glimpses of the beach and nearby islands, partially obscured by the thick vegetation. 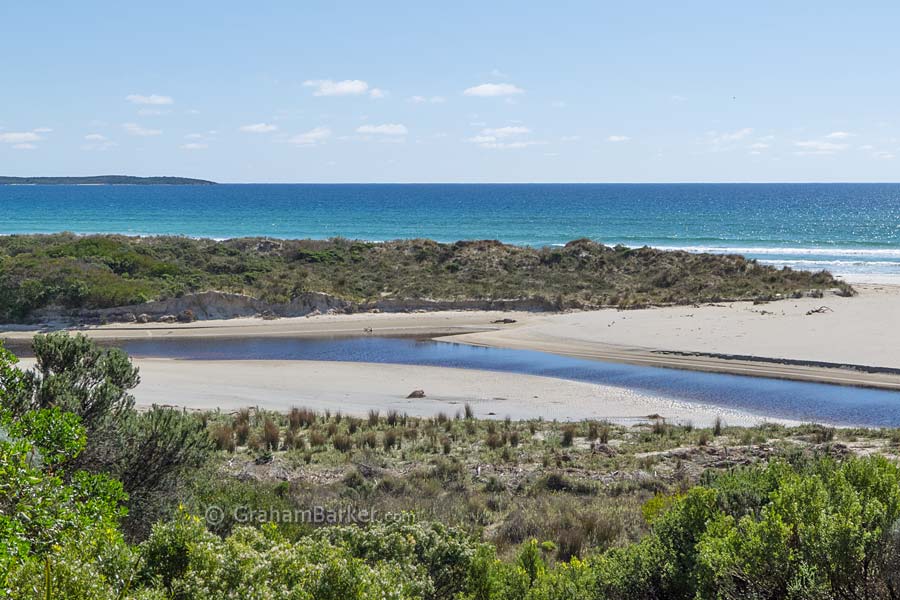 View from the track

When the track ends you're at the edge of the river where it snakes in a wide curve across the beach and into the surf. I enjoyed just following the shallow water as it flowed calmly over the sand, creating rippled patterns. The point where the water entered the sea also kept my attention for a while, being a constant tussle between river flowing out and waves coming back in. The river would break through, then the waves would overpower it and its foam would invade, then the tannin-stained river would overcome and seemingly push the waves back.

This is a popular nesting area, and an assortment of birds I didn't recognise went about their business, landing and taking off on the wider stretches of river. In keeping with King Island, the background noise consisted of just the sea and the wind, interrupted only by birdsong. In other words, peaceful and relaxing. 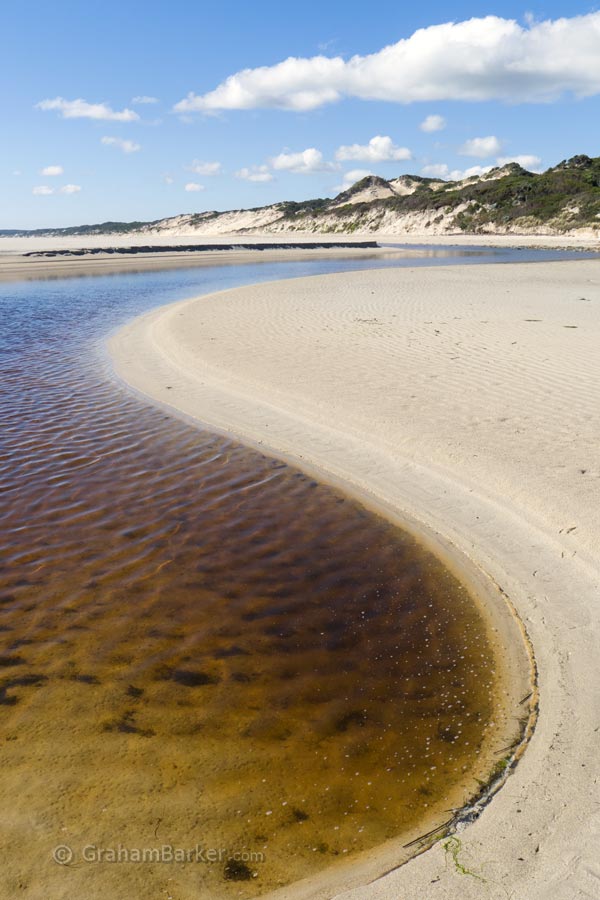 Anyone's experience of the beach will obviously depend on the weather. Being on the west side of a Bass Strait island makes it prone to wind and rough seas - worth seeing, but perhaps not lingering. When I visited it was the opposite. Sunny blue skies, gentle breezes, and the sea not too rough. It was just as appealing as any of the great beaches I've been to in warmer climates. And nobody else in sight ... although I did eventually find one other set of footprints.

In good weather the long stretch of sand, uninterrupted by rocks or weedy patches, makes for a very enjoyable Beach walk. Christmas and New Year Islands provide points of interest offshore. Other items of interest are right under your feet - shells. Thousands of them! I've read that this beach has over a hundred varieties of shells on it, and the variety I saw makes this believable. 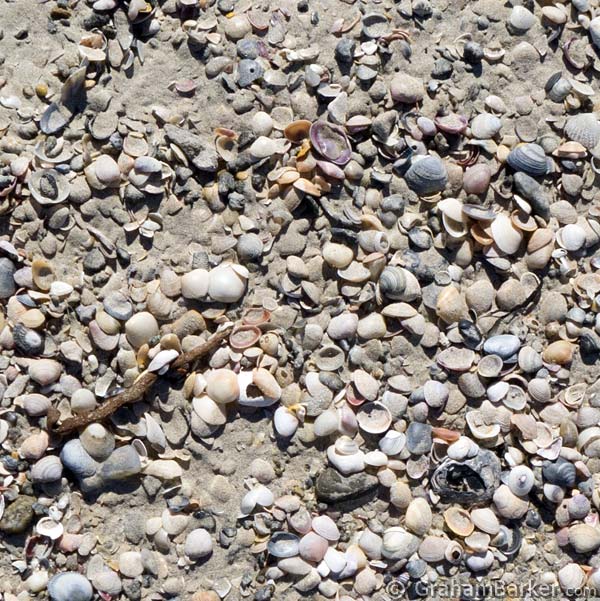 The other point of interest on this beach is part of the wreck of the paddle steamer Shannon, which ran aground just south of the river in 1906. Much of it was salvaged, but the boiler remains. Most of the time it is visible from the beach, making it the only in-situ ship wreckage you can see from land on King Island. 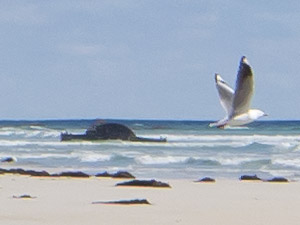 Getting a closer view means crossing the river and getting wet feet ... though if you pick a good spot the water need not be much more than ankle deep. Having already enjoyed a long walk - and maybe a little too much local cheese - I felt too lazy to take my boots off and do this. The wreckage is visible in the distance from the other side of the river, but for someone feeling less lazy, crossing the shallow river gives a better view and also opens up more walking territory.

Yellow Rock beach may not be as long, sheltered, and as safe for swimming as the Martha Lavinia beach on the north east corner of King Island. However it has the river, offshore islands and a rusty boiler to compensate. And if the weather isn’t so good, the quicker access makes it more feasible to visit during a fine sunny break ... which is when Yellow Rock beach shines.