A collection of my favourite quotes containing wisdom relevant to travel

Here are some of my favourite quotations which have something to say about travel. Some are specifically about travel, others are more general, but they all contain nuggets of truth which are relevant to travellers. They also sum up things I've learned in my own journeys.

In this quote, "out there" refers to wilderness. Being in the wilderness is often described as getting away from it all, and coming home is usually thought of as returning to the real world.

Photographer Peter Dombrovskis saw it the other way round. He spent much time immersed in the Tasmanian wilderness, becoming a pioneer in the use of wilderness photography as a powerful tool in conservation campaigns. He saw wilderness not as getting away from it all, but as returning to something more real than the man made world.

I think anyone who has has their mind refreshed by quality time in wild natural places might think Peter Dombrovskis has a valid point.

"Twenty years from now you will be more disappointed by the things you didn't do than by the ones you did do. So throw off the bowlines. Sail away from the safe harbor. Catch the trade winds in your sails. Explore. Dream. Discover." - Mark Twain

"The only trips I regret are the ones I didn't do." - Paddy Pallin

The Snowy Mountains camping holiday I abandoned because the flies were so unbearable is not one I regret either. It resulted in a change of plans which saw me enjoying some lovely parts of Victoria I might not otherwise have thought of going to.

"There is no such thing as bad weather, only inappropriate clothing." - Sir Ranulph Fiennes

Words like these carry weight when spoken by one of the greatest polar explorers of our time. If Antarctic blizzards can be rendered "not bad" by wearing appropriate clothing, then ordinary cold or inclement weather need not be a barrier to the suitably dressed holiday-maker.

This has been my experience. With proper warm and weatherproof clothing I've stayed perfectly comfortable in the sort of weather that keeps most people indoors. In doing so I've accessed some awesome places and seen nature at its most spectacularly beautiful. All I had to do was wear a few extra layers. 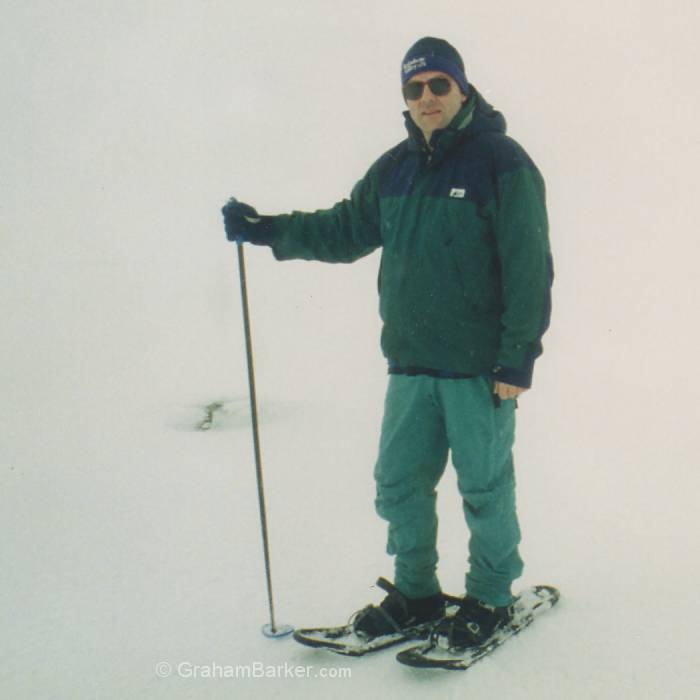 With appropriate clothing, this Snowy Mountains blizzard was just a small inconvenience

I doubt the author had packing lists in mind, but I think this quote applies well to packing lists when travelling light. The nirvana of lightweight travel is achieved when the packing list has been trimmed as much as possible - when no further non-essentials can be removed, while still including everything that is essential.

My lightest ever holiday luggage lacked nothing I needed, and only two unused items which could have been left out. Not perfection, but I'm getting nearer!

"The better organised you are in the simple things, the more spontaneous and free you can be in the more important things." - Brian Tracy

This can also relate to packing and preparation for a trip.

Carrying too much luggage can leave you feeling weighed down, mentally as well as physically. Not having all the stuff you need, through lack of planning, can be a source of irritation. Lack of research can lead to that discomforting feeling that you might be missing something.

On the other hand, if you have all the details taken care of and are well prepared - and you know this to be true because you've ticked things off a well organised list - then your mind can feel unencumbered and freed up to better enjoy the present, without distracting thoughts. 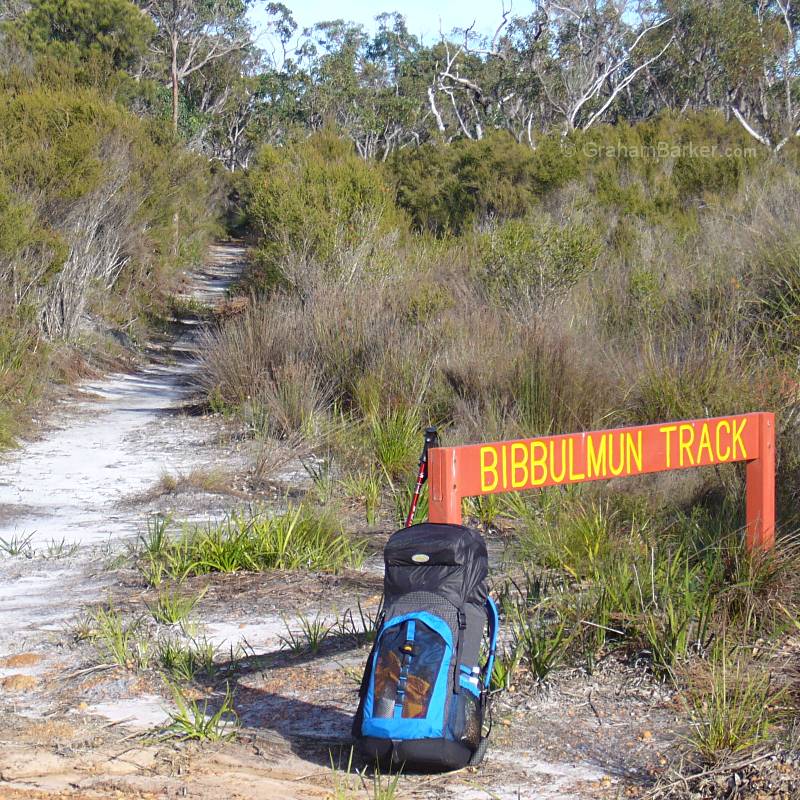 "What a lovely surprise to discover how un-lonely being alone can be." - Ellen Burstyn

How true this is might depend on personality type, and where you sit on the introvert-extrovert spectrum. But for me, being alone and being lonely are two different things. One doesn't necessarily lead to the other. A lot of my travel and bushwalking has been by myself, and it has not been lonely. Being alone can heighten awareness of surroundings, which can make wilderness walks especially enjoyable.

Solo travel in general can be anything but lonely. When you don't have familiar people around you, even introverts like me tend to talk to strangers more - especially other solo travellers. I've travelled with other people as well as by myself, and found the solo trips to be just as social.

"A wise traveler never despises his own country." - William Hazlitt or Carlo Goldoni (or Pamela Goldoni)

When holidays are discussed in lunch rooms and social meetings, overseas travel tends to be more highly regarded than domestic travel, or "staying home". It's as if going to faraway foreign destinations is more desirable, and travel within one's own country is second best ... something you only do if you can't afford to go overseas.

Think about that a moment. For every foreign country which seems appealing and desirable to visit - isn't that country "home" for the people who live in it? Why can't it be just as appealing to travel in for those who are already there?

Millions of people each year travel half way across the planet to visit Australia - because they think the country is a great place to have a holiday in. It would be a pity if I let some overseas travel prejudices stop me enjoying this country in the same way - just because I live in it. The fact that I live here just makes it more convenient. 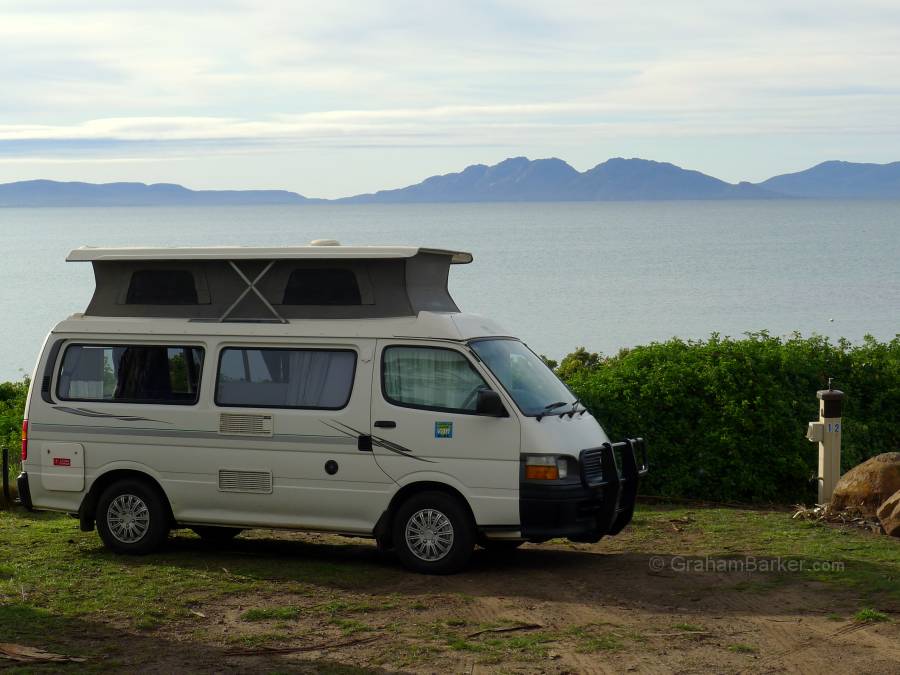 Exploring my own country is not to be despised!

"The most important thing is not clicking the shutter ... it is clicking with the subject." - Alfred Eisenstadt

Have you ever watched groups of people at scenic viewpoints? I have. All too often the focus is on taking photos of the view, then the view with every possible combination of companions standing in front of it. Time spent just soaking up the scene with the naked eye (not through a lens) is left to last, if time permits.

One of the rewards of independent travel, as opposed to organised tours, is the flexibility to linger long at a beauty spot and really take it in. And then take photos, after "clicking with the subject".

Waterfalls and cascades are a favourite of mine. I can sit for long periods, relaxing in the ambience and studying the details. Often this leads to better photos because I've got to know the subject better, or seen it from many angles. Even if it doesn't, the photos are more meaningful (to me) because they illustrate a scene I've experienced more fully.

"Do not go where the path may lead, go instead where there is no path and leave a trail." - Ralph Waldo Emerson

"Two roads diverged in a wood and I - I took the one less traveled by." - Robert Frost

In travel, this could equate to not following the crowds on the normal tourist routes and instead going where most people don't go.

I'm not against following the obvious routes. They are usually popular for good reasons ... I've had plenty of enjoyable trips down well-trodden paths. However my favourite strategy is to avoid the crowds by going to the out-of-the-way places. Perhaps not "where there is no path"; such places are beyond the scope of most travellers. But there are plenty of roads which are comparatively less travelled than the popular routes. On these you may get to see places not yet spoiled by mass tourism, without battling crowds ... and occasionally find delights which were unexpected because they haven't been plastered across TV and the internet. 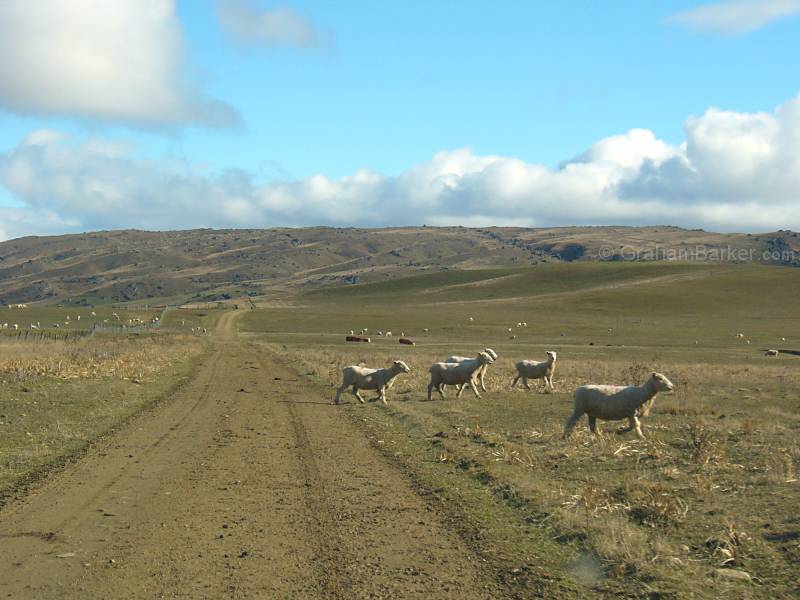