If you go to Flinders Island, you'll feel far removed from the hustle and bustle of city life. But if you want to feel even more away from it all, there is a gorgeous inlet and rocky point on the island's north eastern tip I can recommend. It's called North East River, and is a great spot for boating, fishing, swimming, beach combing, photography ... or just chilling out on a lovely bit of coast. 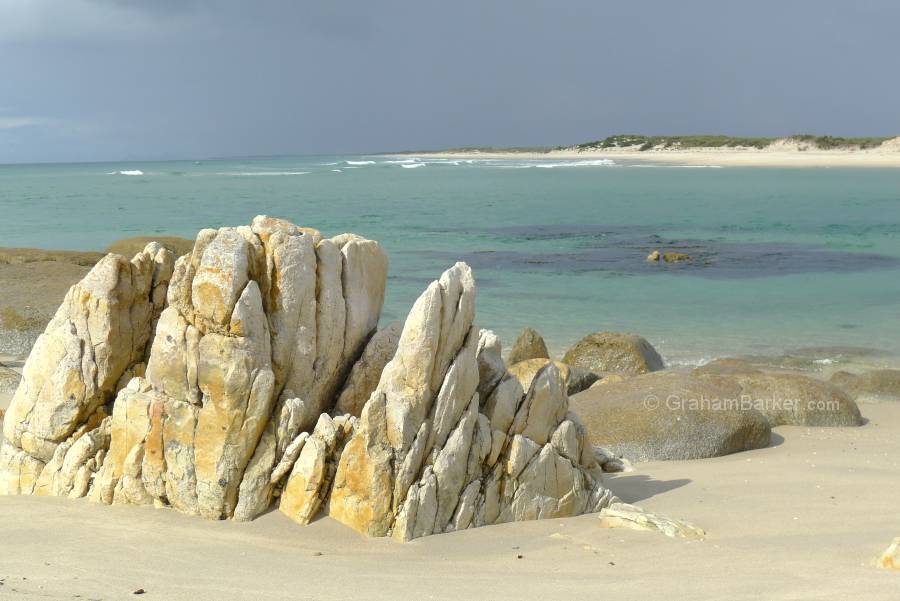 Where the North East River flows into Bass Strait

The remoteness of the far corner of an island in Bass Strait appealed to me, especially having just spent some time in Melbourne. I've heard it joked that Flinders Island is where rural Tasmanians go for a less hectic lifestyle - this being an unkind jab at the island's quiet lifestyle by mainlanders who regard Tasmania as a sleepy backwater. If Flinders Island is that tranquil, then its most isolated beauty spot could be a great antidote to city living.

Getting there involved heading north from Whitemark up the main road traversing the west coast. As I drove along this one and only road to the north end, I really did feel like I was far from anywhere. That feeling grew as I passed the roads to Killiecrankie and Palana, leaving nothing but bush and the traffic-free gravel road between me and my destination.

It isn't wilderness. Occasional fence lines reminded me the area isn't quite deserted, and a small area of logging reminded me that Flinders Island is part of Tasmania. Other than that, nature took centre stage. 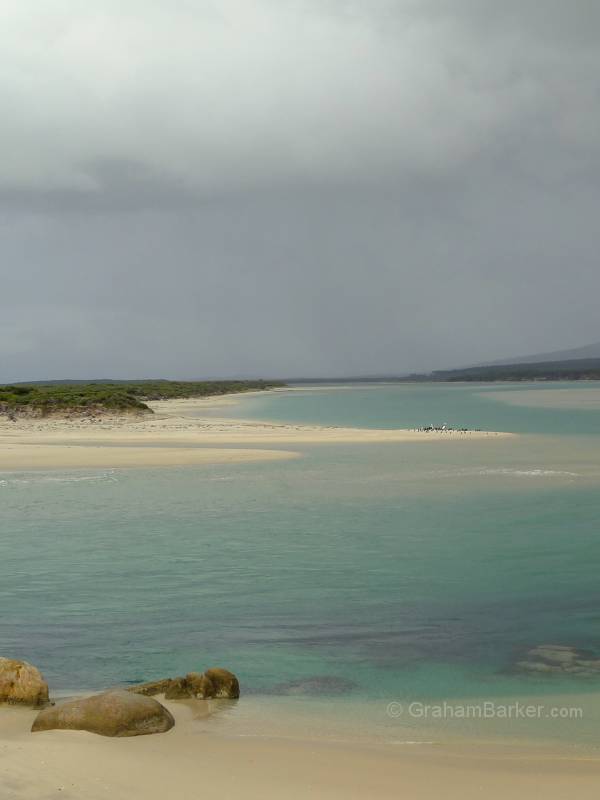 The road travels alongside the North East River for the last few kilometres, with enticing glimpses of a wide and calm inlet almost begging to be swum in or canoed upon. Weather permitting, of course.

I pulled over and parked just before the end of the road. The last few hundred metres looked a little bit soft for my liking, though it probably would have been okay. Being in a hired car in places with no people or phone reception tends to make me err on the side of caution.

A short walk up what remained of the track brought me to a promontory. On the right, a lovely panorama of the broad waters of the North East River where it turns a bend and creeps into the sea, surrounded by some attractive stretches of beach.

On the left, nearest the picnic and toilet facilities, a north-facing beach overlooks a bay with a wooded headland at the other end, and views of small islands. In between, the promontory ends in rocky outcrops with pools and views which just have to be explored. Which I did. 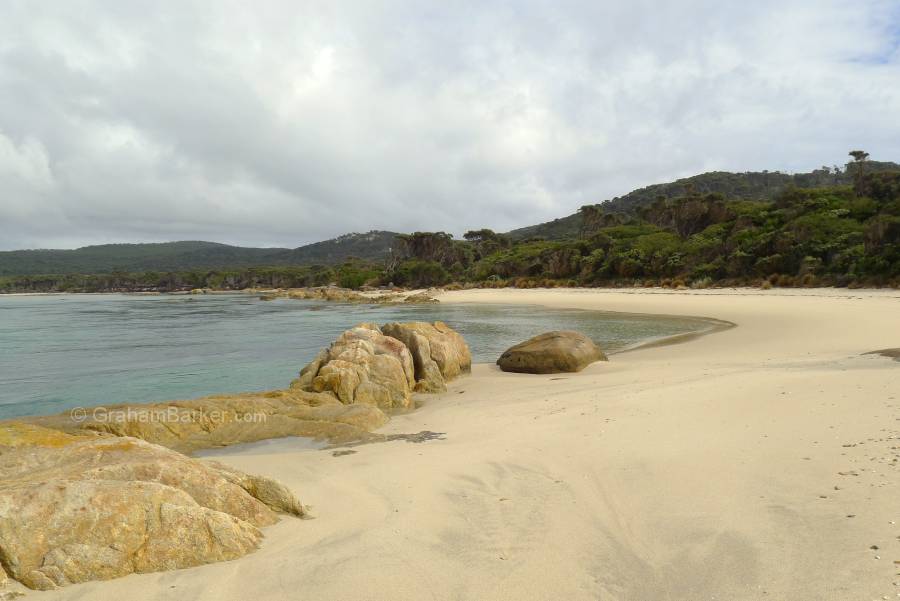 The soothing sounds of waves meeting the shore with birds circling soon had me relaxed and in tune with nature. Not that it's hard to achieve that on Flinders Island. I particularly enjoyed the beach along the inlet near where it enters the sea. Clean sand - unspoiled by footprints, of course - gentle waters and artistically placed rocks created a beautiful ambience. Very away-from-it-all, both geographically and in mood.

The north-facing beach was also beautiful, but rather windy when I was there, unlike the inlet. That illustrated a convenient feature of the area ... whatever the wind direction, you can probably find somewhere that's relatively sheltered.

The often changeable weather of Flinders Island varied from kind and sunny to dark and threatening - creating the sort of light and mood changes which keep photographers hanging around.

After much loitering I did eventually leave, glad that I'd made the effort to visit such a lovely spot. And feeling like I really had got away from it all.

Overlooking North East River from where the gravel road ends

The north-facing beach near the mouth of North East River 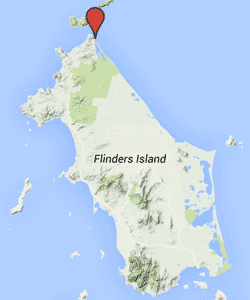