Stopping to smell the flowers on Frenchmans Peak

"Stop and smell the roses (or flowers)" - an old piece of wisdom, urging us to pause and appreciate the beauty all around us. It may be wise, but can be easily forgotten when travelling. So much to see, and so little time! On a climb up Frenchman's Peak in Western Australia I took the old saying literally, and was very impressed with what I saw ... once I stopped long enough to really see it. 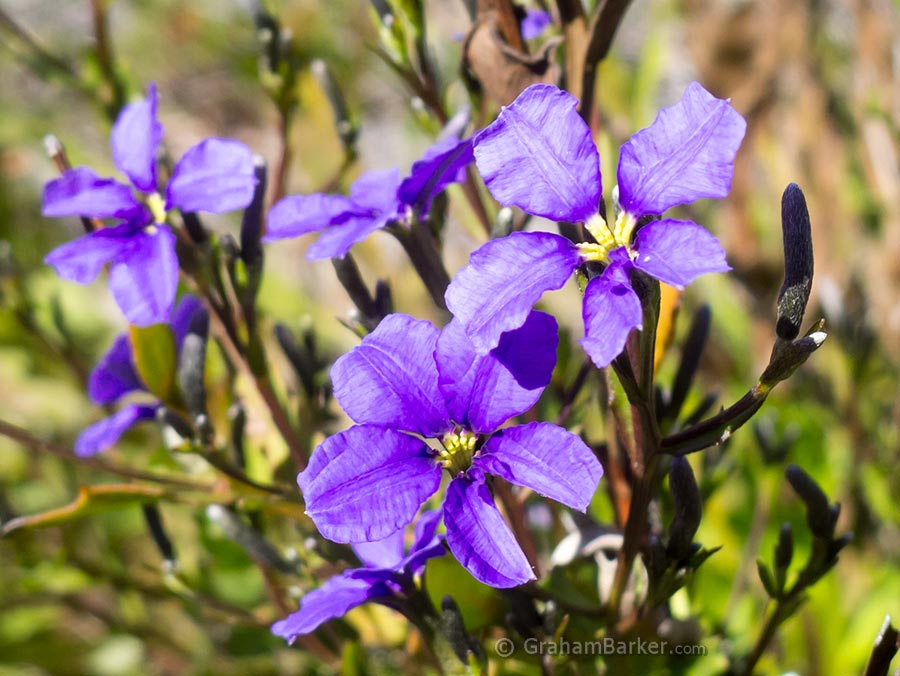 The setting was the Cape Le Grand National Park, east of Esperance on the south coast of Western Australia. Frenchman's Peak is one of the highest points in the area, and a popular destination with its panoramic views. And a distinctive two-ended cave just under the summit.

I planned to climb up Frenchman's Peak, then move on to a list of other places in a strategy to use the limited time most efficiently. All went according to plan ... until I reached the bit where the climb becomes steep. My knees insisted that a rest stop would be wise.

During this stop I noticed the wildflowers. Of course I'd noticed them before - it would be hard not to - but now I really became aware of just how many there were. And how colourful, how varied. And how many more you see when you stop and look for them, even in August before the wildflower season had really got going. 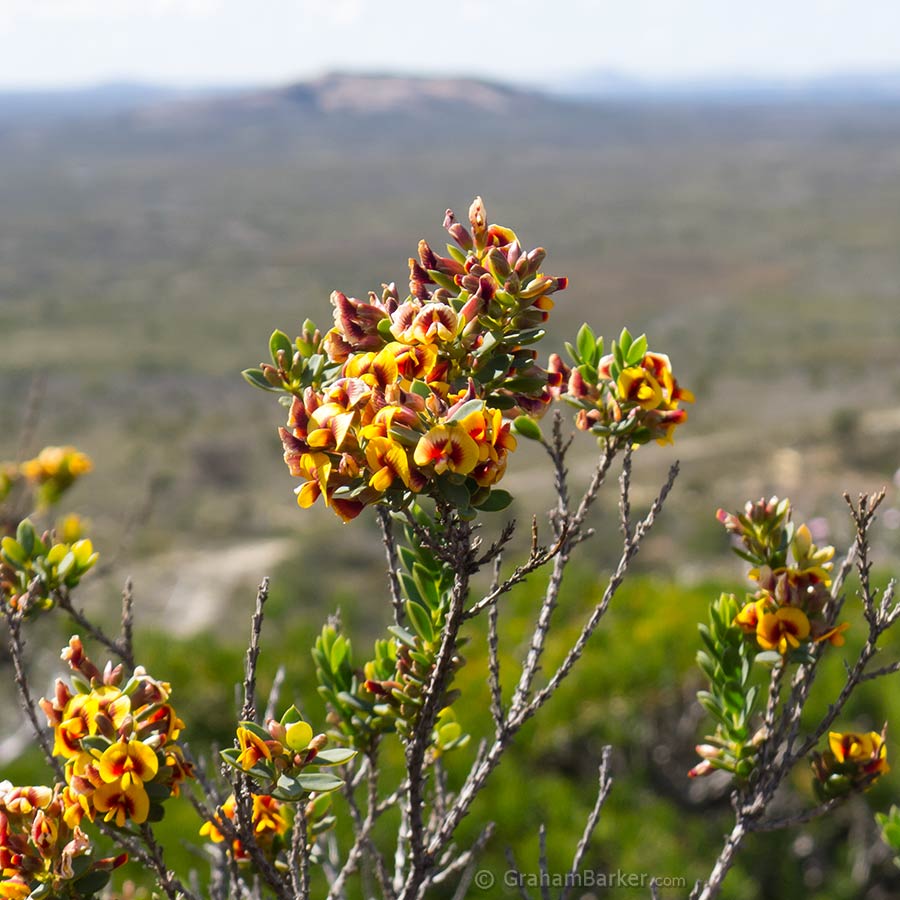 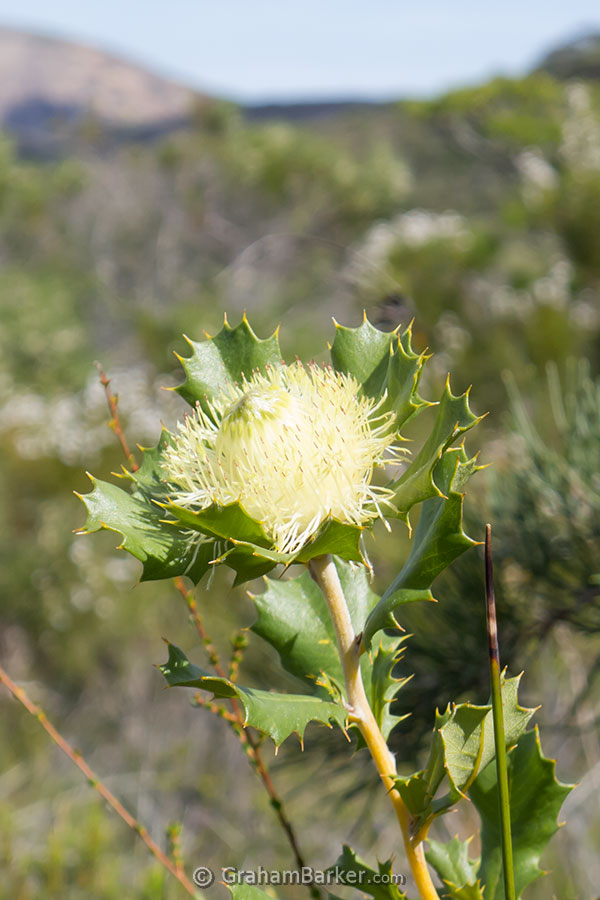 It wasn't just the flowers. All of the vegetation, leaves and stems, displayed wonderful variations in shape, texture and colour. I wondered how many shades of green are distinguishable to the human eye here: what seems like ordinary sparse scrub at first glance is unexpectedly colourful when you get up close.

What impressed me most, among many things, was the resilience of the vegetation. Under a scorching sun in a semi-arid climate, plants survive in some unlikely locations. The smallest crack in a block of old granite was enough for some plants to establish themselves. And with a bit of winter rain, they thrive, colourfully. 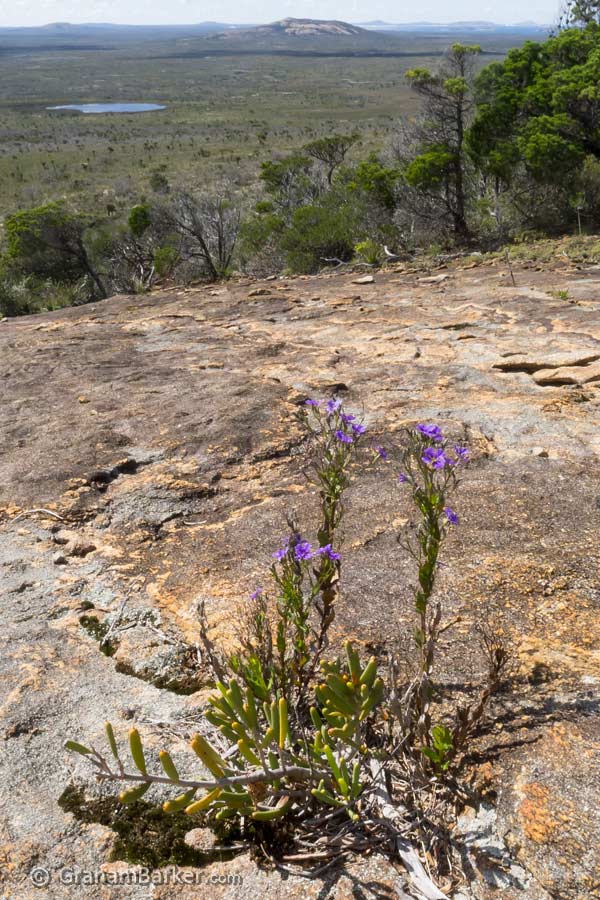 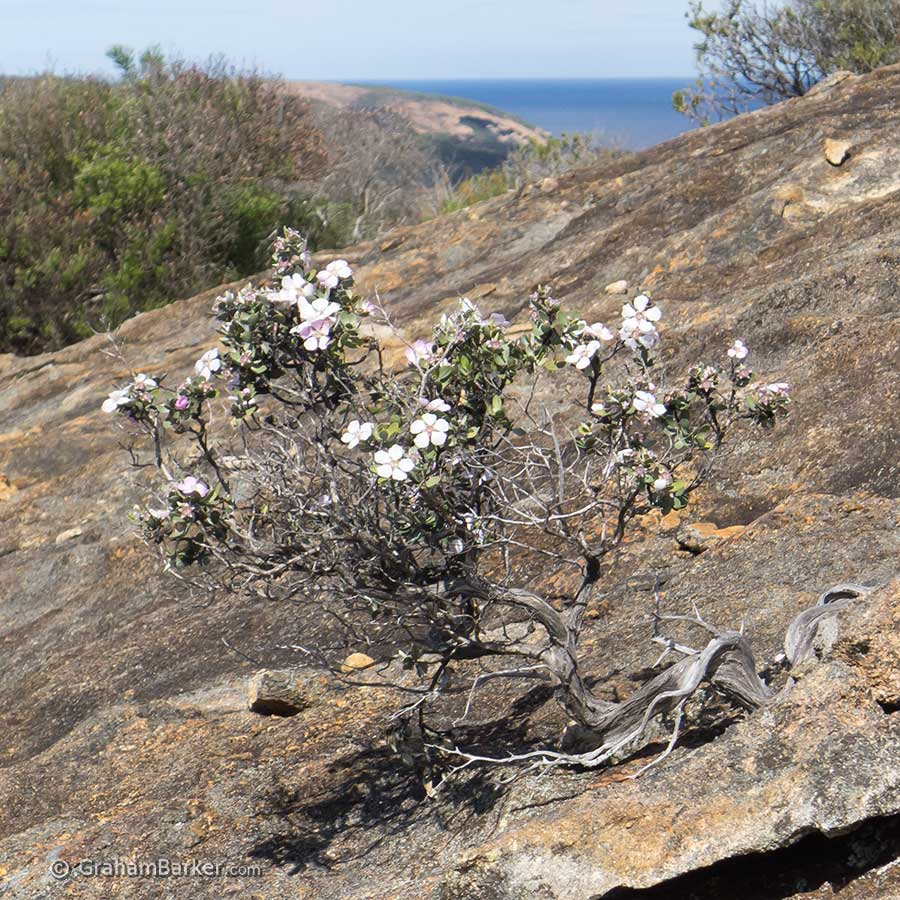 Taking time to study details like this doesn’t came naturally for most. Even independent travellers with relaxed schedules (that’s me!) can feel the pressure to cram in as much as possible. To seize the day, take the bull by the horns and milk it for all its worth.

There is certainly value in planning, and trying to squeeze the most out of the time available. Nobody likes wasting opportunities. But sometimes the “fear of missing out” gets us so caught up in seeing all the sights that we forget to occasionally stop and be more aware of the beauty around us.

Being compelled by a wonky knee to stop for a rest on Frenchman's Peak proved to me once again the value of stopping to smell the roses while travelling. Or in this case, the wildflowers. I enjoyed the relaxed and spontaneous diversion so much I ended up not reaching the summit. But I didn't feel that I'd missed out on a destination ... I just enjoyed the journey more, in a way I hadn’t planned. 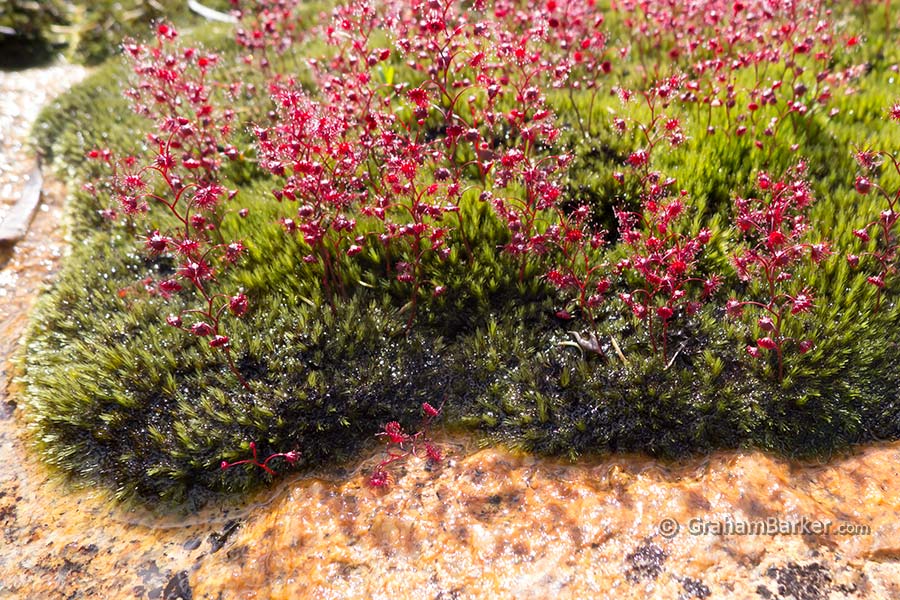 Don’t overlook small details at your feet: the intricate patch of life in this photo is only about 10cm across 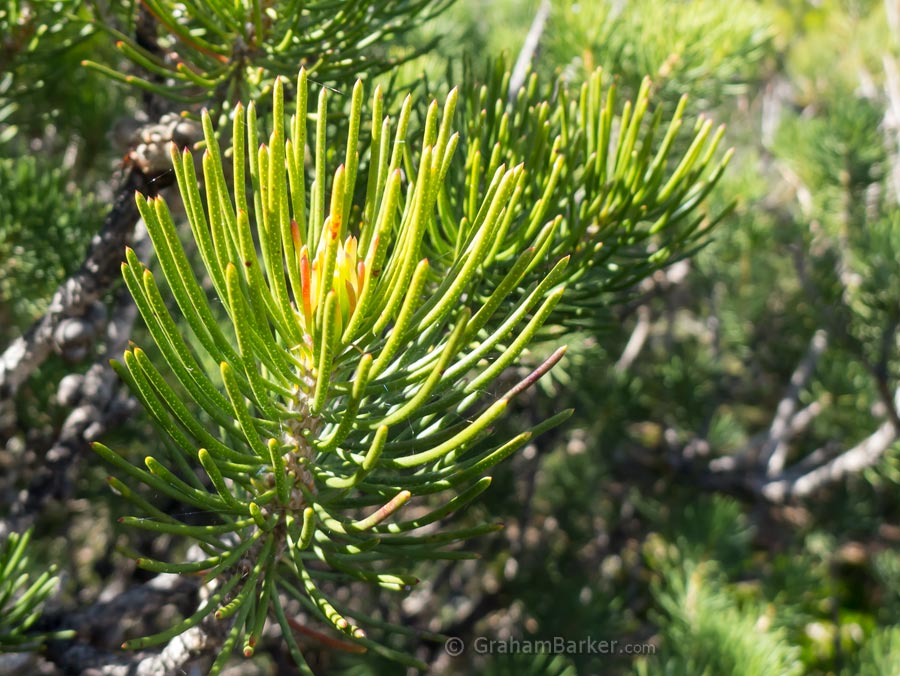 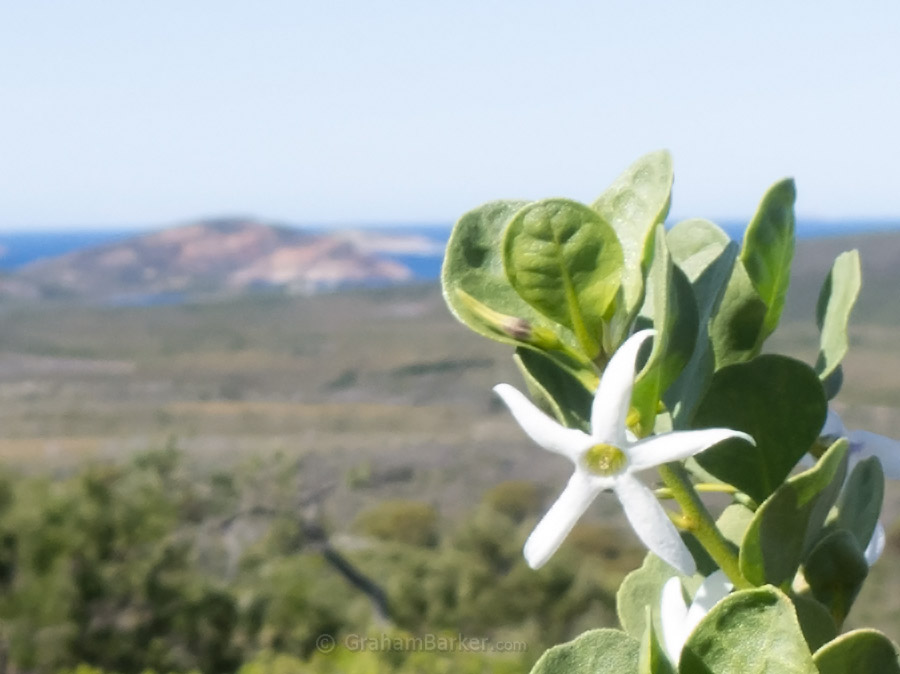