Toilet paper art in a tree

Waiting for a bus can be an opportunity to study your surroundings in detail - after all, you're a captive audience. I was in that situation at Cromwell, in New Zealand's south, when I looked up at a nearby tree and noticed it had been decorated with toilet paper. With time to give it a good look, I wondered who had done such a thing, how, and of course ... why? 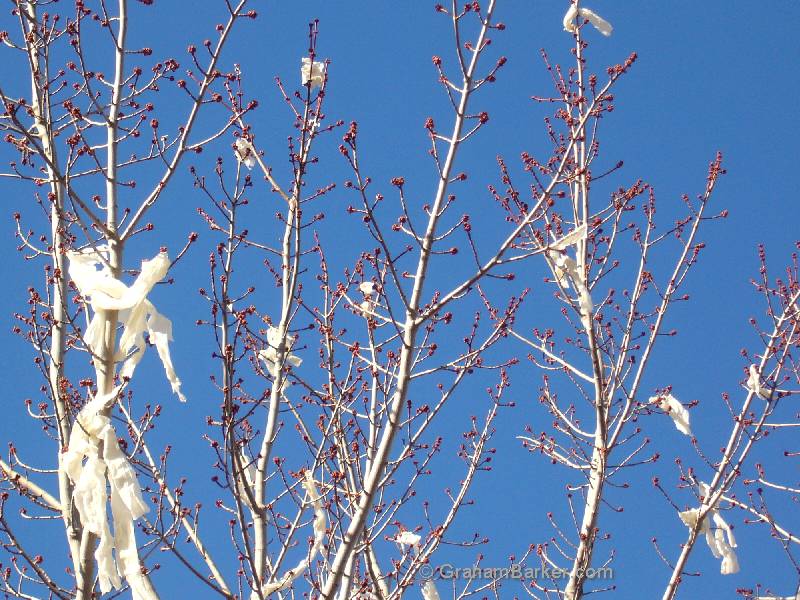 It appeared as though numerous twigs had individually had strips of toilet paper wrapped around or tied to them, as unlikely as that would be. Being winter, and the tree being deciduous, perhaps someone had felt sorry for the leafless tree and wanted to provide it with some foliage?

The tree stood close to a public toilet, which suggested that - perhaps - an artistic soul who was waiting for a companion to come out of the toilet may have filled in the time by creating artwork with the raw material at hand. Once begun, others might have been inspired to add to it. Not likely, but I wanted to believe it.

I eventually learned that what I'd seen was an example of "teepeeing", which is the act of throwing numerous rolls of toilet paper (or T.P.) over or around trees, cars or other objects, usually by minors. A young teepeeing artist informed me it is often done before rain, the result being a nice cobwebbed effect. He was American, so I suspect the practice is more common over there - I'd never noticed it before down under.

Whether for art or mischief, decorating a tree with toilet paper is temporary, biodegradable and harmless (as long as no toilet-goers are deprived of paper). It can even appear artistic to bystanders, so ... why not? I wish I'd known of this practice when I was young! 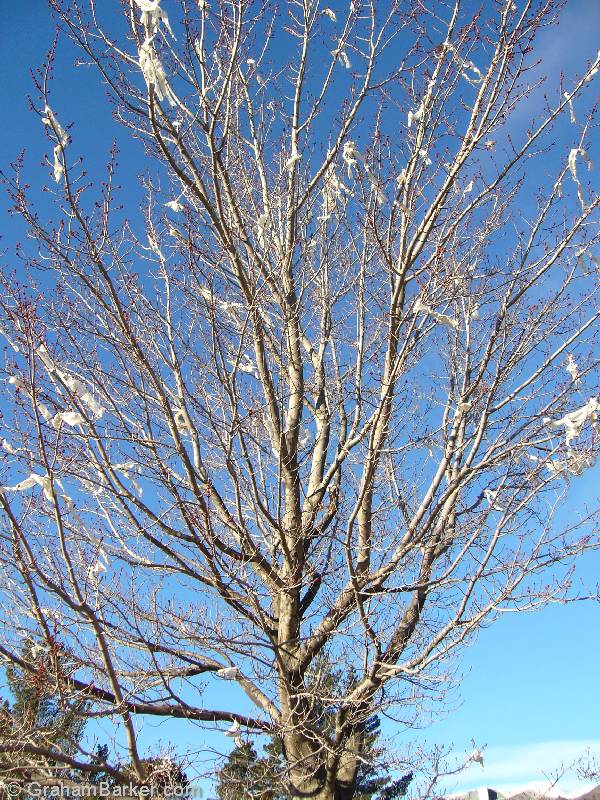