Part of Central Otago with unique character, bypassed by most foreign visitors

The Maniototo region is a part of New Zealand's south island between Dunedin and Queenstown which is bypassed by most foreign visitors. This is a shame, as they are missing out on a beautiful part of the country that's distinctly different from the rest. 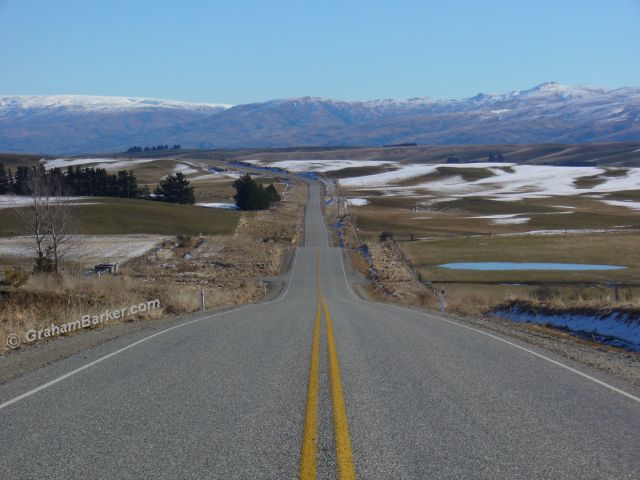 I missed out on it for a long time too, because the main transport routes used by travellers bypass the area. It wasn't until my last trip, when I made the effort to "fill in the blanks" using a hire car, that I was rewarded with what has become one of my favourite bits of kiwi land.

The area known as Maniototo is the part of Central Otago shown blue and green in this small map. It consists of elevated plains separated by mountain ranges with interesting rock formations ... and little in the way of development, other than farms. Towns include Middlemarch, Ranfurly, Naseby, St Bathans, Oturehua, Omakau and Ophir, but don't be surprised if you haven't heard of any of them. Ranfurly is the largest with a population of only 400, and St Bathans has about 7. That's one of the area's features: lots of wide open spaces without crowds. 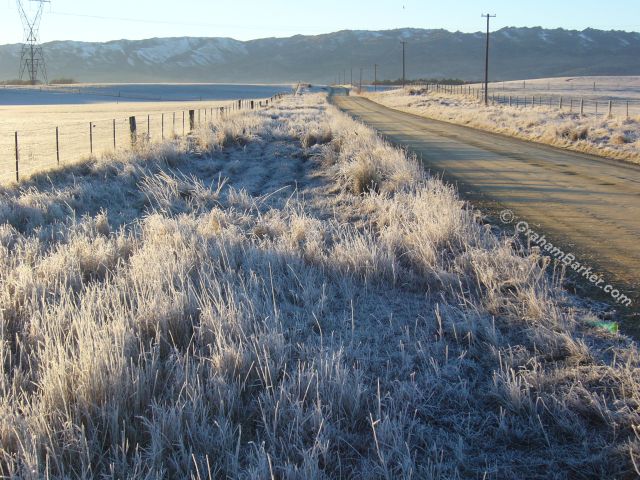 Another feature is the climate. The central Otago region, which includes Maniototo, is further from the sea than elsewhere in New Zealand and has the country's nearest thing to a continental climate. This means low rainfall, sparse vegetation, and New Zealand's coldest winters and warmest summers. Many ponds and lakes freeze in winter and are used for the sport of curling. Frosts can be spectacular - for those who appreciate their beauty - and the warm, dry summer days draw locals from the cooler coastal areas.

While not boasting mega tourist magnets like other areas, the Maniototo area is not without attractions. The Otago Central Rail Trail is becoming a popular way to explore the area between Middlemarch and Clyde (near Alexandra). Ranfurly has it's art-deco weekend, Naseby has some of the best mountain biking trails in New Zealand, and in winter curling is played on the area's ice rinks or lakes. Fishing, horse-trekking and four wheel drive tours are on offer, and the region's gold-mining history adds some ambience, particularly in the ghost town of St Bathans. 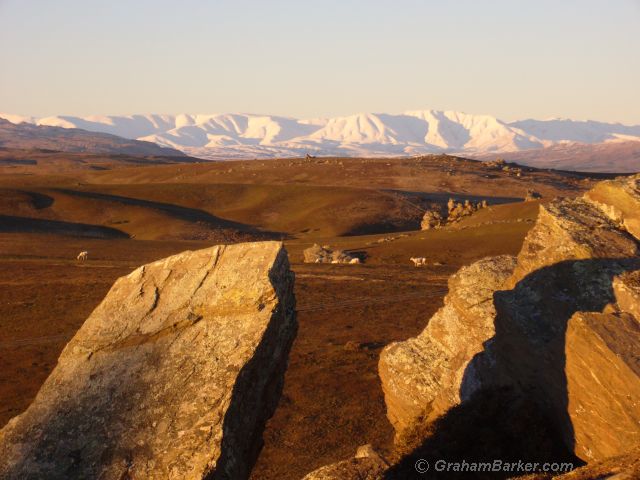 When I visited, I wandered in the forests around Naseby, hiked a section of the rail trail, and visited some historic sites. I particularly enjoyed cruising the almost empty roads and stopping to explore towns and rock features on foot. The only traffic jam I experienced was a flock of sheep blocking a back road, but by then I had relaxed so much it provided not annoyance, but an excuse to stop and gaze at the mountains .... which are never far away.

The beauty of Maniototo is not dramatic and "in your face" like it is in other parts of New Zealand. Instead it has a subtle charm and unique character that grows on you ... it certainly grew on me. 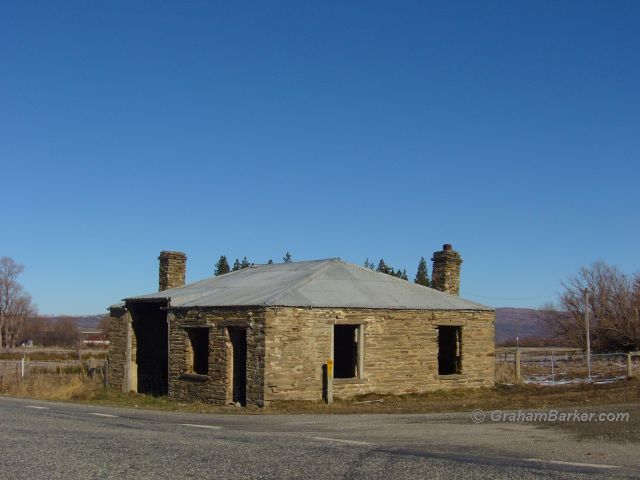