An unspoiled island, mostly national park, off the south end of New Zealand 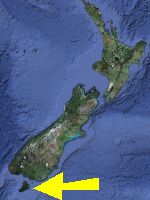 Visiting some places can leave a lasting impression: one you can still feel years later without needing holiday photos to trigger memories. For me, one such place is Stewart Island, off the south end of New Zealand's south island.

Most foreign visitors don't make it that far south. To get to Stewart Island requires travelling to Invercargill, almost at the southernmost point of the mainland. From there it is either a one hour ferry ride from nearby Bluff, or a twenty minute flight. I'd heard the ferry crossing is notoriously rough, so I opted for the flight, only to find the ride in the six passenger plane to also be very turbulent. However, it was worth whatever discomfort the G-forces inflicted.

As soon as the plane landed, it became apparent how unlike other tourist destinations Stewart Island is. The airport is a short strip on a hilltop, with just a couple of wind socks the only other structures. The pilot, who also issued the tickets at Invercargill, proceeded to unload luggage into the small van that drove right up to the plane. It was by far the most laid-back airport arrival I've experienced. A short ride in the mini-van brought us to Halfmoon Bay - comprised of just 390 people, it is the only settlement on the 60km long island, of which 85% is national park. 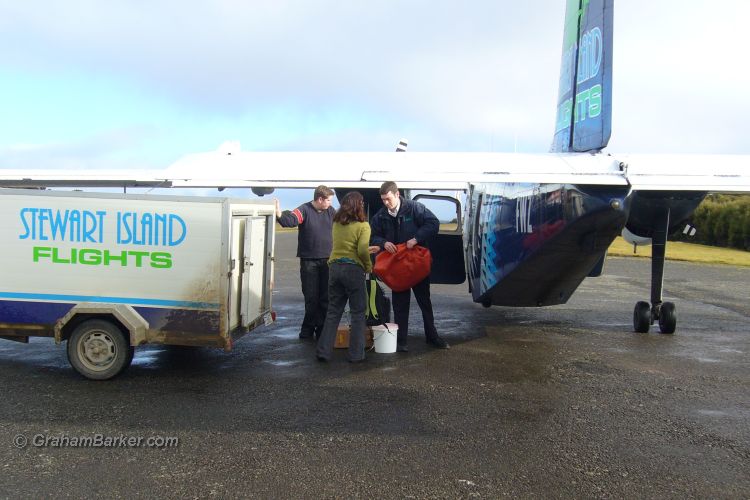 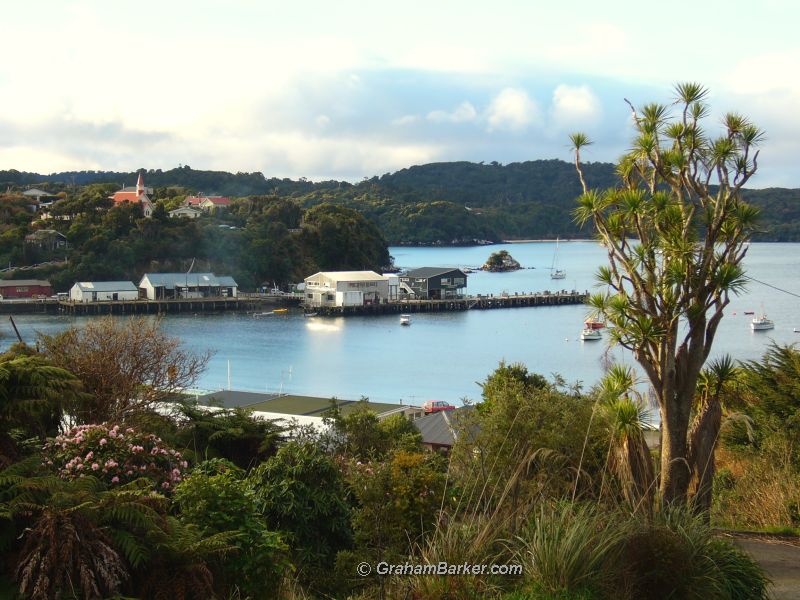 Halfmoon Bay, where the ferry arrives

Apart from the hotel/pub, a cafe and one shop, there is little to occupy those needing night-life and shopping. But that's not what people come to Stewart Island for. The real drawcards are the simpler, slower lifestyle, and an unspoilt natural environment which includes lush rainforest, pristine beaches and waterways, plus an abundance of unique wildlife.

Two of my reasons for visiting Stewart Island were to hike the Rakiura Track, and view the birdlife on Ulva Island; I've written separate pages about those. Other people's visits include hiking and wildlife viewing in other places, plus boating, kayaking, diving, fishing and hunting. While there are organised tours, cruises and guided walks, you can do many of these things on your own.

My third reason for visiting - one shared by most - was to simply relax and enjoy the peace and quiet. Where better to do this than a place where nothing feels urgent, where ATMs and fast food don't exist yet, where heavy traffic is impossible, and where the enchanted forest and native wildlife is much as it was before people came along. 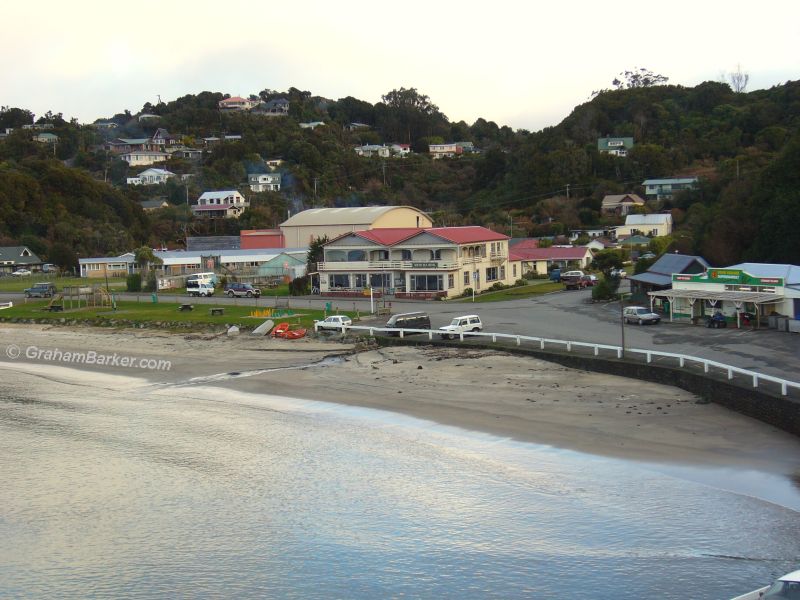 The Stewart Island website says it well: "our Island offers a special experience - a glimpse into a simpler, slower lifestyle, in rhythm with the sea and the tides, attuned to the natural world of bush and beach." I can attest that there is no exaggeration in that statement, my delightful stay having done wonders for my mental health.

I left Stewart Island feeling refreshed, and glad that such places still exist. I was also in a dilemma - wanting to share this great treasure with other travellers, but at the same time wanting it to remain overlooked and therefore unspoiled by crowds. Fortunately the limited plane and ferry capacity, and the limited accommodation, restrict the numbers who can go there at any one time. Hopefully this will keep the island from being loved to death. 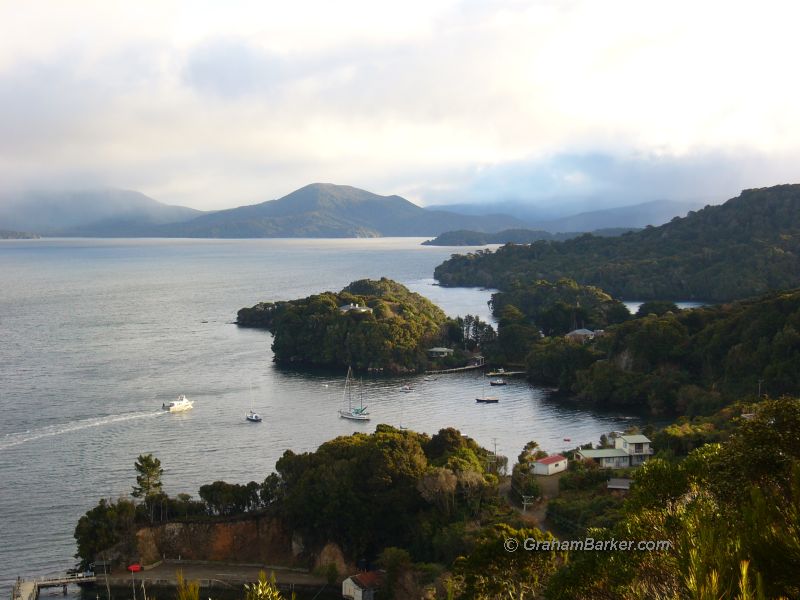 Regular flights cost more than the ferry, but the extra cost of getting to Bluff to catch the ferry, as opposed to Invercargill airport, offsets some of the difference. If time permits, using standby fares can make flying cheaper. Flying one way and catching the ferry the other way is another option.